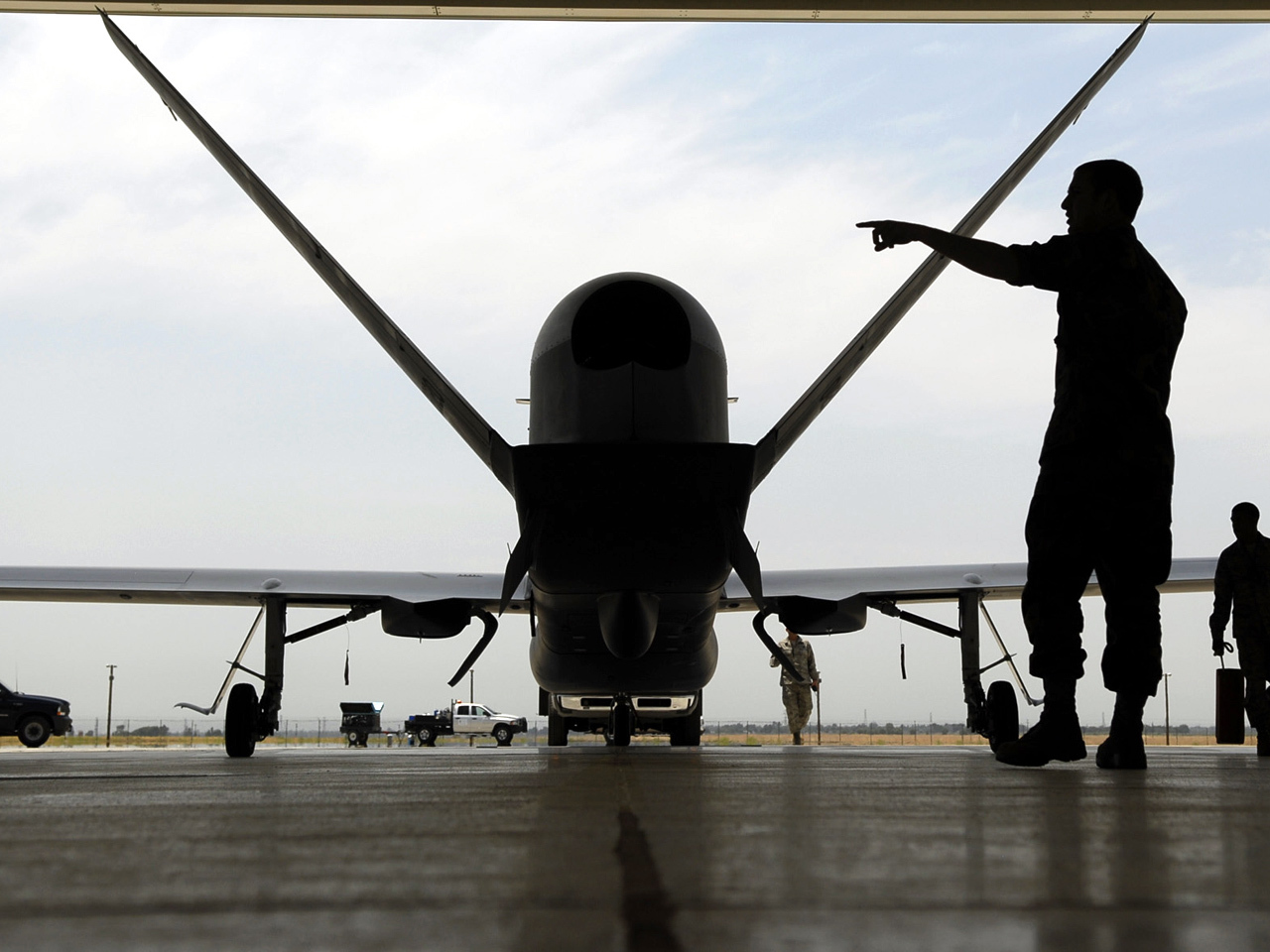 A lower court federal judge sided with the CIA last year and dismissed a lawsuit by the American Civil Liberties Union seeking records about the use of drones. In response to an ACLU Freedom of Information Act request, the CIA had refused to confirm or deny the existence of responsive records.

The use of American drones has provoked anger abroad, particularly in Pakistan, where human rights groups say innocent people have been victims.

At a hearing on its appeal of the lower court ruling, the ACLU told a three-judge panel that several high-ranking officials, from then-CIA Director Leon Panetta to President Barack Obama, have publicly acknowledged the use of drones.

The government has argued that such statements do not specifically refer to the CIA's involvement in drones.

But Judge Merrick Garland cited a speech this year by President Barack Obama's counterterrorism chief, John Brennan, in which Brennan said the government targets terrorists with drones, and uses the "full range" of the government's intelligence capabilities.

"Isn't that an official acknowledgment that the CIA is involved with the drone program?" asked Garland, an appointee of Democratic President Bill Clinton.

Garland said that the government was asking the court to say "the emperor has clothes, even when the emperor's boss" says the emperor does not have clothes.

Judge David Tatel, another Clinton appointee, asked about a 2010 comment that Panetta made to ABC News when he was CIA director: "... the more we continue to disrupt al-Qaida's operations, and we are engaged in the most aggressive operations in the history of the CIA in that part of the world, and the result is that we are disrupting their leadership."

Delery replied that Panetta did not specifically mention drones.

The CIA initially refused to admit or deny that it had any relevant records and said that merely confirming the existence of material would reveal classified information. That refusal to confirm even the existence of a record is a Cold War-era legal defense known as the Glomar response after the Glomar Explorer, a ship built with secret CIA financing to try to raise a Soviet submarine from the ocean floor.

But Delery told the court that the government was no longer making that claim. He pointed to a declaration made in June by John Bennett, director of the CIA's National Clandestine Service, in another FOIA case pending in New York City in which the ACLU is seeking information about the targeted killings of three U.S. citizens in Yemen.

In that declaration, Bennett said that in light of speeches made by senior U.S. officials on the subject of killing al-Qaida leaders, the CIA conducted a search for records responsive to the ACLU's request in the New York case.

"Based on that search, it has determined that it can now publicly acknowledge that it possesses records responsive to the ACLU's FOIA request," he said. But he said the spy agency can't provide the number, nature or categorization of those records without disclosing information protected under FOIA exemptions.

Delery said that the question of whether the CIA has documents on drones is "not where we're drawing the line."

ACLU lawyer Jameel Jaffer said in a telephone interview that the government has "repackaged" the same argument.

"They continue to take the position that they haven't acknowledged the CIA uses drones to carry out targeted killings," he said.