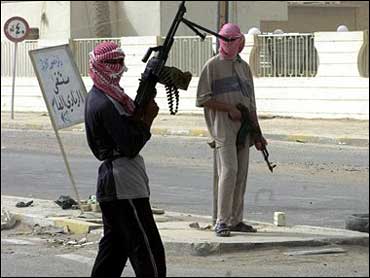 The U.S. military launched a major combat operation Friday as 1,000 Marines and Iraqi soldiers fanned out to track down insurgents and foreign fighters in a volatile western province straddling Syria.

Operation Spear started in the pre-dawn hours in Anbar province, the military said. The area is where U.S. forces said it killed about 40 militants in airstrikes in Karabilah on June 11.

The operation began a day after Air Force Brig. Gen. Don Alston called the Syrian border the "worst problem" in terms of stemming the influx of foreign fighters into Iraq. Syria is under intense pressure from Washington and Baghdad to tighten control of its porous 380-mile border with Iraq.

The Marines have lost 11 men and two sailors in the past week in separate incidents around Anbar.