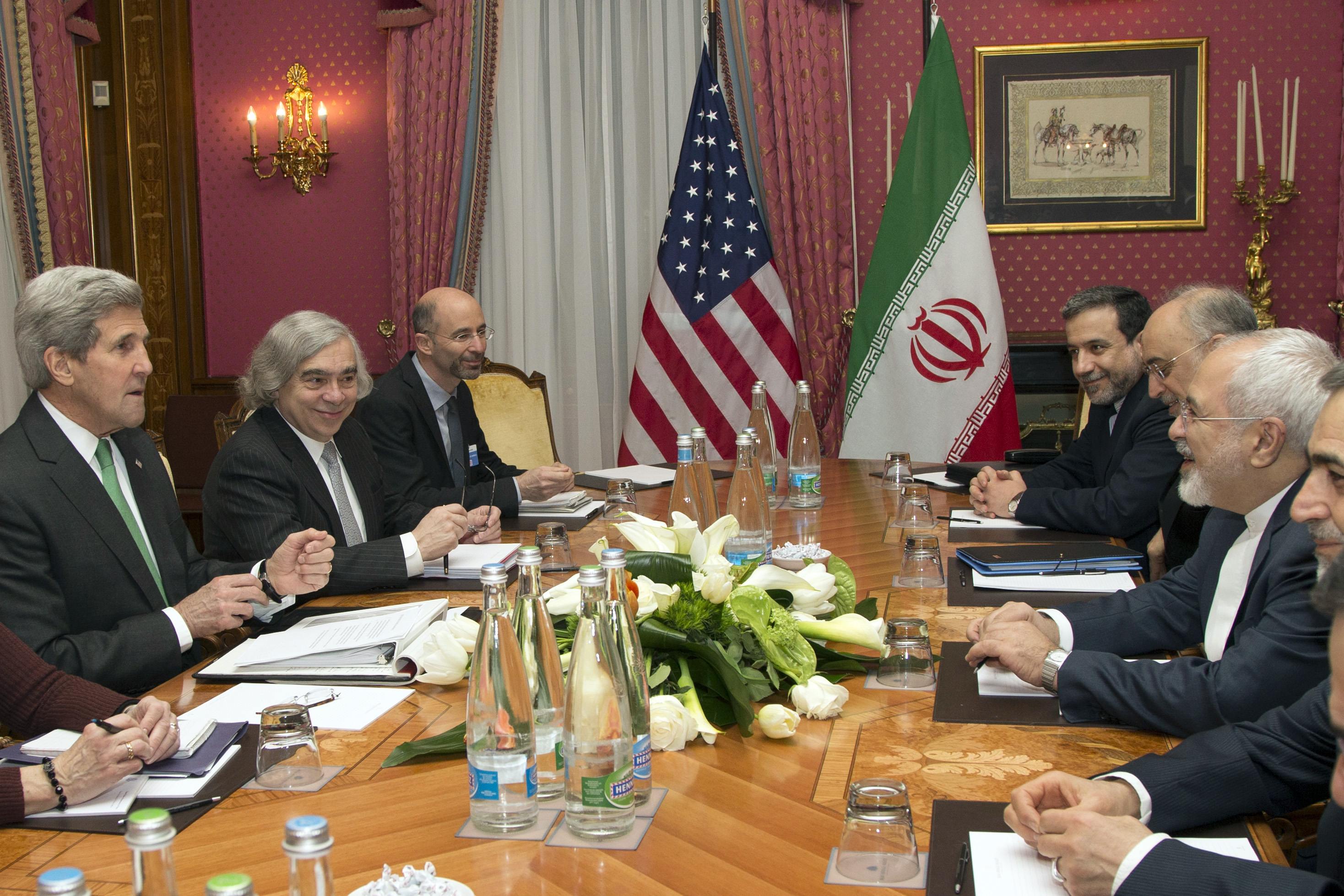 LAUSANNE, Switzerland -- Warheads and nuclear reactors are just about the last thing that comes to mind as you walk around the luxury Beau Rivage Palace, situated alongside Lake Geneva and the Swiss Alps.

But in this bucolic setting, top atomic scientists from the U.S. and Iran -- charged with hammering out the technical nuts and bolts of a nuclear deal -- say they've made substantial progress.

Neither side is promising a breakthrough, but there is enough momentum to prompt European negotiators to fly here in order to weigh in on the terms of the emerging agreement.

During the fourth day of intense one-on-one consultations, Ali Akbar Salehi, chairman of the Atomic Energy Organization of Iran, and U.S. Energy Secretary Ernest Moniz negotiated over the technical limits that would allow Iran to maintain a nuclear program, but keep it from making a bomb.

The modeling is so secret the U.S. doesn't even share details with its negotiating partners, known as the P5+1.

Experts at those labs are calculating how long it would take Iran to produce enough weapons-grade fuel for a nuclear weapon if they decided to barrel ahead.

The results of their research on centrifuges, nuclear reactor design and fissile material will then be handed off to diplomats who will craft the terms of any deal. That is when the really difficult stage of these talks will begin.

Secretary of State John Kerry and Iranian Foreign Minister Javad Zarif have focused on the political end of the deal, and so far have not been able to report much progress.

Their aides and advisors are charged with finding a way to implement a sanctions relief package that both incentivizes Iran to make concessions and satisfies skeptics back home.

Iran has been reluctant to allow regular, snap inspections of its nuclear facilities and military bases, or to disclose any past research into weapons-development.

One U.S. diplomat involved in the talks said they were trying to keep the "rollercoaster" negotiations on track, but it was still unclear whether compromise would be possible.

Kerry and Zarif joined the meeting Wednesday afternoon with the European Union negotiator Helga Schmid now part of the process.