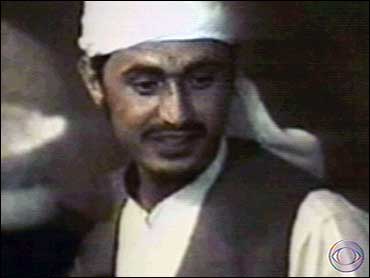 U.S. officials tell CBS News that intelligence has picked up reports that al Qaeda in Iraq is planning what one source calls the "Big Bang," a spectacular terrorist attack in Iraq against either a single high-profile target or multiple targets simultaneously.

Last week's mosque bombing in city of Samarra that brought Iraq to the brink of civil war was the work of terrorists, some U.S. officials have theorized. Abu Musab al-Zarqawi seems to be betting that another big bang would push the country over the brink, reports CBS News correspondent David Martin. The bomb in one of the holiest sites for Shiite Muslims set off violence all across the country that left hundreds dead.

The Iraqi government has banned all private vehicles in Baghdad during daylight hours Friday, the Muslim prayer day, just as it did last week. That kept car bombs, what the military cars vehicle-born improvised explosive devices, off the streets.

But Zarqawi just waited until the ban was lifted.

"The day the vehicle ban was lifted, all these VBIEDS that he had staged he deployed in Iraq and detonated over the last three days," said Maj. Gen. Rick Lynch, a U.S. military spokesman.

This week, the ban takes effect when the overnight curfew ends at 6 a.m. Friday and will last until 4 p.m. Friday, according to a statement issued by the prime minister's office. Police and army were instructed to seal off the capital and seize any private vehicles that defy the ban.

Pentagon officials are also worried that a terrorist spectacular will undermine administration claims about progress in Iraq and therefore weaken public support for the war here at home, Martin reports.

On Thursday, a bomb ripped through a vegetable market in a Shiite section of Baghdad and a leading Sunni politician escaped an attack on his convoy as at least 36 people were killed in unrelenting violence pushing Iraq toward civil war.

However, on Friday, the top U.S. military commander in Iraq downplayed talk that the nation is headed toward civil war. General George Casey said "it appears that the crisis has passed" after days of bloodshed following the bombing of a sacred mosque.

But Casey told reporters at the Pentagon from Baghdad that a major new attack could threaten stability once again.

The general said military officials believe violence since the Shiite shrine bombing February 22nd has left about 350 civilians dead. He said Iraqi forces responded fairly well to the violence, but that there were still cases of militia members being allowed to pass through checkpoints.

As sectarian killing surged last week, the U.S. 2nd Brigade, 1st Armored Division was put on alert in neighboring Kuwait for a possible move into Iraq, the military said. But no orders were given for such a move.

The violence has complicated talks to form a broad-based government, which U.S. officials consider essential to cut support for insurgents among the Sunni-Arab minority so coalition forces can start drawing down later this year.