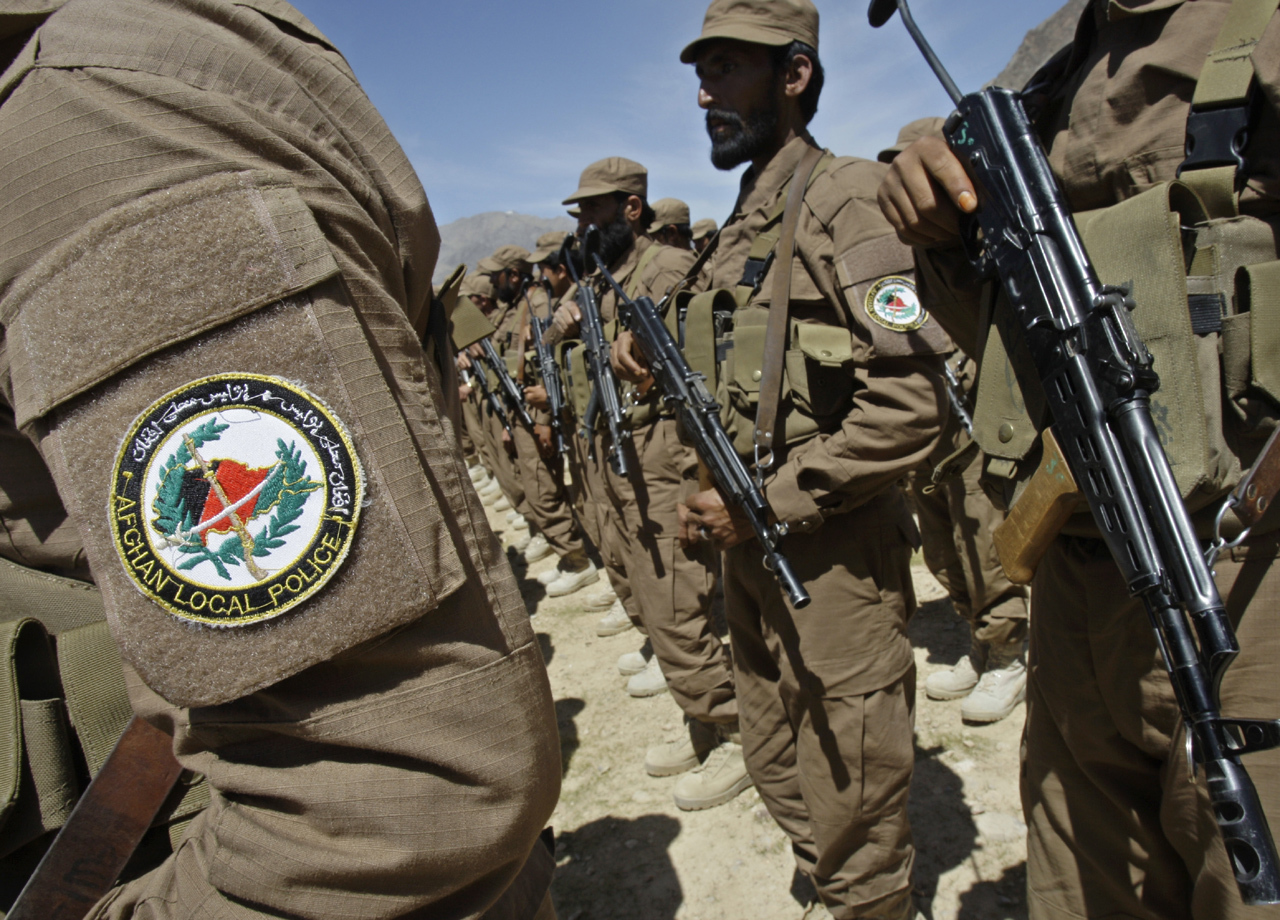 There have been 34 attacks by Afghan police or soldiers on their international allies so far this year — at least 12 in August alone. The members of the Afghan security forces have killed 45 international troops, putting intense strain on the relationship.

The attacks have complicated a key pillar in the plan for the U.S.-led coalition to withdraw by the end of 2014 — training Afghan forces to take the lead in securing their own country.

Lt. Col. Todd Harrell, a spokesman for U.S. special operations forces in Afghanistan, said the Americans have halted training for at least a month of about 1,000 trainees of the Afghan Local Police (ALP), a government-backed militia that is under the authority of the national police but operates independently. He said the Americans are redoing background checks on the Afghans.

"The training of the ALP recruits has been paused while we go through this re-vetting process to take a look at this process to see if there's anything that we can improve," Harrell said. "It may take a month. It may take two months. We don't know."

The United States and its allies have been training the Afghan army and police so that they can gradually take over security for the country by the end 2014. They hope to have about 350,000 Afghans trained and ready by the end of the year, and gradually have been putting them in the lead for security in parts of Afghanistan since last year.

Coalition authorities have said about 25 percent of this year's insider attacks had confirmed or suspected links to the Taliban. The militants have sometimes infiltrated the ranks of the Afghan army and police and in other cases are believed to have coerced or otherwise persuaded legitimate members to turn on their coalition partners.

The international forces in Afghanistan have been revisiting both security for their forces and re-examining the backgrounds of the Afghan forces in the wake of the recent attacks on international troops. The coalition has already been re-vetting Afghan soldiers returning from leave.

U.S. special operations forces are responsible for the 16,000-strong ALP and decided to stop training the new recruits among them while re-vetting them. The ALP already in the field, who have already been trained, will continue to operate as normal, Harrel said. The government will also keep recruiting new members, he said.

Col. Tom Collins, a spokesman for the international military coalition in Afghanistan, also said there was no set date to resume training of the ALP.

The pause in training was first reported by the Washington Post.

Harrell also disclosed for the first time on Sunday that the Americans last month suspended operations by the Afghan special forces last month to re-vet those soldiers for any potential ties to insurgents or any other indications that they might turn on their allies. He said the suspension lasted less than two weeks and that the forces have since resumed operations.

Harrell said he was not aware of any Afghan troops who were suspended or flagged for monitoring in that round of re-vetting.

The Post also reported that training of special operations forces had been halted. But a spokesman for the NATO training mission in Afghanistan, or NTM-A, which oversees this training, said there has been no such pause.

"There has been no halt in training with NTM-A assets as they relate to special forces," said Maj. Steve Neta of the Canadian military. He also said no other training programs involving the traditional military or police have been halted for re-vetting.

"It will continue," he said, adding it has not been halted. "After the 15th of September, we restart," he added.

The most recent insider attack took place last week when an Afghan army soldier turned his gun on Australian soldiers, killing three of them and wounding two, the Australian military.

Afghan President Hamid Karzai's office condemned an operation by international troops to catch the shooter, describing it as unilateral. He alleged it resulted in the deaths of two civilians — a 70-year-old man his 30-year-old son. Karzai's office said in a statement late Saturday that the operation took place without the coordination or approval of provincial authorities and violated an agreement that calls on Afghan troops to lead night raids.

The international military alliance responded by saying that Afghan officials approved and supported the strike.

In a related incident, NATO said it arrested a Taliban insurgent who was responsible for the May 12 shooting of two members of the British military in Lashkar Gah, the capital of Helmand province in the south.

At the time the man was a member of the Afghan police. An accomplice was shot and killed at the scene. The man, who was not further identified, was arrested along with another suspected insurgent on Aug. 30 in the Hisarak district of eastern Nangarhar province.