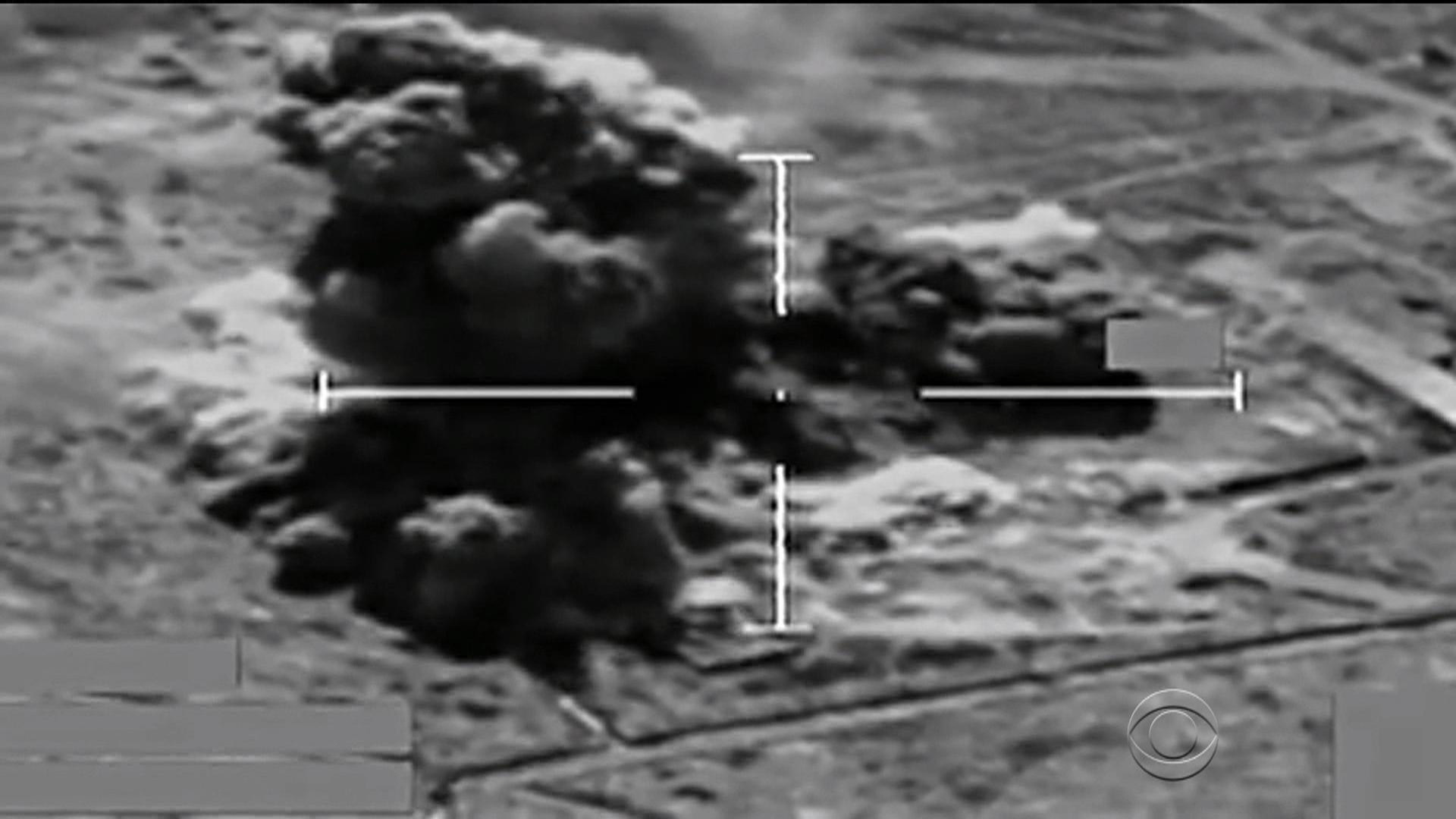 WASHINGTON, D.C.-- CBS News learned Wednesday that U.S. Special Operation forces in northern Iraq have captured an ISIS commander who was developing chemical weapons. Among them -- mustard gas -- first used by Germany in World War I.

Mustard gas is not lethal in most cases, but can cause severe burns to the eyes, skin and lungs. And so it is banned by the civilized world.

Video appears to show the aftermath of an ISIS chemical weapons attack using a mustard agent in Syria last year. But a recent operation mounted by Delta Force Commando inside Iraq may have disrupted future chemical attacks by ISIS.

In a raid last month, Delta captured an ISIS chemical weapons expert, an Iraqi who had once worked for the regime of Saddam Hussein. After interrogating him, U.S. intelligence was able to identify a building in Mosul where mustard agent was manufactured and loaded into artillery shells.

The video released by the British Defense Ministry shows a building described as an ISIS weapons factory being destroyed by an air strike this past weekend.

By Pentagon count, ISIS has mounted a dozen chemical weapons attacks in Iraq and Syria, a fact confirmed by CIA Director John Brennan in a "60 Minutes" interview.

"We have a number of instances where ISIL has used chemical munitions on the battlefield," Brennan said.

"There are reports that ISIS has access to chemical precursors and munitions that they can use," Brennan said.

Just the day before the strike on the chemical weapons building, U.S. aircraft targeted a top ISIS commander, known by the alias Omar the Chechen, who the Pentagon considered to be the equivalent of the group's Secretary of Defense.

U.S. intelligence is still trying to confirm if he was in fact killed.

And this evening, news of what appears to be an intelligence goldmine -- the names, addresses, and phone numbers of some 20,000 ISIS fighters from countries across the Middle East, Africa, Europe and North America, reportedly given to London's Sky News by a disgruntled member of ISIS.

CBS News consultant Richard Walton, former head of counter terrorism for Scotland Yard, said that if the documents are authentic this would be one of the most significant intelligence finds since ISIS was created.