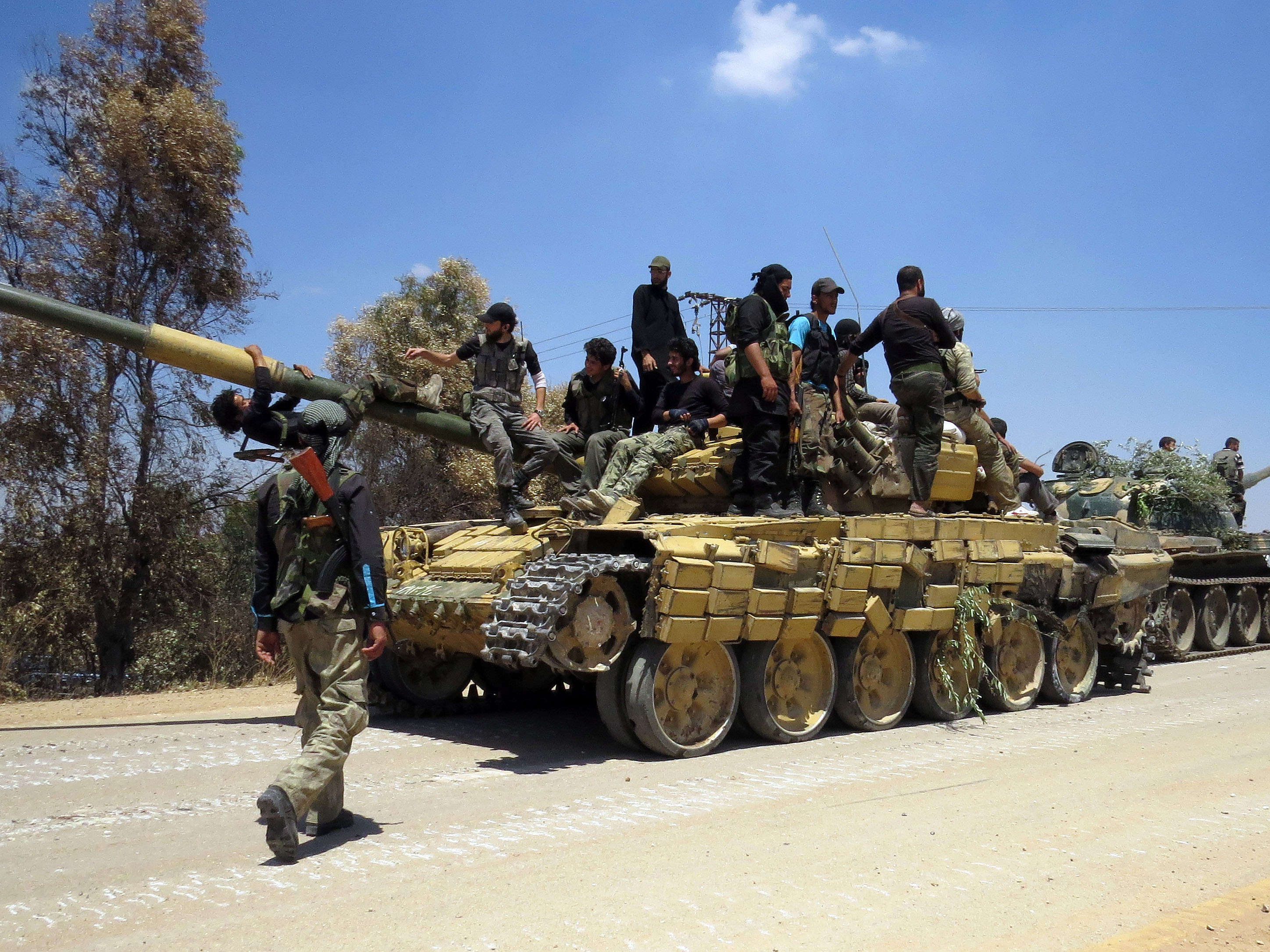 Having for months balanced precariously on the brink of the civil war-scape in Syria, the United States as of last week seems en route to playing an active role in the bloody, two-year Middle East conflict - but without the who, what, when and how that often accompanies such major policy shifts, lawmakers worried Sunday.

"What is the plan? Where are we going in Syria? And what do you want to accomplish?" House Intelligence Chairman Mike Rogers, R-Mich., fired off Sunday on "Face the Nation."

Concluding that Syrian President Bashar al-Assad's government used chemical weapons against the rebels seeking to overthrow him, the White House on Thursday announced it would supply military support to the opposition, abandoning its history of providing strictly nonlethal assistance and humanitarian aid. The administration clarified Friday it would not dispatch U.S. troops into the raging civil war, but was vague about the resources it planned to provide the rebels.

Easier said than done, Rogers said, predicting that if presented with the request to arm the opposition "tomorrow," members of Congress would not likely get behind it unless they had a comprehensive outline of President Obama's goals: "It seems to me they have a great media strategy; they don't have a great Syrian strategy," Rogers said of the administration. "They've got a lot of explaining to do to come up and say, 'Here's our comprehensive plan on how we move forward on what is a catastrophic situation that's getting worse every single day in Syria.'

"...Some of the things that they've told us - told the Intelligence Committee - in the past doesn't comport with what they're presenting as the direction they want to go," Rogers continued. "We had both Republicans and Democrats on the committee express concern about where they think we are today, and where we think the administration wants to go."

Any assistance at this point, though, is too little too late, other Republican lawmakers grieved, particularly if it's consistent with reports that aid will be in the form of small arms and ammunition through a CIA program.

"If we don't do more than add AK-47s into the mix, [Assad] will continue to win, and the King of Jordan is going to become toast," Sen. Lindsey Graham, R-S.C., said on NBC's "Meet the Press." "The whole region is about to blow up." Graham's frequent ally in the Senate, John McCain, R-Ariz., earlier this month carried out a clandestine meeting with Syrian rebels while on a trip to Turkey, and upon his return increased pressure on Mr. Obama to provide them with arms.

Sen. Marco Rubio, R-Fla., on ABC's "This Week" assessed that if he were president, "we never would have gotten to this point": "These were options that were there for us a year and a half ago, before things became this chaotic," Rubio said. "The fact that it's taken this White House and this president this so long to get a clear and concise policy on Syria has left us with the worst possible scenario right now."

And former Vice President Dick Cheney, appearing on "Fox News Sunday," agreed that it's "not clear" what the U.S. mission is: "The question is whether, now, you're a day late and a dollar short," he said.

Admittedly, Mr. Obama's chief of staff Denis McDonough said on "Face the Nation," the White House hasn't "gotten into the, kind of, individual puts and takes" of its role in Syria. But "what we have said," he went on, "is that the scope and scale of our assistance - which has been robust heretofore - to the Syrian opposition council as well as to the Syrian military council; actually the fighters on the ground, that assistance will expand."

Sen. Bob Menendez, D-N.J., on CNN's "State of the Union," said the president's decision to arm rebels is the proper "first step," but conceded it's "a hard battle to win" if the United States and its allies don't address Assad's tremendous air power: "The reality is we need to tip the scales, not simply to nudge them," the chairman of the Senate Foreign Relations Committee said Sunday. "You can't just simply send them a pea shooter against a blunderbuss at the end of the day."

Many in the GOP have called for a no-fly zone in Syria - a line embraced by Egyptian President Mohammed Morsi, who on Saturday cut off diplomatic relations with Syria and closed Damascus' embassy in Cairo amid amplifying calls from hard-line Sunni clerics to launch a "holy war" against the Assad regime. "To a large degree," Menendez said, "this is about whether you exert American leadership with our allies abroad.

"...A lot of what we might want to see done can be done through our allies, if we direct them," he said.

Mr. Obama will have the chance to discuss the matter with his foreign counterparts Monday in Northern Ireland where he is attending the annual G8 Summit. While there, he also plans to meet with Russian President Vladimir Putin - one of Assad's most loyal backers - about the possibility of a settlement in Syria that engages rebels with the Assad regime.

McDonough said that while "we want to make sure that Syrians who want to take charge of their own country have the ability to do that," the United States must also be "very discerning about what's in our interest and what outcome is best for us, and the prices that we're willing to pay to get to that place.