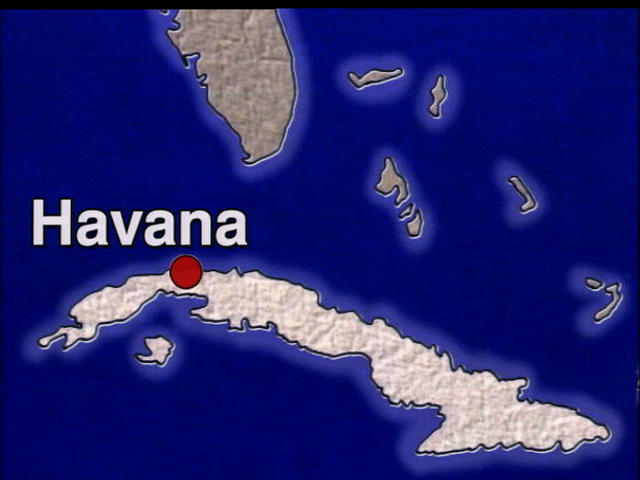 Havana Cuban and U.S. officials will hold the first migration talks between the two nations since 2011 in Washington on Wednesday.

Analysts believe both countries have a strong interest in getting them off the ground again.

"I think there is a lot of clarity in both capitals that geographic proximity and family connectivity require the two governments to establish a regular channel for problem solving and information sharing in this space," says Julia Sweig, Director of Latin American Studies, Council on Foreign Relations.

"Much has changed regarding the flow of people back and forth," she added.

Periodic discussion of the issue has taken place since 1980, but an accord was not reached until 1994, when the two countries sat down to find a solution to the rafters' crisis in which 30,000 people fleeing economic troubles at home set out on flimsy crafts hoping to reach U.S. shores.

The following year, the U.S. and Cuba signed a second migration accord. Both were agreements to work toward "safe, legal and orderly migration." And they called for regular reviews of their implementation.

The Bush Administration broke off these twice-yearly talks, along with taking other measures such as severely restricting the rights of Cuban Americans to travel back to the island -- limiting them to only one visit every three years.

President Obama reestablished the rights of Cuban Americans to visit their homeland as much as they want and resumed the talks, only to break them off over the detention and jailing of U.S. contractor Alan Gross, which the State Department has repeatedly said remains a major obstacle to any improvement in relations between the two neighboring countries.

Gross is serving a 15-year sentence in a Havana military hospital for bringing sophisticated communication equipment illegally into Cuba as part of a USAID program to promote democracy on the island. In Havana's eyes, the program aims for regime change.

Arturo Lopez Levy, lecturer and PhD Candidate at the Josef Korbel School of International Studies at the University of Denver, and a Cuban-American says, "Opening the talks again is a sign of both sides' will to explore ways to advance their positions through negotiations. It opens the possibility of a new virtuous cycle in which a positive action by Cuba or the United States can be reciprocated by the other side. Issues such as Alan Gross' situation and the presence of Cuba on the list of State Sponsors of Terrorism are on the table because both sides know that their interlocutor would react positively to a goodwill gesture."

Nevertheless, when the talks were announced last month, State Department spokesman William Ostick said they do not signify a change in U.S. policy toward the island.

Instead, he insisted that, "Continuing to ensure secure migration between the U.S. and Cuba is consistent with our interests in promoting greater freedoms and increased respect for human rights in Cuba."

But critics of warming relations eye with unease the fact that Wednesday's talks follow recent bilateral meetings in Washington on direct mail service, suspended since the 1960s.

The migration accords commit the United States to issue visas to a minimum of 20,000 Cuban migrants each year, while Cuba promised to discourage irregular and unsafe departures.

The U.S. also agreed to return illegal migrants picked up at sea to Cuba and Havana promised not to take reprisals against them and to allow U.S. diplomats posted at the U.S. Interests Section in Havana to visit the returnees to make sure they are not being treated unjustly. This is important, as it represents a relaxation of Cuba's previous restrictions on the movement of American diplomats on the island.

Similar softening in these movement limitations is taking place in the U.S., with Washington giving Cuban diplomats posted there or at the U.N. in New York permission to travel to different states, even to Miami.

The U.S. Interests Section also recently took steps to speed up visa interview appointment scheduling and is processing many thousands more Cubans than before. But ordinary Cubans, particularly young ones asking for temporary tourist visas, still complain that they are more often than not turned down as possible immigrants.

The interviews take place in a waiting room, with the visa applicants called up to a window. Anyone there, including others waiting to be interviewed, can hear what's being said in the interviews being conducted. The "interviews" often last less than a minute.

In January 2012, the Cuban government relaxed its travel restrictions, allowing a much greater number of people, including dissidents, to leave the island and for a much longer period of time without losing their property or rights as citizens, to two years instead of 11 months.

That, says Lopez Levy, is a game changer in reaction to which both countries "probably need to update their cooperation in this area in which there are new challenges and opportunities."

He sees the new situation as one in which both sides have something to bring to the table. "Presidents Obama and Raul Castro can bring new positive dynamics to the people to people relations," he points out. "(Mr.) Obama can implicitly support economic reform in Cuba by easing the trips to Cuba and Cuban-Americans permanence on the island for long periods. Raul Castro can provide a better environment around the U.S. interests' Section work in Havana, cooperating with more educational and cultural long term trips and contacts."