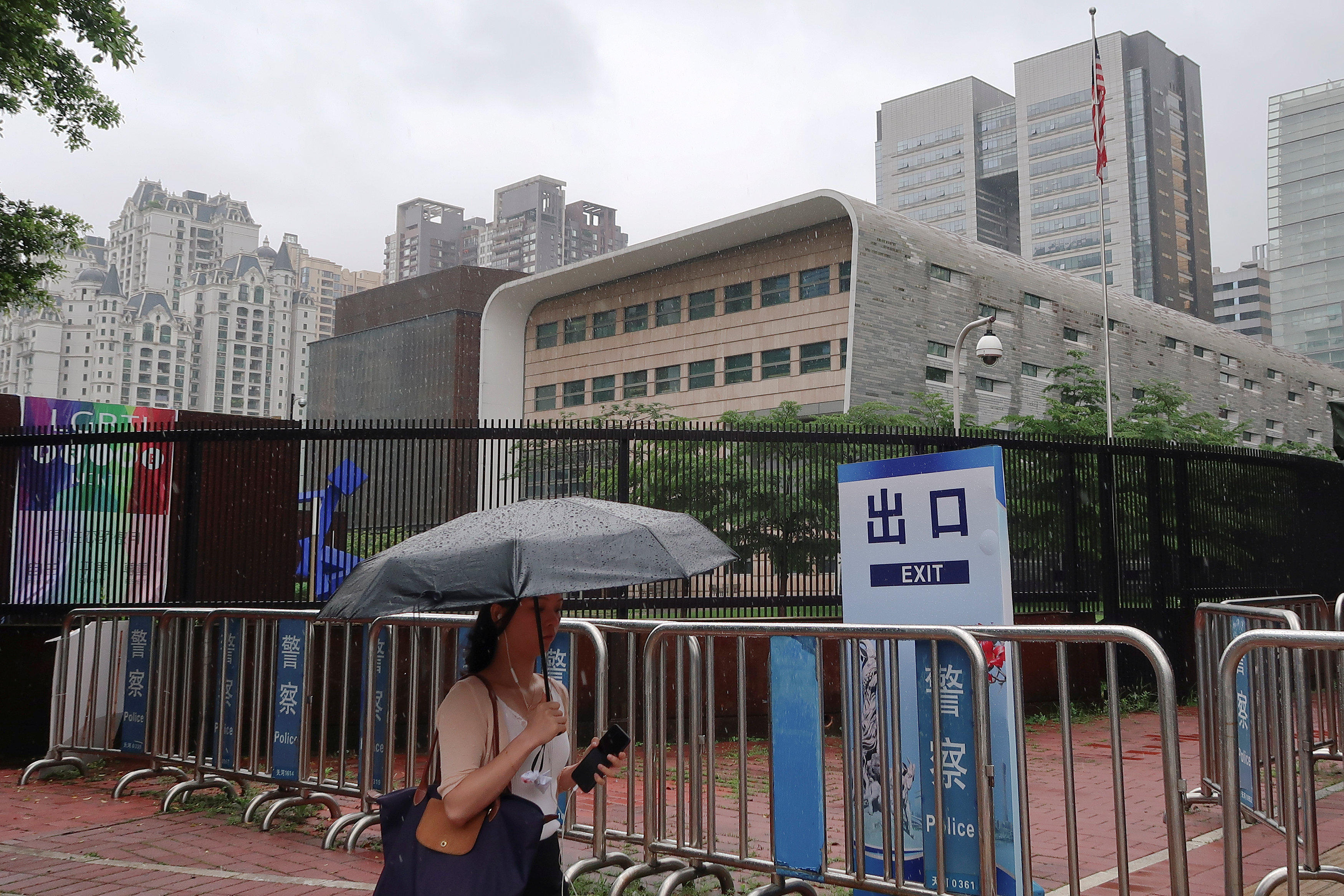 GUANGZHOU, China -- A U.S. medical team was screening more Americans who work in a southern Chinese city as the State Department confirmed evacuating a number of government workers who experienced unexplained health issues like those that have hurt U.S. personnel in Cuba and China. The evacuations of the workers in Guangzhou followed medical testing that revealed they might have been affected.

State Department spokeswoman Heather Nauert said "a number of individuals" have been brought to the U.S. but didn't say how many were affected or evacuated. One case in Guangzhou had been disclosed last month.

That employee has been left with mild traumatic brain injury, and was sent home in April, U.S. officials told CBS News last month. The U.S. embassy and consulates in China have held town hall meetings to give employees a chance to ask questions.

Nauert said tests are being offered to "any personnel who have noted concerning symptoms or wanted baseline screening."

The mother of a State Department office who says he was injured in Guangzhou, China, tells CBS News' Steve Dorsey her son Mark Lenzi left country Tuesday "on orders." He was wrapping up a two-year tour there with his wife and two children.

Security guards outside the consulate checked reporter's IDs on Thursday and told them to leave the area and not attempt to talk to consulate staff.

Asked about the latest incidents, Chinese Foreign Ministry spokeswoman Hua Chunying said the U.S. had not formally raised the matter with Beijing.

"If the U.S. makes formal contact with us, China will continue necessary investigations in an earnest and responsible manner and maintain close communication and cooperation with the U.S.," Hua said at a regularly scheduled news conference.

China had earlier said it had no information about the cause of the symptoms.

The New York Times identified the latest American employee evacuated as Mark A. Lenzi, a security engineering officer who left Wednesday night with his wife and two children.

Lenzi told the Times he resided in the same apartment tower as the officer evacuated in April and suffered in recent months from what he called "neurological symptoms."

Lenzi's apartment was in one of several high-rise buildings in The Canton Place featuring restaurants and galleries spaced around a central plaza. Another diplomat who reported symptoms was at a different upscale building near the consulate.

A U.S. official, who wasn't authorized to discuss the situation publicly and requested anonymity, said the evacuated Americans are being brought for testing to the University of Pennsylvania. That's where doctors have been treating and studying patients evacuated from the U.S. Embassy in Havana.

The China incidents have raised fears the unexplained issues that started in Cuba in 2016 have expanded. The U.S. government has deemed those incidents "specific attacks" on American workers but hasn't publicly identified a cause or culprit. Most of the incidents were accompanied by bizarre, unexplained sounds that initially led U.S. investigators to suspect a sonic attack.

The preliminary findings of the medical reports on the 24 U.S. Embassy personnel affected in Cuba showed they had sensory and memory problems similar to the brain dysfunction seen with concussions.

The Penn team said the patients experienced persistent disability though rehabilitation therapy customized for them seemed to help.

Canada in April also ordered families of diplomatic staff in Cuba to return home after mysterious health symptoms were detected in 10 Canadians stationed on the island.

Canada said the 10 continued to show unexplained brain symptoms and that "medical information raised concerns for a new type of a possible acquired brain injury."

Symptoms included dizziness, headaches and an inability to concentrate.

The American government worker who was removed from China earlier reported "subtle and vague, but abnormal, sensations of sound and pressure."

In testimony before the Senate Foreign Relations Committee last month, U.S. Secretary of State Mike Pompeo said China had "said all the right things and have demonstrated their willingness to help us identify the vector which led to this medical incident."

The China incidents affect one of the most important of the seven U.S. diplomatic outposts in the country. The Guangzhou consulate opened months after the establishment of diplomatic relations between Beijing and Washington in 1979 and moved to its new purpose-built facility in 2013.

It serves four southern provinces with a combined population of more than 204 million and processes more than 1 million visa applications of all types annually. It is also the only U.S. diplomatic installation in China authorized to process immigrant visas and handle adoptions.

Hal Brands on potential of future conflict with China

Pelosi lands in Taiwan amid high-pressure standoff with China
More