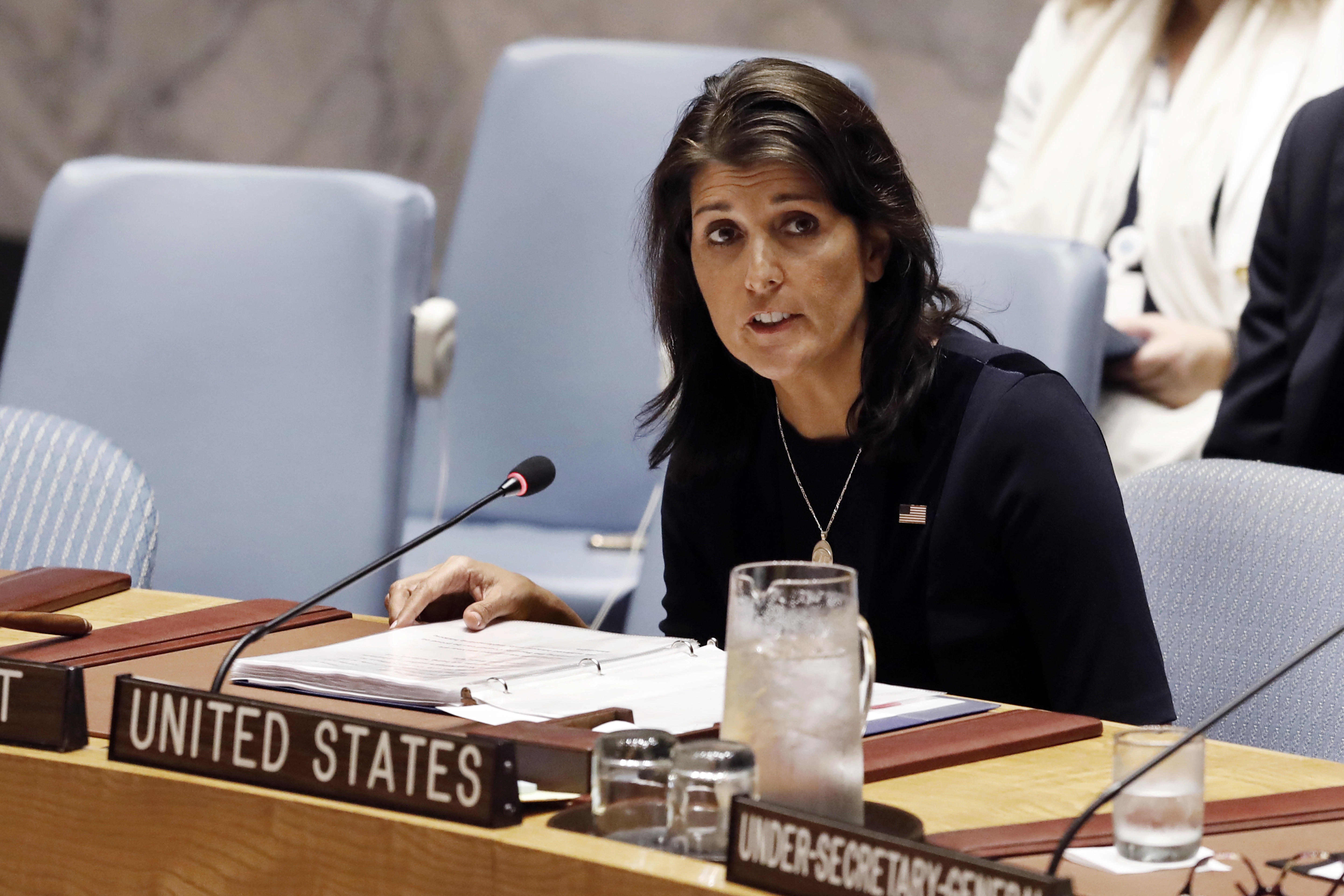 MOSCOW — U.S. Ambassador Nikki Haley is calling on Russia to "immediately cease its unlawful conduct" in the Black Sea near Crimea during a United Nations Security Council meeting Monday. The Ukrainian navy says Russian ships fired on and seized three of its artillery ships Sunday.

The incident sharply escalated tensions that have been growing between the two countries since Moscow annexed Crimea from Ukraine in 2014.

"We call on Russia to respect its international obligations and not obstruct or harass Ukraine's transit in the Kerch Strait. To release the seized Ukrainian ships and crew and to de-escalate the tensions it has created," Haley told the Council, CBS News' Pamela Falk reports.

Because both the U.S. and Russia have veto power on the Security Council, no action is expected, but what became clear from the procedural vote on the agenda, Russia is in the minority among Council members about the actions against Ukrainian sailors, Falk reports.

Anne Gueguen, the French deputy permanent representative at the U.N., urged the release of the sailors and the vessels. She said Sunday's incidents show the need for de-escalation and a long term resolution to the dispute over Crimea.

Dmitry Polyanskiy, Russia's first deputy permanent representative to the United Nations, told the Security Council the weekend incident was another example of Ukrainian leaders trying to provoke Russia for political purposes. He claimed Porschenko needed a war ahead of the March election to gain support from the public.