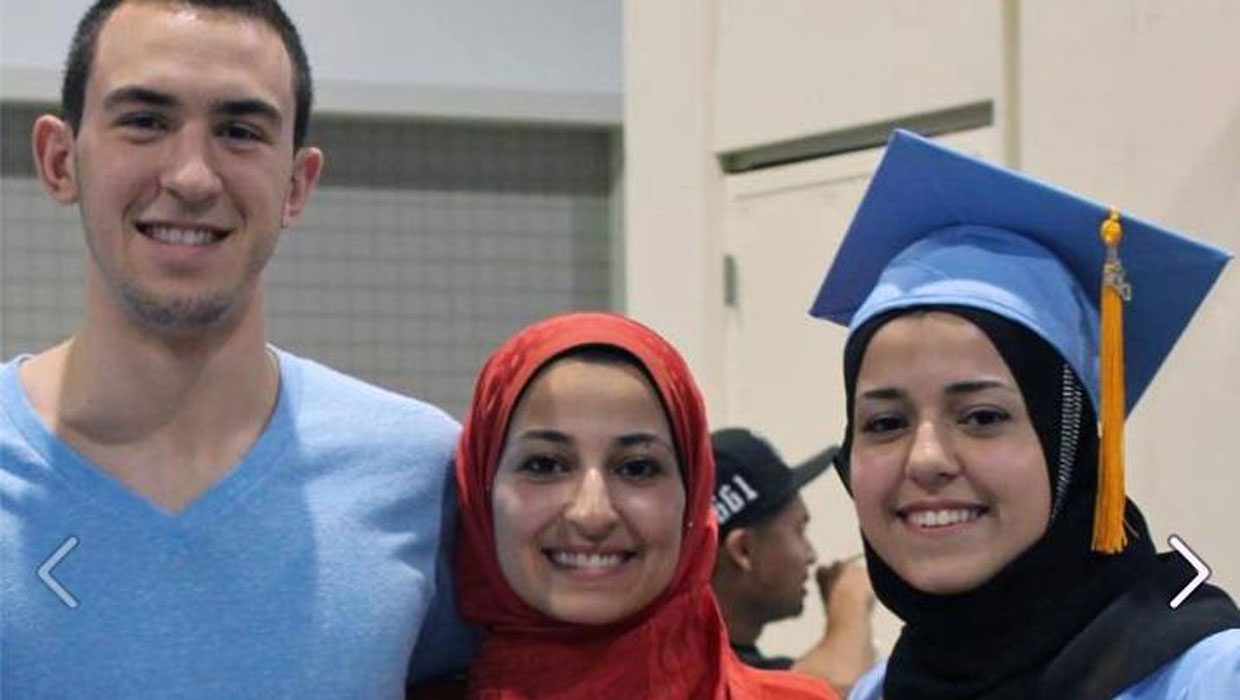 CHAPEL HILL, N.C. - Law enforcement investigating the murder of three Muslim students told reporters Wednesday that they do not believe the killings were part of a "targeted campaign against Muslims in North Carolina."

Hicks was reportedly a neighbor and police have said they are investigating whether the shooting may have been sparked by a dispute over parking. The father of the two women murdered told a local newspaper he believes the murders were hate crimes and that his daughter had previously told him that Hicks "hates us for what we are and how we look."

U.S. Attorney Ripley Rand said that his office is monitoring the investigation and that law enforcement does not believe the murders are part of a "targeted campaign against Muslims in North Carolina."

"This appears at this point to have been an isolated incident," said Rand.

Abdullah Antepli, the Muslim chaplain at Duke University, said that "this may or may not be a hate crime, but saying either this way or that way will be only unhelpful and increase the tension that already exists."

Antepli said he had "full trust" in local law enforcement, and that he hoped "as a community, as North Carolinians, we will turn this into a moment of grief, as well as support and solidarity with one another."

Just after the law enforcement press conference, Hicks' wife, Karen Hicks, held a press conference with her attorney. The attorney told reporters that "Mr. Hicks had a problem with many of his neighbors" and that the shooting stemmed from a "mundane" parking issue and "had nothing to do with the victims' religious beliefs...it had nothing to do in any way with the current climate of terrorism and executions."