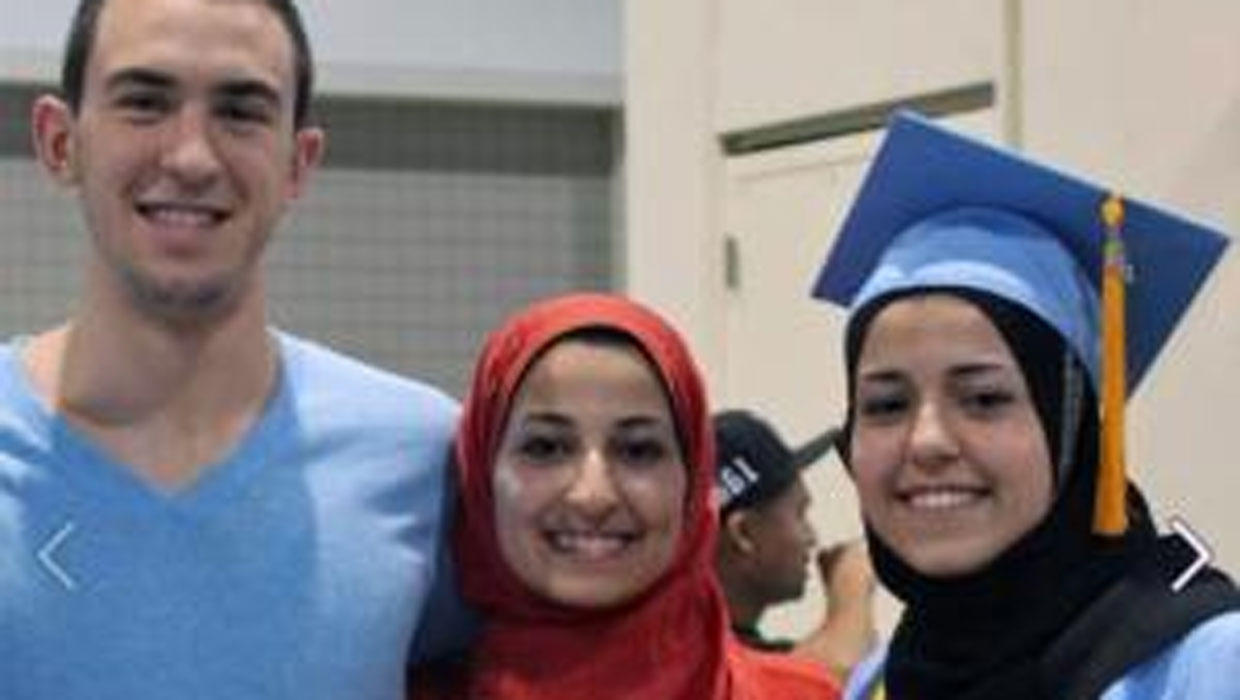 CHAPEL HILL, N.C. -- Police say that an ongoing dispute over parking may have led a triple murder on Tuesday night, but CBS affiliate WRAL reports that the local prosecutor is not ruling out the possibility that the shooting was a hate crime. All three victims were reportedly Muslim.

Craig Stephen Hicks, 46, has been charged with first-degree murder in the shooting deaths of Deah Shaddy Barakat, 23, his wife, Yusor Mohammad, 21, and her sister, Razan Mohammad Abu-Salha, 19.

Sources told WRAL that all three victims were shot in the head.

Hicks turned himself in to the Chatham County Sheriff's Office following the shooting, which occurred shortly after 5 p.m., reports WRAL.

"Based on the brutal nature of this crime, the past anti-religion statements of the alleged perpetrator, the religious attire of two of the victims and the rising anti-Muslim rhetoric in American society, we urge state and federal law enforcement authorities to quickly address speculation of a possible bias motive in this case," said Nihad Awad, the executive director of the Council on American-Islamic Relations, the nation's largest civil advocacy group for Muslims. "Our heartfelt condolences go to the families and loved ones of the victims and to the local community."

Chapel Hill's police chief Chris Blue said in a statement that the department understands "the concerns about the possibility that this was hate-motivated and we will exhaust every lead to determine if that is the case."

Hicks was being held without bond early Wednesday in the Durham County jail. He is scheduled to make a first court appearance Wednesday morning, and officials said he is cooperating with the investigation.

According to a statement on the UNC-Chapel Hill website, Barakat was a second-year dental student at the university. His wife, Yusor Mohammad, was set to begin dental studies in the fall.

WRAL reports that according to a page on YouCaring.com, a free online fundraising website, Barakat was one of the organizers of an effort to raise money to provide free dental care to students of the Salaam School in Turkey. Barakat and others were reportedly scheduled to travel to Turkey in the summer of 2015 to treat children who have become refugees due to the ongoing Syrian civil war.

According to WRAL, Abu-Salha, Mohammad's younger sister, is listed as a sophomore at NC State and a graduate of Athens Drive High School in Raleigh.