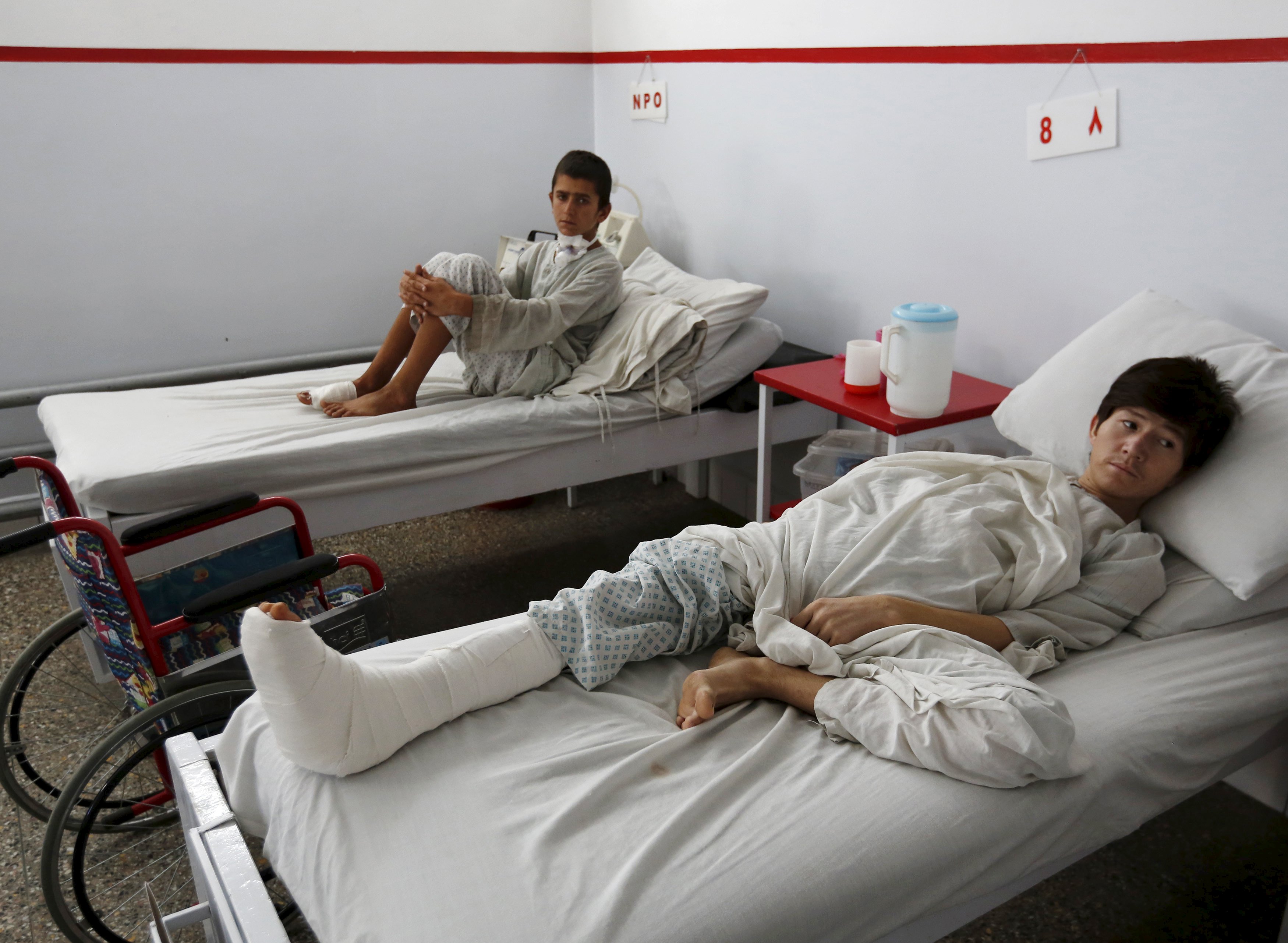 WASHINGTON -- American special operations analysts were scrutinizing an Afghan hospital days before it was destroyed by a U.S. military attack because they believed it was being used by a Pakistani operative to coordinate Taliban activity, The Associated Press has learned.

The analysts knew it was a medical facility, but it's unclear whether that information ever got to commanders who unleashed the AC-130 gunship on the hospital, killing at least 22 patients and hospital staff. Nor is it known whether the allegations of possible enemy activity played a role in the incident. The Pentagon initially said the attack was to protect U.S. troops engaged in a firefight and has since said it was a mistake.

The special operations analysts had assembled a dossier that included maps with the hospital circled, along with indications that intelligence agencies were tracking the location of the Pakistani operative and activity reports based on overhead surveillance, according to a former intelligence official who is familiar with some of the documents describing the site. The intelligence suggested the hospital was being used as a Taliban command and control center and may have housed heavy weapons.

After the attack - it came amid a battle to retake the northern Afghan city of Kunduz from the Taliban - some U.S. analysts assessed that the strike had been justified, the former officer says. They concluded that the Pakistani, believed to have been working for his country's Inter-Service Intelligence directorate, had been killed.

No evidence has surfaced publicly suggesting a Pakistani died in the attack, and Doctors without Borders, the international organization that ran the hospital, says none of its staff was Pakistani. The former intelligence official was not authorized to comment publicly and spoke only on condition of anonymity.

The top U.S. officer in Afghanistan, Gen. John Campbell, has said the strike was a mistake, but he has not explained exactly how it happened or who granted final approval. He also told Congress he was ordering all personnel in Afghanistan to be retrained on the rules governing the circumstances under which strikes are acceptable.

The new details about the military's suspicions that the hospital was being misused complicate an already murky picture and add to the unanswered questions about one of the worst civilian casualty incidents of the Afghan war. They also raise the possibility of a breakdown in intelligence sharing and communication across the military chain of command.

White House spokesman Josh Earnest said questions about what the Defense Department knew about the clinic and whether it was communicated to personnel operating the gunship would be part of the Pentagon's investigation. He said President Barack Obama was expecting a "full accounting."

"As Gen. Campbell has said, we would never intentionally target a protected medical facility," Cook said in a statement. "We have confidence that the ongoing investigations into this tragic incident will uncover exactly what happened and why this hospital was mistakenly struck."

Doctors without Borders has condemned the bombing as a war crime The organization says the strike killed 12 hospital staff and 10 patients. It insists that no gunmen, weapons or ammunition were in the building. The U.S. and Afghan governments have launched three separate investigations. Obama has apologized, but Doctors without Borders is calling for an international probe.

Last week, the executive director of the UK branch of Doctors Without Borders, Vickie Hawkins, told CBS News dismissed allegations that Taliban fighters were inside the hospital.

"They are to an extent justifying the destruction of a fully functioning hospital," Hawkins told CBS News correspondent Mark Phillips.

Doctors without Borders officials say the U.S. airplane made five separate strafing runs over an hour, directing heavy fire on the main hospital building, which contained the emergency room and intensive care unit. Surrounding buildings were not struck, they say.

Typically, pilots flying air support missions would have maps showing protected sites such as hospitals and mosques. If commanders concluded that enemies were operating from a protected site, they would follow procedures designed to minimize civilian casualties. That would generally mean surrounding a building with troops, not blowing it to bits from the air.

What the new details suggest "is that the hospital was intentionally targeted, killing at least 22 patients and MSF staff," said Meinie Nicolai, president of the operational directorate of Doctors without Borders, which is also known by its French initials MSF. "This would amount to a premeditated massacre."

By one U.S. account from the scene, American and Afghan troops were under fire in the area.

Nicolai said in an email exchange that the group's staff "reported a calm night and that there were no armed combatants, nor active fighting in or from the compound prior to the airstrikes."

According to the former intelligence officer, the commander on the ground has told superiors he was in the worst firefight of his career while taking fire from the building, which he said he did not know was a hospital. He requested the gunship strike. In that scenario, it's not readily apparent why his unit couldn't have retreated. The hospital is within a compound surrounded by a 12-foot wall.

It would be significant if U.S. intelligence had concluded that Pakistani spies were continuing to play an active role helping the Taliban. The U.S. and Afghan governments have long accused Pakistan of aiding the Taliban, but U.S. rhetoric on the issue has cooled over the past year as American-Pakistani counterterrorism cooperation has improved.