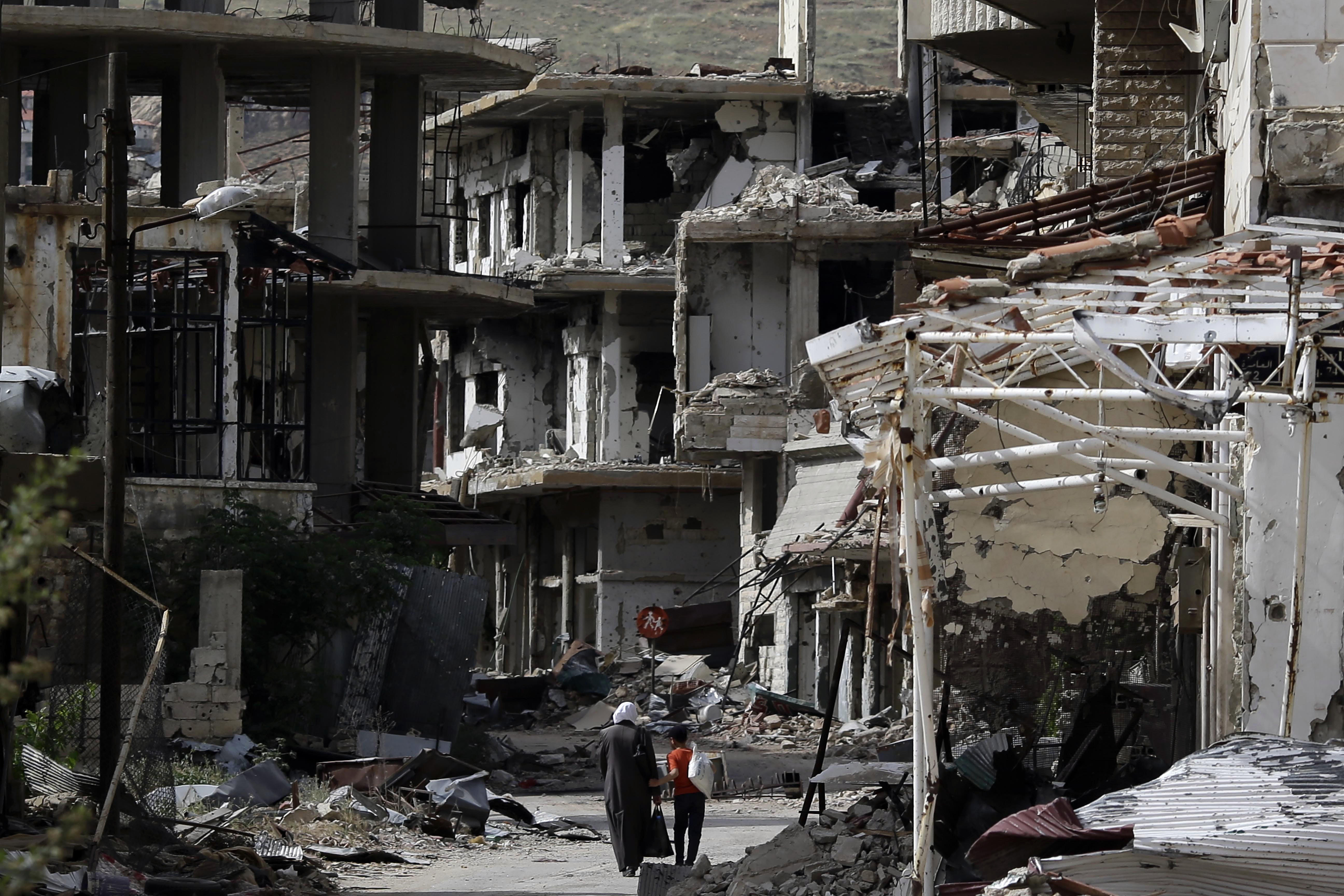 American officials and Syrian activists said the strike hit the pro-Syrian government forces as they were setting up fighting positions in a protected area in the desert near the border with Jordan. A bulldozer and a tank were hit, although it was unclear if it struck the Syrian army or just militias allied with the government.

The region around al-Tanf, where the borders of Jordan, Syria and Iraq meet, has been considered a deconfliction zone, under an agreement between the U.S. and Russia.

The Syrian regime has violated the zone two times in the past few days, Martin reports.

In one incident, 27 regime vehicles drove within 18 miles of al-Tanf, which breached the 34 mile radius of the army convoy. U.S. aircraft attempted to buzz the regime, but when the convoy didn't turn around, they conducted a strike against some of the vehicles.

In the second incident, an unarmed Syrian SU-22 fighter-bomber entered the deconfliction zone and was intercepted by a pair of F-22 fighter aircraft.

Speaking to reporters, Defense Secretary Jim Mattis said the U.S. will defend its troops in case of "aggressive" steps against them. He was asked if the airstrike increases the U.S. role in the Syrian war.

"We are not increasing our role in the Syrian civil war, but we will defend our troops," Mattis said. "And that is a coalition element made up of more than just U.S. troops, and so we will defend ourselves (if) people take aggressive steps against us."

The U.S. strike marks a new approach in what has become an intensely crowded and complicated war zone. Thursday's strike was the coalition's first on pro-Assad forces in the battlefield. The coalition had so far kept its military operations focused on Islamic State militants and al-Qaida-linked groups.

Operation Inherent Resolve, the U.S.-led campaign against the Islamic State of Iraq and Syria (ISIS), said in a statement that "the coalition struck pro-regime forces that were advancing well inside an established de-confliction zone" and "posed a threat to U.S. and partner forces" at al-Tanf.

It said the action was taken after "apparent Russian attempts to dissuade Syrian pro-regime movement" toward al-Tanf were unsuccessful, and after a "coalition aircraft show of force" and warning shots.

"The agreed upon de-confliction zone agreement remains in effect," the statement said.

It remains unclear why the Syrians violated the zone. Martin reports that Syrian forces are pushing eastward toward the Euphrates River Valley, which hints to the idea that the regime may have been doing reconnaissance on their flank.

The base was attacked by ISIS in April. Last summer, Syrian fighters trained by the U.S. who operated out of al-Tanf were bombed by Russian jets.

ISIS attacked several government-held villages in central Syria on Thursday, capturing at least one of them in violence that left 52 people dead, including 11 women and 17 children.

Some of the women were beheaded and others had their limbs amputated. Children's bodies were mostly dismembered due to the fact they were beaten with heavy objects such as bricks or stones. Most of the men died from shelling or heavy machine gun fire.

Hospital officials say 120 people were wounded in the attack.

The attack in the central Hama province targeted villages where most residents belong to the Ismaili branch of Shiite Islam, raising fears the extremists might massacre them, as they have in other minority communities in Syria and Iraq.

The villages are located near the town of Salamiyeh and the highway that links the capital, Damascus, to the northern city of Aleppo, but state media said traffic was not affected.

The attacks come as goverment forces are on the offensive against the extremists in other parts of Syria, mostly in the northern province of Aleppo and the central Homs region and to the east.

U.S.-backed and Kurdish-led forces are meanwhile marching toward the extremists' de-facto capital of Raqqa, in northern Syria.