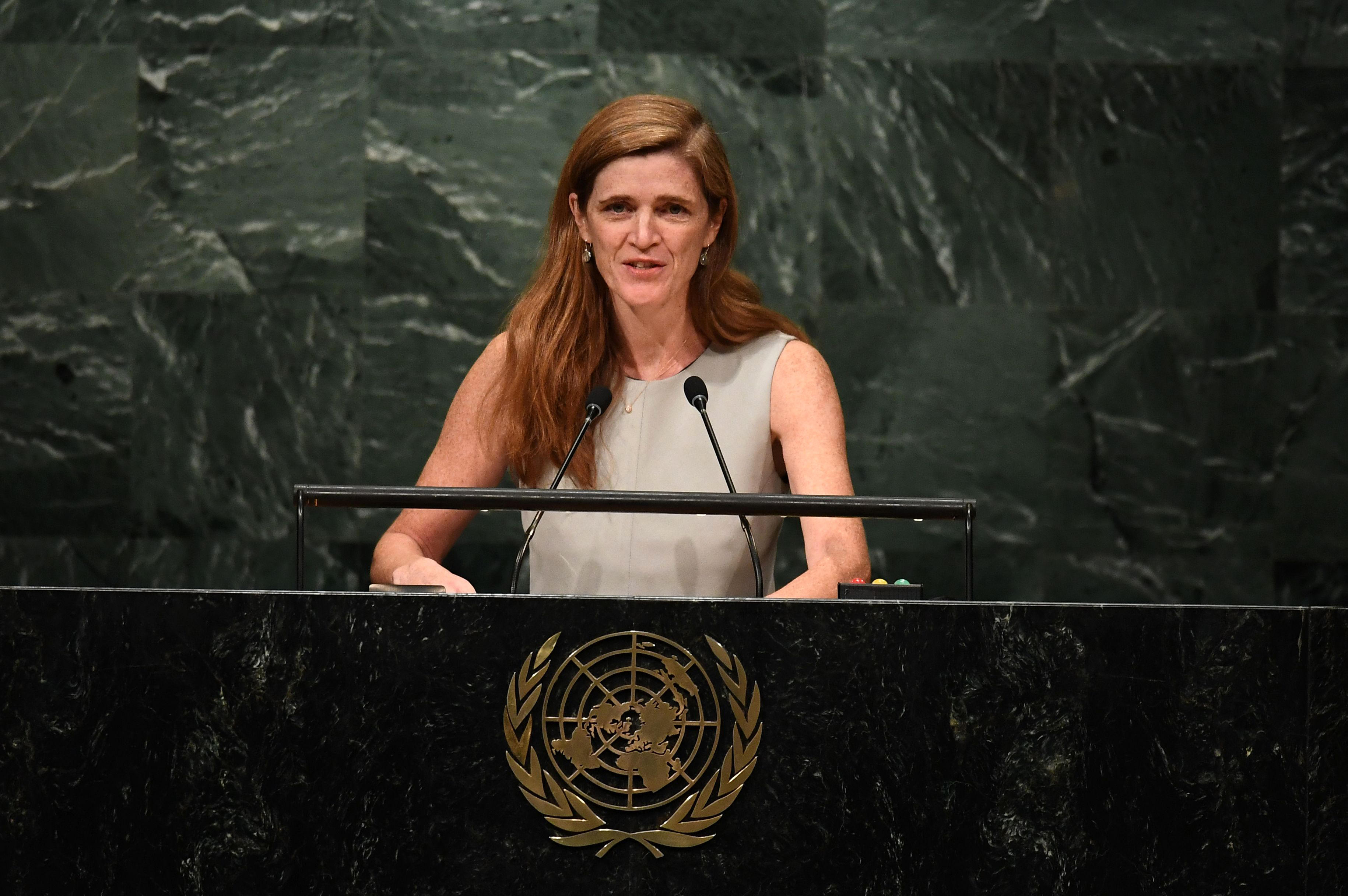 UNITED NATIONS -- The United States abstained for the first time in 25 years Wednesday on a U.N. resolution condemning America’s economic embargo against Cuba, a measure it had always vehemently opposed.

The U.S. was joined in abstaining by Israel, the only other country to vote against the embargo resolution in the General Assembly last year. When the vote - 191-0 with two abstentions - was shown on the electronic board, diplomats from the 193 U.N. member states burst into applause.

The U.S. decision to change its vote follows President Obama’s restoration of full diplomatic relations with Cuba and his support for lifting the embargo, which the Republican-led Congress is against.

Although the U.N. vote is merely symbolic, it takes place at a time when U.S. public views are changing about the embargo, despite the evidence by human rights organizations about the lack of political freedoms on the island, CBS News foreign affairs analyst Pamela Falk reports.

Mr. Obama and Cuban President Raul Castro announced on Dec. 17, 2014, that they were restoring diplomatic ties, which were broken in 1961 after Fidel Castro took power and installed a communist government. On July 20 last year, diplomatic relations were restored and embassies of the two countries were reopened, but serious issues remain, especially the U.S. call for human rights on the Caribbean island and claims for expropriated property.

The U.S. abstention in the General Assembly vote is certain to anger Republican opponents of lifting the 55-year-old embargo, but it reflects Mr. Obama’s belief shortly before he leaves office that it’s time to move ahead in normalizing U.S.-Cuban ties.

U.S. Ambassador Samantha Power announced the abstention just before the vote saying that the U.S. policy of isolation toward Cuba had “isolated the United States, including here at the United Nations.”

“After 55-plus years of pursuing the path of isolation, we are choosing to take the path of engagement,” she said.

Power called the abstention “another small step” in U.S.-Cuban engagement.

“May there be many more - including, we hope, finally ending the U.S. embargo,” she said.

Cuba’s Foreign Minister Bruno Rodriguez, the last speaker before the vote, said Cuba is “grateful” for Power’s efforts and words and thanked her for the U.S. abstention.

“A change in vote by the United States is a promising signal,” he said. “We hope it will be reflected in reality.”

Rodriguez stressed that the embargo is still in force and being implemented by U.S. agencies, and while the executive measures taken by Mr. Obama were positive, they have “very limited scope and effect.”

“Lifting the blockade is the key to be able to advance towards the normalization of relations with the United States,” he said. “The blockade is unjust, inhuman, immoral and illegal and should unilaterally and unconditionally cease.”

General Assembly resolutions are nonbinding and unenforceable. But the 25-year-old exercise in which the world body has overwhelmingly voted to condemn the embargo does reflect world opinion and has given Cuba a global stage to demonstrate America’s isolation on its Cuba policy.

Before the vote, more than 20 speakers from all over the world denounced the embargo and urged the U.S. Congress to quickly lift the ban on trade and financial dealings.

The U.S. administration had considered abstaining in the vote last October, but concluded it could not do so because the resolution did not reflect what it considered to be the spirit of engagement between Mr. Obama and Cuban President Raul Castro.

She also stressed that abstaining “does not mean that the United States agrees with all of the policies and practices of the Cuban government.”

“We do not,” Power said. “We are profoundly concerned by the serious human rights violations that the Cuban government continues to commit with impunity against its own people.”

She cited Cuba’s detention of government critics, threats and intimidation of participants in peaceful marches and meetings, and severe restrictions on outside information.

In Havana, Cuba organized a vote-watching party on the campus of the University of Havana, where students and government supporters followed the events on an hours-long special live state news broadcast projected onto a giant screen.

The tone of the coverage was triumphant, calling the U.S. abstention a historic victory for Cuba but cautioning that it was meaningless without congressional action.

“The blockade is still in force but this means that there’s been a change in attitude at the highest levels of U.S. government and politics,” said Raul Palmeiro, a 21-year-old law student and president of the university’s official Student Federation.

Cuba Foreign Minister Rodriguez stressed that Cuba will never change its values and will struggle to build a sovereign, democratic and socialist nation. “We will never go back to capitalism,” he stressed.

In last year’s vote, the assembly approved a resolution condemning the commercial, economic and financial embargo against Cuba with the highest vote ever - 191-2. Only Israel joined the United States in opposing that resolution.