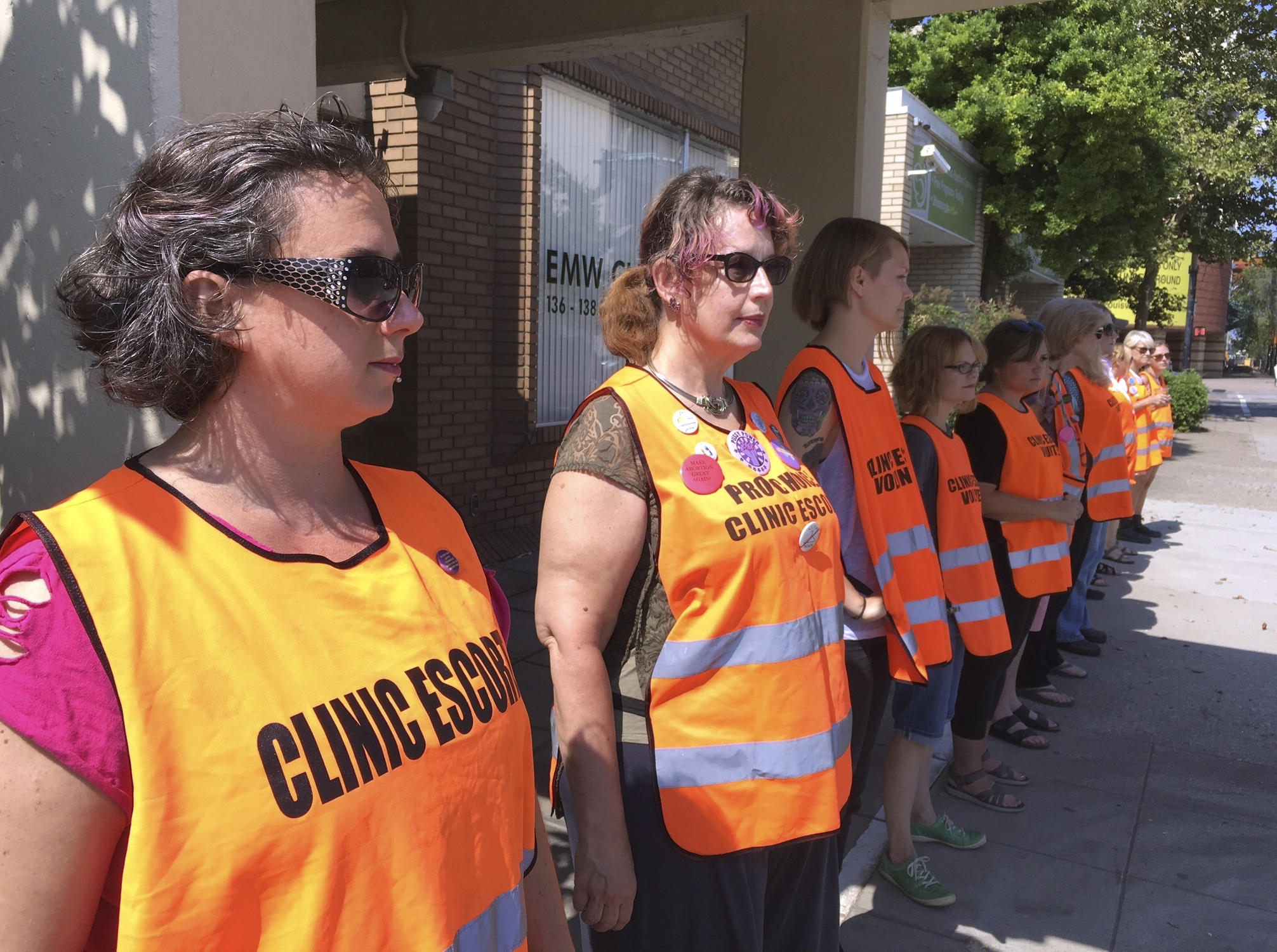 NEW YORK -- America's abortion clinics experienced a major upsurge in trespassing, obstruction and blockades by anti-abortion activists in 2017, according to an annual survey by an industry group. The National Abortion Federation report chronicled a litany of actions that ranged from coordinated trespassing efforts by abortion opponents, repeated brick-throwing at windows of a Cleveland clinic and an attempted bombing in Illinois.

The report found that there was an overall decrease in acts of vandalism against clinics but a significant increase in activities aimed at disrupting services and intimidating patients and providers. Acts of trespassing increased from 247 in 2016 to 823 in 2017, instances of obstruction tripled to 1,704 and threats of death or other harm nearly doubled to 62.

"The protesters are feeling emboldened by the political environment and seeing what they could get away with," said the federation's president, Vicki Saporta. "They want to make it more difficult to provide care, without going to very extreme forms of violence."

The federation based its findings on monthly reports filed by its members who make up the vast majority of abortion clinics nationally.

Many clinics across the U.S. routinely are targeted by legal picketing near their premises. But in some cases, the protests escalated and led to intervention by federal and law enforcement agencies.

At least 10 people were arrested last May when anti-abortion activists blocked the entrance to the EMW Women's Surgical Center in Louisville, Kentucky -- the last abortion clinic still operating in the state. Saporta said the protesters, organized by the militant anti-abortion group Operation Save America, were emboldened by Kentucky Gov. Matt Bevin's high-profile efforts to shut down the clinic.

As a result of the blockade, a federal judge established a buffer zone outside the clinic to keep protesters from assembling in front of the entrance.

Among those arrested in Louisville was Operation Save America's national director, Rev. Rusty Lee Thomas. While awaiting trial, he said abortion should be outlawed, declaring "Our justice system is committing another grave injustice by arresting the wrong people."

Elsewhere, several trespassing arrests occurred during coordinated actions by anti-abortion protesters in Virginia, Michigan and other states. Activists entered clinics, conveyed their anti-abortion views to patients, and refused to leave when told to do so by law enforcement.

Citizens for a Pro-Life Society, a group headed by Roman Catholic theology professor Monica Migliorino Miller, described the incursions as "an act of nonviolent defense of unborn children about to be aborted." Miller was among those arrested in Michigan, and in February was convicted of trespassing.

The one attempted bombing in 2017 involved a pipe bomb that did not explode after being placed in an abortion clinic in Champaign, Illinois, in November. The three men charged by federal authorities are allegedly part of a militia group called the "White Rabbits" who also have been charged in the bombing of a Minnesota mosque last year.

A clinic in Cleveland incurred more than $32,000 in damages because of repeated brick-throwing attacks on its windows.

The report does not include a violent case in February when -- according to prosecutors -- a Massachusetts man deliberately crashed a stolen truck into a Planned Parenthood clinic in New Jersey, injuring three people, including a pregnant woman. That was the first major violent attack on a U.S. abortion clinic since 2015, when a man killed three people at a Planned Parenthood clinic during a shooting attack in Colorado.

The picketing in 2017 often was more aggressive than in recent years, according to the Feminist Majority Foundation, which operates a national clinic access program.

The threat of attacks and vandalism can significantly boost clinics' costs, notably to provide security for facilities and staff. Some clinics have faced extra legal costs challenging state laws aimed at restricting abortions.

In part, because of the legal and financial challenges, the number of abortion clinics in the U.S. has been declining. As of 2014, when the last comprehensive tally was made, there were 788 clinics.