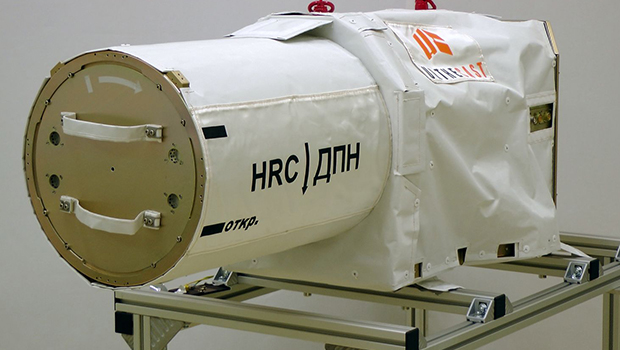 You’ll soon be able to see the Earth from space any time of day -- no spacesuit required. Two cameras -- one high-def, one medium-resolution -- will start streaming near-real-time footage from the International Space Station in early 2014.

Operated by the Vancouver-based company UrtheCast, the cameras will be mounted on the outside of the station. Anyone with Internet access will be able to log onto the website and view the world as the astronauts see it.

“Having a platform on the ISS gives us a really neutral place to let the world observe itself without having a single governmental organization control that data,” the company’s director of technology, Dan Lopez, said in an interview with CBSNews.com.

The resolution will be high enough to show the expected things, like cloud movement and weather patterns, as well as vehicles, buildings, even crowds of people. Urthecast.com users will be able to set an alert to see every time the cameras pass over any area they choose.

The cameras will “function almost like a telescope but give us imagery that works like an HD-camera,” Lopez said.

After three years of development, the cameras traveled to the station on Nov. 25 aboard a Russian Progress 53 cargo ship launched from the Baikonur Cosmodrome in Kazakhstan.

“It was really super exciting,” said Lopez. “But the hard work is now here.”

They’ll be mounted during a special spacewalk in the week before Christmas, though an exact date is still to be set.

A team based in Canada and Russia will operate the system, which they expect to be operating by early 2014.