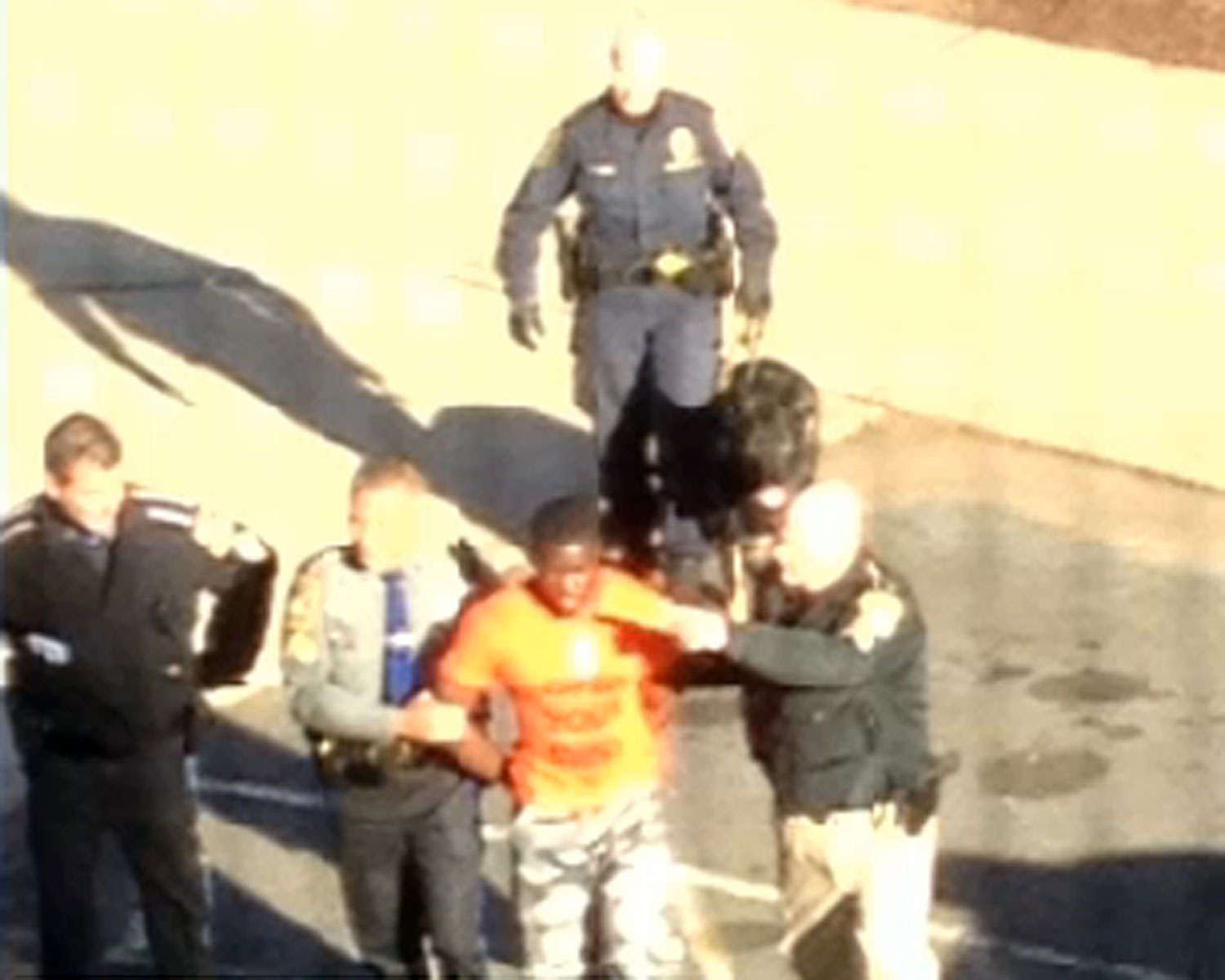 (CBS/AP) NEW BRITAIN, Conn. - As many as three people are in police custody after an armed individual was reportedly seen on the campus of Central Connecticut State University on Monday, sources tell CBS affiliate WFSB.

The alleged sighting prompted a schoolwide lockdown and warnings for students to stay away from windows as police SWAT teams swarmed the area.

University spokesman Mark McLaughlin said, "Somebody was seen either with a gun or was thought to have a gun."

The area around a 400-student dorm was the focus of the police search, but by mid-afternoon authorities were allowing students to leave the building in small groups.

Jordan Governale, a 20-year-old junior from Farmington, said he walked by a man carrying a backpack and with a sword and sheath strapped to his back. The man was wearing a mask, camouflage pants, knee pads and a vest resembling body armor, Governale said.

A minute later, he said, he saw police.

Lt. J. Paul Vance, a state police spokesman, says university police asked for assistance related to a report of a suspicious person. A road leading onto campus was closed and police officers were seen sheltering behind campus walls as agencies from several nearby towns responded.

New Britain Mayor Timothy O'Brien said there were no reports of injuries.

"It's an active situation. We have very capable personnel on scene," he said Monday afternoon.

More than 12,000 students attend the university outside Hartford, which has a 182-acre campus.

Morgan Podlisny, an 18-year-old freshman who lives near where police were focusing their search, said the situation had calmed down by Monday afternoon.

"At first, there were a lot of cops there rushing in with guns," she said.

Kiara Gupton, a 21-year-old junior, was among the students told to stay in her dorm. She said she could see SWAT teams and dogs.

"I'm really just upset about this," she said, recalling last year's deadly school shooting in Newtown, about 30 miles away. "It's scary. ... To see all these SWAT teams outside is really just overwhelming."

New Britain police did not immediately respond to requests for information. Two New Britain schools near the campus were also locked down as a precaution, according to the superintendent's office.

Complete coverage of the CCSU lockdown on Crimesider