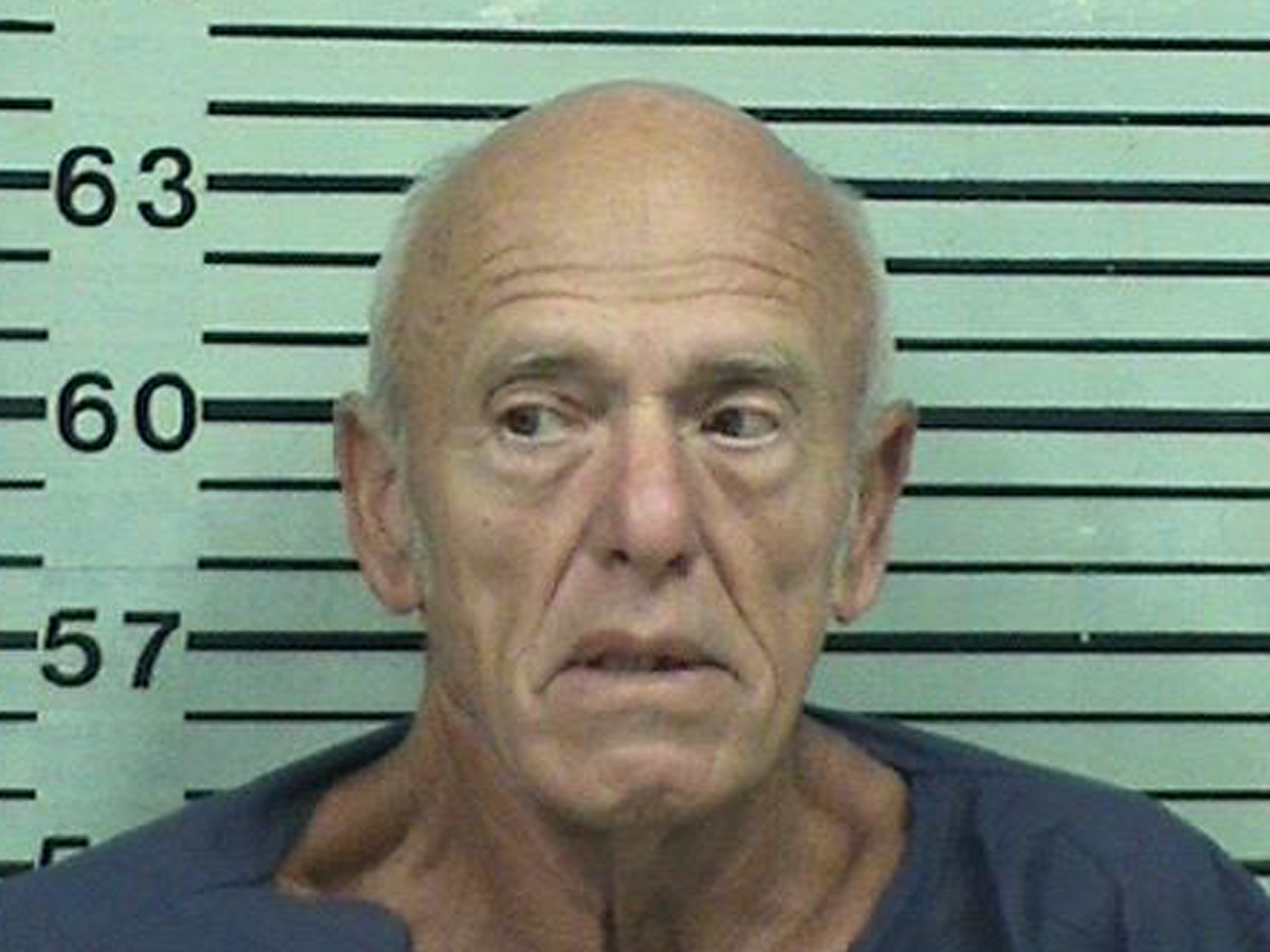 GRANBURY, Texas -- A 68-year-old man accused of veering his car across a double yellow line into a motorcycle, sending both of its riders tumbling to the pavement, has been arrested on aggravated assault charges.

Video of the incident has gone viral.

And the accused is claiming a sudden spider bite or wasp sting led him to momentarily lose control of his car.

William Crum, of Granbury, was arrested Monday afternoon and charged with two counts of aggravated assault with a deadly weapon. Hood County District Attorney Rob Christian said Crum would remain in custody pending a bond hearing Tuesday. He didn't know whether Crum has an attorney who could comment on his behalf.

Each count carries a punishment of two to 20 years in prison if convicted.

The crash happened Saturday on a two-lane road about 5 miles north of Granbury and was captured on video, which has since gone viral, by another motorist.

The car can then be seen sideswiping Sanders' bike, on which Sanders' girlfriend was also riding.

Crum told CBS Dallas his actions were "uncontrollable. I felt the heavy sting and, reflex, whatever. My hand was on the wheel." He says the spider bit him in the inner-thigh. Previously, he said it was a wasp sting.

CBS Dallas asked Crum to show evidence of the insect interaction, but the station's reporter saw no sign of it.

Sanders contends the car's driver swerved intentionally. He told CBS Houston affiliate KHOU-TV he's "seen people pull in front of me all the time, people cut me off all the time. Never in my life has anyone tried to hit me."

The man who shot the video confronted Crum and recorded the exchange.

"What were you doing? You hit them," the man can be heard saying.

Crum told CBS Dallas Monday he's seen other motorcyclists on that road doing "wheelies at 60 mph, and I thought he was one of those. I didn't know there was a passenger."

Sanders suffered abrasions, and his girlfriend was taken to a Fort Worth hospital with a broken wrist and deep arm lacerations. She was moved from the Intensive Care Unit Monday to a regular room and was listed in stable condition, CBS Dallas says.