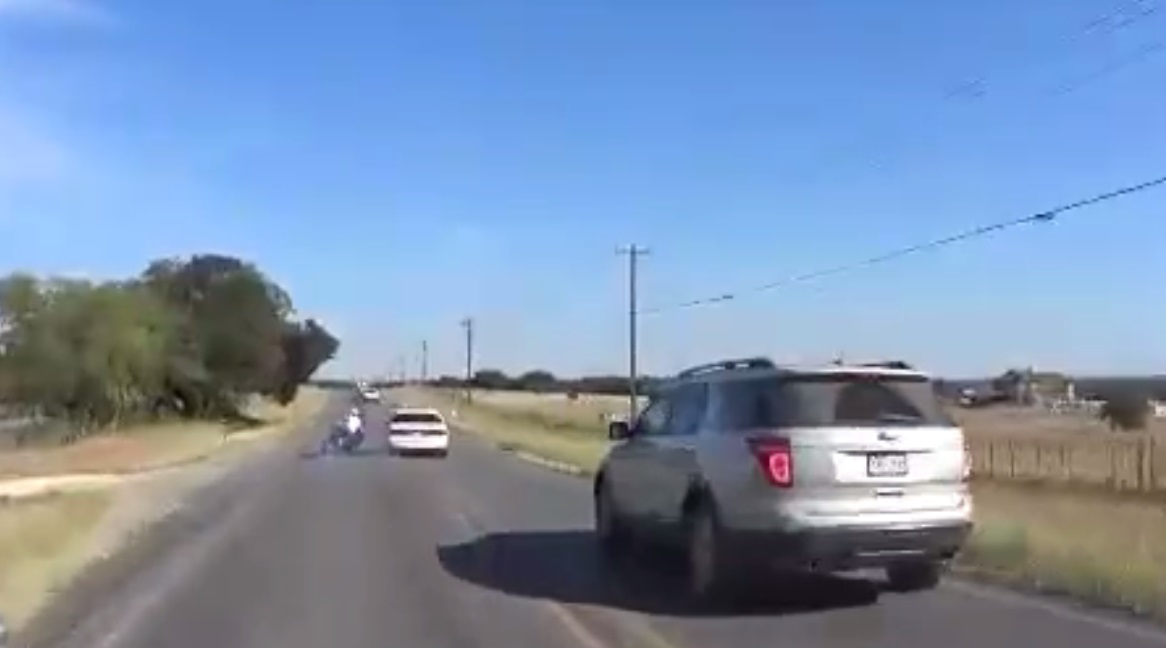 GRANBURY, Texas -- A driver seen on video swerving into a motorcycle, sending its driver and passenger tumbling onto the pavement, may face charges in the crash, according to the Texas Department of Public Safety.

The video recorded Saturday by another motorcyclist, and which has more than two million views on Facebook, shows rider Eric Sanders crossing double yellow lines in an apparent effort to pass a car on Texas's Tin Top Highway.

The car can then be seen sideswiping Sanders' bike, on which Sanders' girlfriend was also riding.

Two were sent tumbling along the pavement and to the side of the road.

"They're worried about infection," Sanders said. "If her arm gets infected they're going to have to amputate it."

Sanders believes his girlfriend will be in the hospital for weeks. He says he has no question in his mind that the collision it was intentional.

"I've seen people pull in front of me all the time, people cut me off all the time," he said. "Never in my life has anyone tried to hit me."

The man who shot the video confronted the driver of the car that hit Sanders and Simpson, and recorded the exchange.

"What were you doing? You hit them," you can hear man, who is Sanders' friend, say.

"I don't care," the driver says. He then mentions the double yellow line that Sanders crossed, before saying, "I got stung by a wasp."

Texas Department of Public Safety Sergeant Lonny Haschel told 48 Hours' Crimesider Monday that police are continuing to investigate, but have already submitted the video and other evidence to the Hood County, Texas District Attorney's Office.

Felony charges are possible in the case.

"(Investigators) have referred the case with what they have thus far to the District Attorney's office, and they will make a decision on charges," Haschel said.