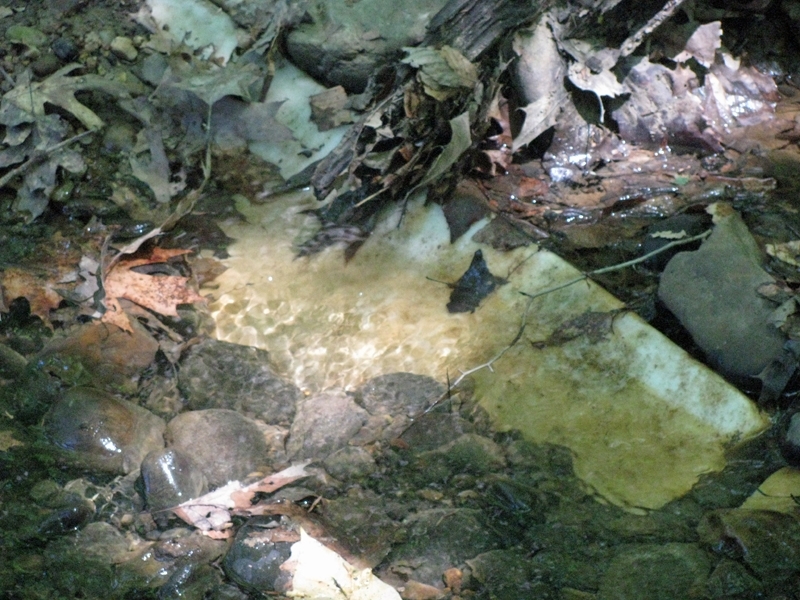 Marked gravestones found lining the banks and lying on the muddy bottom of a stream in Arlington National Cemetery have been removed. Other unmarked stones still lie in the stream, collecting mud and causing controversy.

Cemetery spokeswoman Kaitlin Horst told reporters today that she didn't know how the stones got there.

"Obviously the stones here in the creek bed are not in accordance with our current headstone disposal policy," she said. "Current policy states that all headstones that have been damaged or have been incorrectly inscribed or have become worn beyond recognition obviously are replaced... The old headstones then are supposed to be taken to a control site and are broken down so that the names are not recognizable. And then they are ground up, put in a container and into a recycling site."

The Washington Post told the cemetery about the stones, which were found near a maintenance yard, on Wednesday.

Horst said that the cemetery will "reclaim the stones."

Their discovery follows an Army investigation that found more than 100 graves marked as occupied without headstones, misidentified graves, and dumped burial urns. Horst said that the cemetery is working to correct the problems.

"We're very concerned in light of the news of last week," she said. "We understand that there are families that are very distressed over the news here at Arlington and very concerned that this is another issue that has been brought to our attention, but I have full confidence in the management team here. They are very committed to looking into this and taking the appropriate corrective action."