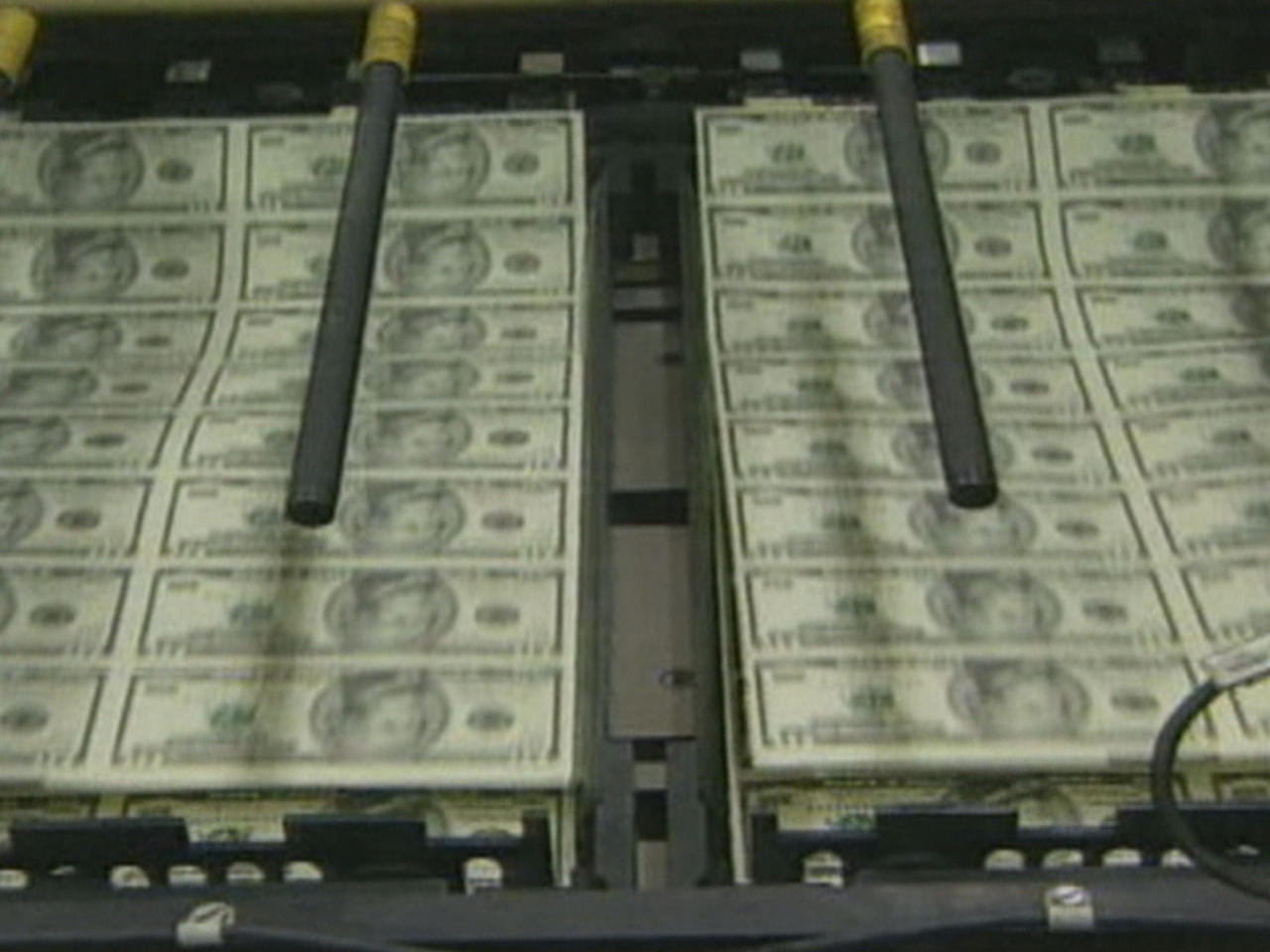 Technology is changing the kinds and number of jobs we have in this economy, so there's a push to give people who lose out a guaranteed minimum income. How big would that check be? And who would it come from? Questions for Lee Cowan to answer in our Cover Story (This story was originally aired April 15, 2018):

Sometimes a sign in a window can be a sign of the times. And the one emblazoned outside Cafe X in San Francisco says it all: "Robotic Coffeebar."

Now we've heard for years that robots are coming for our jobs, eventually, and maybe that's why no one here seemed particularly surprised at being handed their machine-made macchiato.

That said, it is pretty remarkable. This one-armed barista can crank out about 120 drinks an hour -- with few, if any, mistakes. If you're lucky, you might even get a wave.

It's not a bad-looking future, unless you're a human barista, that is, in which case this all might have you feeling a little insecure about your job.

"The best estimate is about 30% of all jobs that people now do will be lost to technology," said former Labor Secretary Robert Reich. "But most of those will be replaced by new jobs. The real problem is that the new jobs won't pay as much as the jobs that are lost."

Just like he says, even at Cafe X there are humans being paid to work alongside technology.

But a seismic shift is coming, warns Reich, that will force us to look at work in a whole new way:

"Work gives structure and meaning to people's lives. And if we don't have to work, are people going to become philosophers, painters, artists? Are they going to be involved in their communities, do voluntary work? Or are they going just sit around, watching television?"

"And we really don't know that answer, right?" asked Cowan.

What we do know is the income disparity in this country will likely only grow.

And that has some suggesting a radical idea: universal basic income, a guaranteed wage for everyone, working or not, with no strings attached.

It's nothing new. Thomas More saw it as part of his fictional "Utopia" as early as the 16th century. Richard Nixon once flirted with the idea. But perhaps its most eloquent spokesman was Dr. Martin Luther King Jr.  "One of the answers, it seems to me, is a guaranteed annual income, a guaranteed minimum income for all people and for all families of our country," he said.

"The problem is, it's not free," said professor Laura Tyson, who teaches economics at UC Berkeley. "There are trade-offs. In order to finance something meaningful as a basic income for truly poor people, would require us to find significant amount of additional revenue. Where would we find that?"

Tyson says even if every other social safety net program was cannibalized to pay for it, the math still won't add up.

A number of places have tested the idea, on a much smaller scale. But so far, economists say none of those test have been scientifically rigorous enough to determine much of anything.

Which is why a lot of people are now looking at Stockton, California.

There's a new mayor here -- Michael Tubbs. He was just 26 when he was elected, having gotten the job based, in part, on his promise to improve the economy.

"Twenty-five percent of our population lives in poverty," Tubbs said, "but I would argue that another 25-30% are just one paycheck away."

He partnered with the Economic Security Project, an organization chaired in part by Chris Hughes, one of the co-founders of Facebook, who has written extensively about the basic income idea. Starting this Fall, his group will underwrite an 18-month experiment in Stockton that will give $500 a month to about a hundred families, and see what they do with it.

Tubbs knows it's not without its risks. "It's no-strings-attached," he said. "You don't know, you have no control over what people will do with the $500."

Luisa Castonon has a pretty good idea: "It would put a little bit of relief on our stress, you know? Let us breathe a little bit. I don't even remember the last time I took my kids to the movies."

Castonon works for minimum wage at a Stockton elementary school as both crossing guard and playground monitor. She's not sure if she'll be one of those getting the money, but she hopes whoever does will take the experiment seriously.

The plausibility of the basic-income idea is still a matter of some pretty basic debate. It's a big investment with big unanswered questions. But for people like Mayor Tubbs, the economic challenges that lie ahead may be even bigger.

"I want answers to these questions," he said. "I want to really be able to say, like, 'No, I tried this in my city and this is what happened,' good or bad. But, being an eternal optimist, and knowing the folks in my city, I'm very confident it's going to be good."