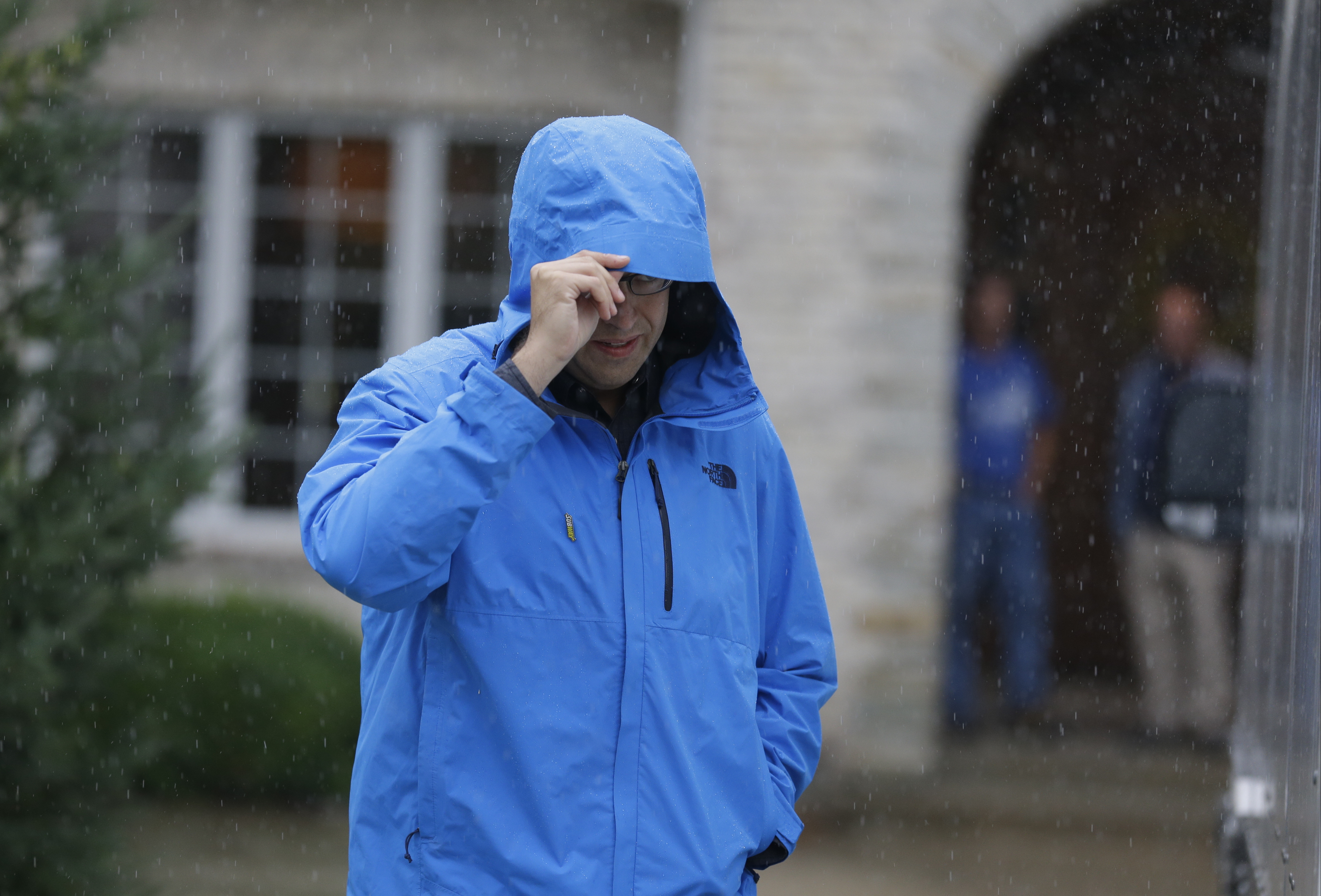 U.S. Attorney Josh Minkler said during a press conference Wednesday that Fogle, who has amassed millions as the spokesperson for the sandwich chain, used his privileged position to hide his crimes.

"This is about using wealth, status and secrecy to illegally exploit children," Minkler said during the press conference.

Prosecutors allege that Fogle knew the pornography had been secretly produced by the former director of his charitable foundation, which sought to raise awareness about childhood obesity. The Jared Foundation regularly arranged for Fogle to visit schools and urge children to adopt healthy eating and exercise habits.

Fogle sat in court with his hands clasped and quietly answered "no" when the judge asked whether he had any questions about his rights on Wednesday morning. He is expected to enter the formal plea at a later date to one count each of travelling to engage in illicit sexual conduct with a minor and distribution and receipt of child pornography.

The agreement released by prosecutors said Fogle agrees to pay $1.4 million in restitution to 14 minor victims, who will each receive $100,000.

The terms of the plea agreement say Fogle will participate in a program of treatment for sexual disorders. It also notes that Fogle can not have any unsupervised meetings, non-incidental communications, activities or visits with any minor unless they are approved by the probation officer.

Fogle cannot be employed in any position or participate as a volunteer in any activity that involves unsupervised meetings, non-incidental communications, activities, or visits with minors except as disclosed to the probation officer.

The government agreed not to seek a sentence of more than 12½ years in prison, and Fogle agreed not to ask for less than five years, according to court documents. Federal judges have wide discretion in sentencing.

Minkler said that Fogle faces between five and 12 year in federal prison. He said investigators confiscated dozens of phones, DVDs, CDs, Mp3 players and other electronic equipment during their investigation.

Fogle's wife, Katie Fogle, released a statement, saying she is "extremely shocked and disappointed by the recent developments involving Jared," adding that she is seeking a divorce.

"My focus is exclusively on the well-being of my children," she said, adding that she would not have any further comment.

Fogle, 37, became Subway's pitchman after shedding more than 200 pounds as a college student, in part by eating the chain's sandwiches. He was the public face of the company for more than 15 years - a period in which its number of locations tripled, making Subway the world's largest restaurant chain.

Subway suspended the partnership in July after agents raided his home in the affluent Indianapolis suburb of Zionsville, and the chain said this week that it had ended its relationship with Fogle.

Federal prosecutors allege in the documents that the married father of two traveled to pay for sex acts, including with minors, from 2007 until as recently as June and that he repeatedly planned business trips to coincide with his sexual pursuits.

On Nov. 3, 2012, Fogle allegedly paid a 17-year-old girl who he had found online to engage in sex acts while he was staying at the Plaza Hotel in New York City, according to court documents. Several months later, he again paid her for sex acts while staying at the Ritz Carlton Hotel, according to the documents, which says the girl told Fogle her age when they first met and that he knew she was a minor.

After the first meeting, the documents said, Fogle texted the girl and offered to pay her a fee if she could find him another underage girl to pay for sex acts. During these discussions, Fogle "stated that he would accept a 16-year-old girl, while stating that the younger the girl, the better," the documents said.

Between 2011 and 2013, Fogle also repeatedly sent text messages to other escorts, "soliciting them to provide him with access to minors as young as 14 to 15 years," the documents said, adding that he would only make such requests after engaging in sex acts with the escorts to "insure that they were not undercover police officers."

The documents also alleged that Fogle on multiple occasions received sexually explicit images and videos produced by Russell Taylor, 43, who ran the charitable Jared Foundation. Two months before Fogle's home was raided, authorities arrested Taylor on seven counts of production of child pornography and one count of possession of child pornography.

Investigators said they discovered a cache of sexually explicit photos and videos Taylor allegedly produced by secretly filming minor children at his home. Prosecutors also allege that Fogle received from Taylor multiple images and videos, some of which were taken by a video camera hidden in a clock radio that filmed children changing clothes or bathing. Some were taken in buildings were Taylor lived.

The documents said Fogle knew those depicted were minors, some as young as 13 or 14 years old, and in some cases knew the minors involved by name and had met them "during social events in Indiana." In other cases, the documents said, Taylor allegedly obtained sexually explicit images taken by others outside the U.S., including videos of children around age 6, and shared them with Fogle.

Taylor's attorney, Brad Banks, has said his client was briefly hospitalized after the allegations against him first surfaced. Sheriff's officials have said Taylor tried to take his own life in jail. Banks said Tuesday that his client remains in federal custody and that prosecutors have until Sept. 3 to issue a grand jury indictment.

Fogle's history with Subway reaches back to his days at Indiana University. The college paper published a story on his weight loss that was then picked up by national media.

Soon after, Subway's advertising agency reached out to Fogle and asked if he wanted to be in a TV commercial. The ensuing ad campaign resonated in part because Fogle seemed like such a regular guy, which made weight loss seem simple and achievable.