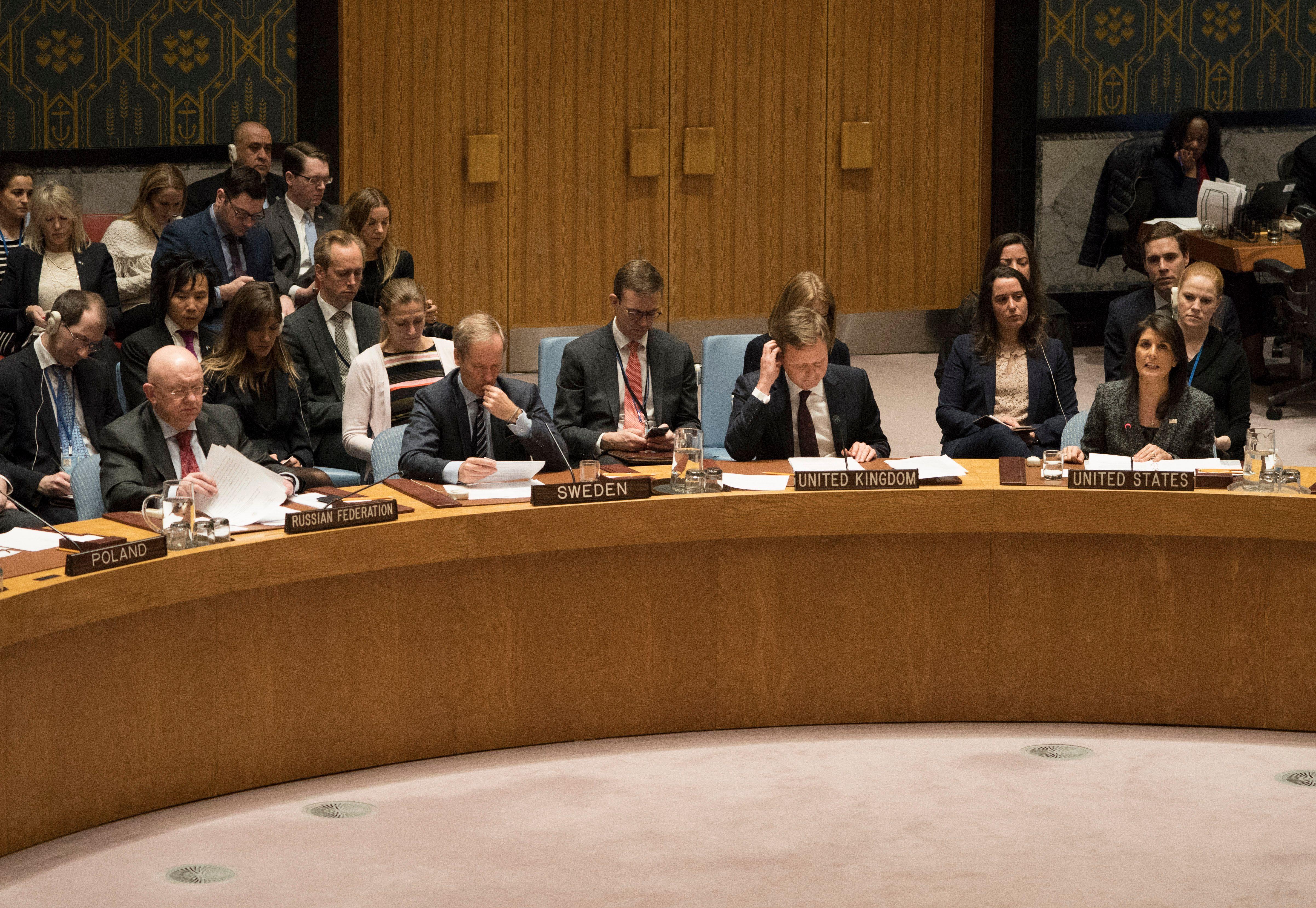 GENEVA -- The outgoing U.N. human rights chief on Monday accused the veto-wielding members of the U.N. Security Council of being second only to criminals who kill and maim when it comes to responsibility for some of the world's most egregious rights violations. Zeid Ra'ad al-Hussein delivered one of the strongest and clearest denunciations yet from a top U.N. official about certain uses of the Security Council veto, which gives extraordinary powers to the five countries that wield it: Britain, China, France, Russia and the U.S.

Speaking to the Human Rights Council, Zeid didn't mention specific vetoes. But the comments were an unmistakable allusion to the war in Syria, over which Russia, a major backer of President Bashar Assad, and China have repeatedly used the veto to block efforts such as to hold war criminals to account or punish Assad's government for alleged use of chemical weapons.

Zeid instead spoke more broadly and decried "some of the most prolific slaughterhouses of humans in recent times": Syria's eastern Ghouta region, the Ituri and Kasai regions of Congo; the embattled city of Taiz in Yemen; Burundi; and Myanmar's northern Rakhine state.

He denounced the "minimal action" taken even though his office has repeatedly exposed human rights violations that "should have served as a trigger for preventive action."

"Given this is my last address as high commissioner at the opening of a March session, I wish to be blunt," Zeid said. The outspoken Jordanian prince isn't seeking a new four-year term when his current one expires in August.

Zeid insisted the five permanent, veto-wielding council members "must answer to the victims" if the veto is used to block any action that could reduce human suffering.

"Second to those who are criminally responsible -- those who kill and maim -- the responsibility for the continuation of so much pain lies with the five permanent members of the U.N. Security Council," he said.

Still, Zeid praised France for "commendable leadership" for its recent push for a code of conduct on use of the veto, which he said Britain and more than 115 countries have supported.

"It is time, for the love of mercy, that China, Russia and the United States, join them and end the pernicious use of the veto," he said.