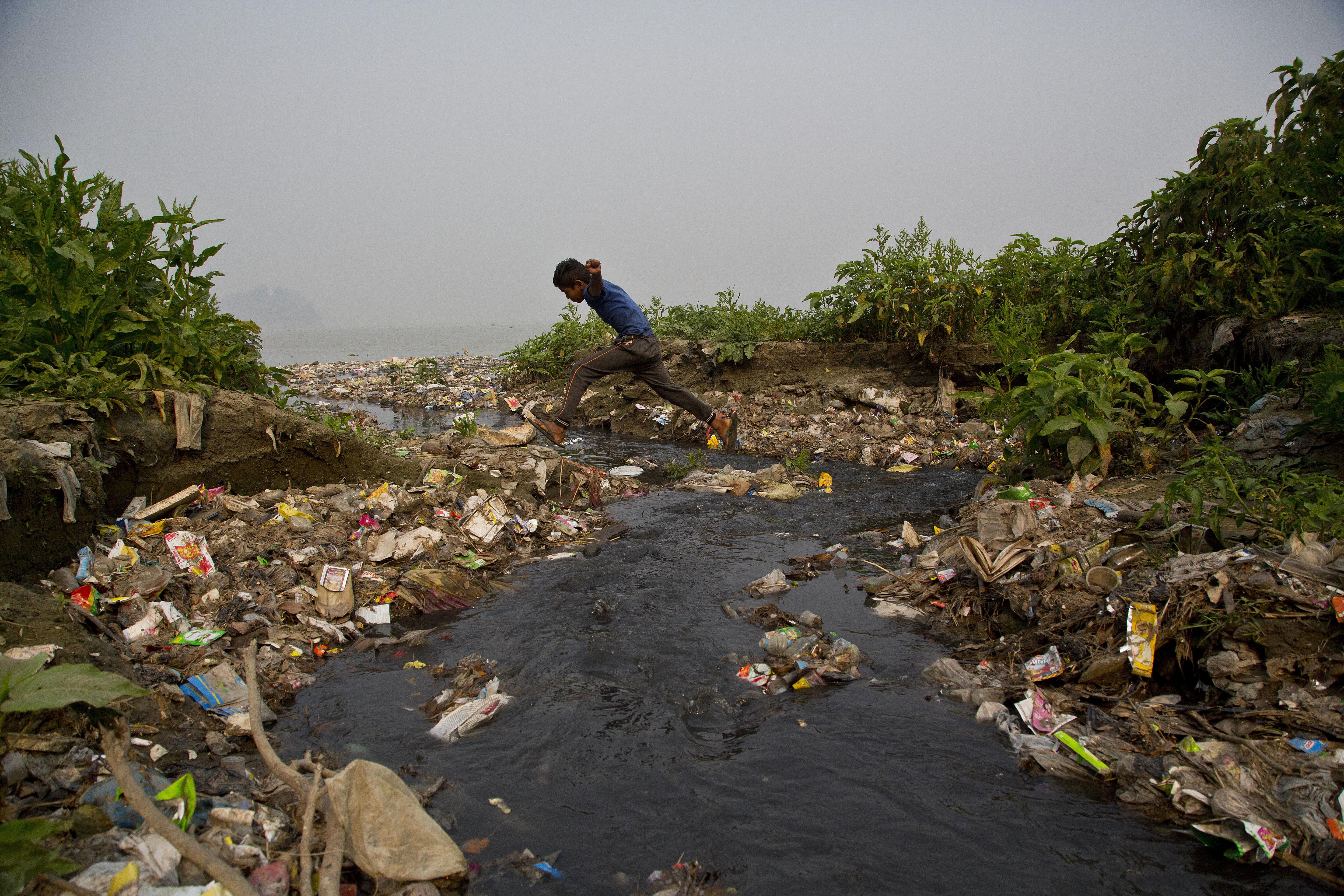 UNITED NATIONS – World Water Day is celebrated at the U.N. as a call to action to recognize that fresh water is not something to take for granted.

"By 2050 at least one in four people will live in a country where the lack of fresh water is chronic or recurrent," Guterres said, adding that 40% of the world's population is affected by water scarcity, 80% of wastewater is discharged untreated into the environment, and 90% of disasters are water-related.

The events of World Water Day follow a new joint report by the World Bank and the U.N. that says that 40 percent of the world's population is affected by water scarcity.

"Access to safe drinking water is a fundamental right, but is still a challenge in many parts of the world," João Vale de Almeida, Ambassador of the European Union to the United Nations told CBS News, adding, "The availability of water is one of the key factors that can lead to conflicts and mass displacements."

To add to the calls for reform, the day at the U.N. is set to crescendo at dusk with an interactive art display by Daan Roosegaarde, called "Waterlicht," with lights and video projected on the iconic U.N. plaza, designed to show a virtual flood.

But intense storms bring back difficult memories for some at the U.N.: During Hurricane Sandy, which occurred in October 2012, the historic U.N. Headquarters sustained flooding to the basement and air circulation system.

And because of the fourth Nor'easter in three weeks, several speakers slated to appear for World Water Day were unable to attend, stuck in the flood of cancelled flights, an irony of climate-related problems not lost on the participants.

Another cancellation because of the weather was rapper and record producer, Armando Christian Pérez, aka "Pitbull," who was on the agenda as a water activist, but whose flight was cancelled, Varma said.

But, despite the difficulties related to climate, the show went on.

Lajčák's message on Thursday was a warning: "We must grapple with the prospect that, very soon, there might not even be enough of it to go around. Because, our water resources are in grave danger."

He said that population growth is depleting supplies and that rainfall patterns are changing, "not for the better."

"The damage we have done to the environment is affecting our climate, and intensifying water-related disasters - including famines, floods and droughts."

"There are a number of factors that are responsible for the shortage of drinking water: Climate change is one of them," Dan Shepard, information officer with the U.N. Department of Public Information, told CBS News, adding, "The mismanagement, misuse and the failure to properly value water are others."

The main host of the U.N. events is the Mission of the Netherlands, where Special Water Envoy Henk Ovink and Minister of Foreign Trade and Development Cooperation Sigrid Kaag were on the agenda to speak about the Dutch experience.

"Worldwide, water is the connecting issue, the number one global risk and the opportunity for comprehensive cultural change," Ovink said.

The Office of the President of the General Assembly will be projecting water-related images and messages onto the U.N. building after the sun sets. "The goal is to highlight how critical water is to sustainable development, to the health of our planet and to all of our lives," Varma said

"It is an issue with real security and development implications, and the Dutch have managed this well," Richard Gowan, a U.N. expert at the European Council on Foreign Relations, told CBS News.

Also introducing innovation in water is the Israel Mission to present the latest water solutions from the public and the private sectors in Israel. "Israel is a country which overcame water-scarcity," Ambassador Danny Danon said.

Guterres outlined a plan to improve the lack of water, that is, to transform the silo-based approach to water supply, sanitation, water management and disaster risk reduction in order to "tackle water stress, combat climate change and enhance resilience."

"It is time to change how we value and manage water."