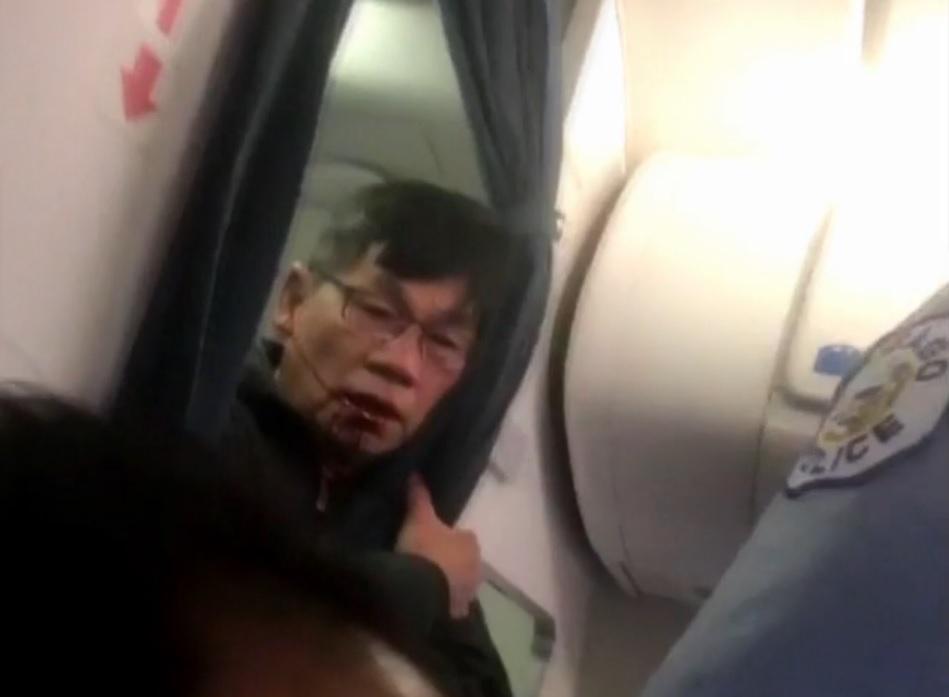 BEIJING -- Widespread condemnation is pouring out in China after images of a bloodied passenger being forcibly removed from a United Airlines flight in Chicago went viral and after a witness’ report that the man said he was targeted because he was Chinese.

Video of the violent incident posted on China’s popular Twitter-like microblogging service Weibo had been viewed more than 210 million times by late Tuesday. Many responded with outrage over perceived ethnic bias against the passenger and some called for a boycott of the U.S.-based airline.

“Rubbish!” writer Su Danqing posted on Weibo. “When they were treating this Asian man, they never thought of human rights, otherwise they wouldn’t have done it that way.”

“Damn it! This airline must be boycotted!” said a posting from Liu Bing, a telecommunications company worker.

State-run media fueled the anger with reports that noted the unidentified victim was an “Asian passenger.” The passenger was later identified as physician David Dao, 69, of Elizabethtown, Kentucky.

United does considerable business with Chinese passengers and a consumer boycott could cause it serious pain. United says it operates more nonstop U.S.-China flights to more cities in China than any other airline.

Rowdiness has long been associated with air travel in China, including passengers getting into fights with crew members and a vicious assault last year in which an enraged customer smashed an airline check-in clerk in the head with a brass plaque.

The United incident appeared to feed into such customer frustrations -- only this time the tables were turned and the passenger was cast as the victim.

Airline CEO Oscar Munoz said the man removed from the Chicago-to-Kentucky flight had become “disruptive and belligerent” after he was asked to leave the plane to make room for several employees of a partner airline who wanted on the flight.

When the man refused, officers from the Chicago Aviation Department came in and first tried to reason with him before pulling him from his seat by force and dragging him away, according to a passenger, Tyler Bridges, whose wife later posted a video of the altercation on Facebook.

In a statement issued Tuesday, Munoz issued his “deepest apologies” for the incident and said the company is reviewing its policies. He said he expects the results to be completed by April 30.

“Like you, I continue to be disturbed by what happened on this flight and I deeply apologize to the customer forcibly removed and to all the customers aboard,” he wrote. “No one should ever be mistreated this way.”

He added the company will “take full responsibility” and is undertaking a “thorough review of crew movement, our policies for incentivizing volunteers in these situations, how we handle oversold situations and an examination of how we partner with airport authorities and local law enforcement.”