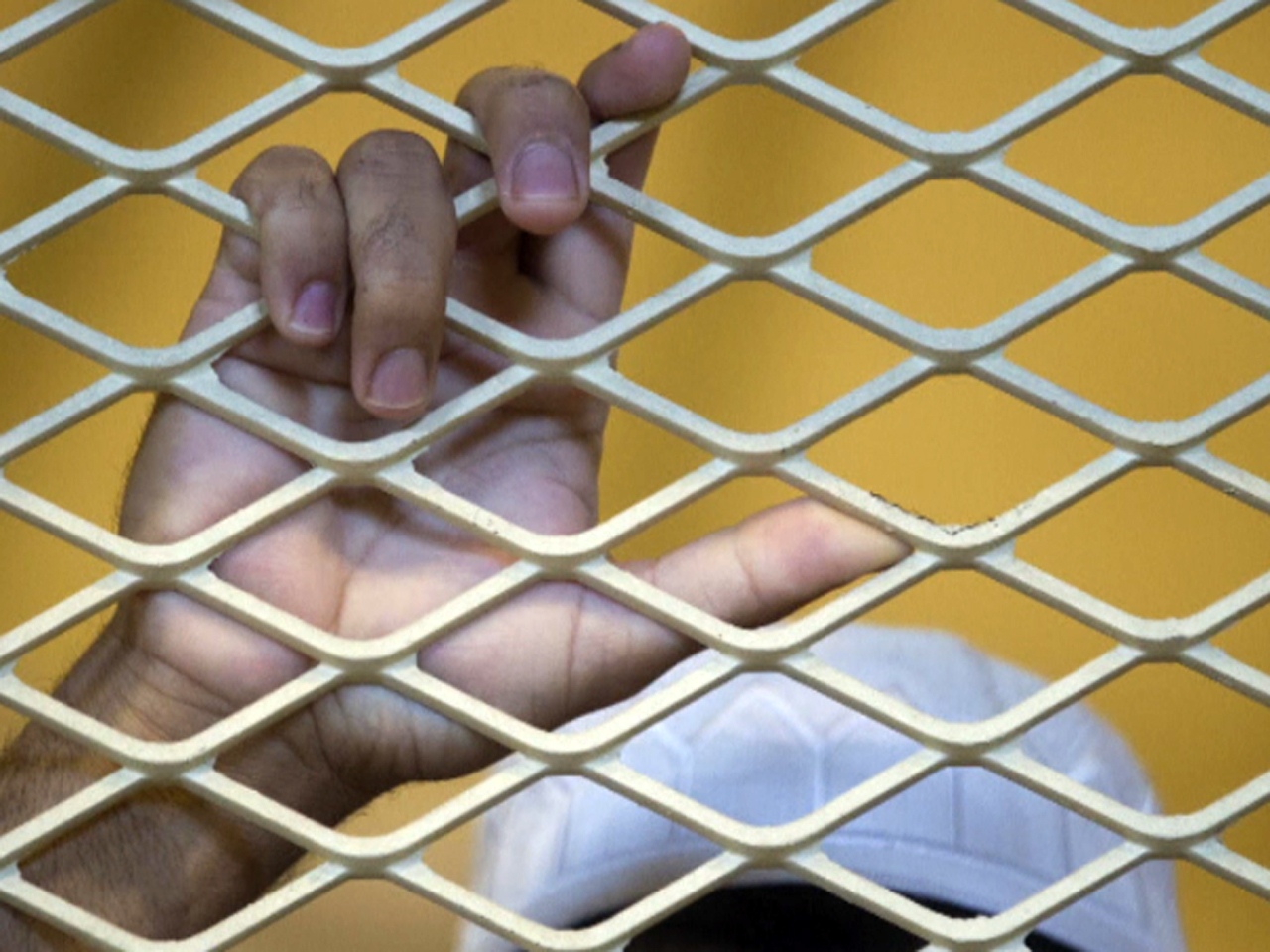 WASHINGTON - President Barack Obama is threatening to veto legislation that would require that all foreign terrorism suspects, whether captured abroad on U.S. soil, be taken into military custody instead of the civilian justice system.

The decade-long debate since 9/11 about which system is best suited to handle operatives for Al Qaeda and its affiliated groups resumed on the U.S. Senate floor last week, when the Senate passed the controversial provisions as part of a $662 billion National Defense Authorization Act

"The presumption will be military custody," says Senator Kelly Ayotte, a New Hampshire Republican and former district attorney who is a leading supporter of the new detainee provisions. "The nature of being at war with someone is very different than a common criminal case," she says.

One recent criminal case Ayotte finds troubling is the prosecution of Omar Farouk Abdulmutallab, the Nigerian who failed to blow up an Amsterdam-to-Detroit passenger jet on Christmas two years ago with a homemade bomb planted in his underwear. After Abdulmutallab was apprehended, the FBI questioned him for almost an hour, pursuant to the national security exception to the Miranda rule, and then read him his rights.

"When a terrorist hears 'you have the right to remain silent,' that's inconsistent with what we need to do to get the most information out of them to protect American lives," Ayotte says.

Abdulmutallab declined to answer questions for five weeks until agents arrived at his parent's home in Nigeria and brought them to the U.S. They persuaded their son to talk to investigators.

Ayotte says, "We're fortunate that was only one incident that he was planning. What if there were multiple incidences? What if it were another 9/11, and there were other events that were going to unfold?"

Supporters of this dramatic change in U.S. counterterrorism policy, including Republican Senators Lindsey Graham of South Carolina and John McCain of Arizona and Democrat Carl Levin of Michigan, who chairs the Senate Armed Services Committee, say the law of war should take precedence when it comes to stopping Al Qaeda, the Taliban, and similar radical Islamist organizations.

"I don't believe fighting Al Qaeda is a law enforcement function," Graham told colleagues during the Senate debate. "I believe our military should be deeply involved in fighting these guys at home and abroad."

Colorado Democratic Senator Mark Udall, who tried to block the provision, cites the Abdulmutallab case to bolster his argument.

Udall says, "His family encouraged him to come clean. He did. We gathered a lot of intelligence that's helped us pursue the war on terror."

In October, just as his criminal trial got underway, Abdulmutallab abruptly decided to plead guilty. He faces life in prison when he is sentenced next month.

Udall also points to the case of Najibullah Zazi, an Al Qaeda operative from Afghanistan who obtained components for backpack bombs in Colorado and then drove to New York City with a plan to bomb the subway. After months of surveillance, the FBI arrested Zazi in September 2009, and later, five co-conspirators. Last year, Zazi pleaded guilty and is now serving a life sentence.

The Zazi and Abdulmutallab cases are just two of the most noteworthy among more than 300-terrorism-related convictions obtained by federal prosecutors since 9/11. The list includes 9/11 conspirator Zacarias Moussaoui, the French national who is the only person to undergo trial, civilian or military, for the 9/11 attacks; he is serving a life sentence in prison.

Richard Reid, the "shoe" bomber who tried to detonate explosives aboard a Paris-to-Boston flight in 2002, was also convicted in federal court and is serving life. More recently, Faisal Shazad, who tried to detonate a car bomb in Times Square last May after training with the Pakistani Taliban, pleaded guilty in New York federal court and got a life sentence. David Coleman Headley, a U.S. citizen who conspired with operatives of Lashkar-e-Taiba, a Pakistani terrorist group, in planning the 2008 Mumbai attacks, pleaded guilty to terrorism charges in Chicago and became a cooperating government witness.

"The system we have is working. Let's not fix it if it's not broken," Udall says.

Among those who agree with him are FBI Director Robert Mueller, Defense Secretary Leon Panetta, and Director of National Intelligence James Clapper, whose office was created after 9/11 precisely to coordinate an inter-agency response to terror threats. All three officials wrote blistering letters to Capitol Hill.

Mueller wrote the "presumption of military detention" would "restrict the FBI" from gathering a suspect's "communication or financial records" or using a grand jury to "subpoena witnesses," and "inhibit our ability to convince arrestees to cooperate."

Panetta warned the bill "imposes a whole new restraint on the flexibility we need to pursue our counterterrorism efforts" and called certain transfer restrictions "unworkable."

A group of 26 retired generals and admirals, opposing the new provisions, said in a letter to senators the bill "reduces the options available to our Commander-in-Chief to incapacitate terrorists" and called the policies an "overreach" that would "do more harm than good." The same group worked previously with Senator McCain to assure passage of the 2008 Detainee Treatment Act, which banned torture.

The legislation provides for "waiver" to allow the military to turn over a suspect to law enforcement, but DNI Clapper wrote that process would "introduce unnecessary rigidity at a time when our intelligence, military, and law enforcement professionals are working more closely than ever to defend our nation effectively and quickly from terrorist attacks."

"The Senate has engaged in political micromanagement at the expense of sensible national security policy," said Obama National Security Council Spokesman Tommy Vietor, who affirmed advisers' intent to recommend a veto. The Senate's version of the NDAA must first be reconciled with the House's version in conference before being sent to the President.

The bill also presents logistical questions. For instance, where would the military hold the terrorism suspects?

"I think they should go to Guantanamo," Senator Ayotte says, adding that mandatory military detention would apply only to "members of al Qaeda or associated forces who've planned or participated in an attack against the United States or our coalition partners."

The military prison at the U.S. Naval Base in Guantanamo Bay, Cuba, was never closed, as President Obama promised during his campaign and an early executive order. Currently 170 detainees, including five alleged 9/11 plotters remain at Guantanamo, and Congress has previously voted to block any further detainee transfers to federal court.

Meanwhile, the U.S. military prison at Bagram Air Base, in Afghanistan, has more than 3,000 prisoners, and the military soon plans to award a contract to expand capacity to 5,500. The Senate provisions could inhibit the military's ability to transfer those detainees to Afghan custody.

Indefinite detention without charges or access to counsel, even of foreign nationals, wherever they are held, concerns Senator Udall. "The heart of our system is the belief that you can defend yourself," he says.

Udall also sees lessons for the "global war on terror" in the Civil War, World War One, and World War Two. The senator says, "In each of those wars, we constricted civil liberties, and we undertook policies we later came to regret."