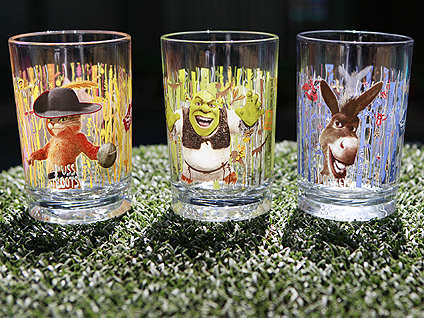 Authorities painted over a yellow and white stain on a concrete wall of an expressway underpass that some believed was an image of the Virgin Mary after it was defaced, police said Friday.

Authorities charged Victor Gonzalez, 37, of Chicago Friday morning with criminal damage to state supported property, a misdemeanor, for allegedly writing with black shoe polish the words "Big Lie" over the image, police spokesman David Banks said. A public telephone listing for Gonzalez could not be found.

Banks said witnesses told police they saw a man on a bicycle writing on the image around 11:35 p.m. Thursday.

Authorities later painted over the image because it had been defaced, Banks said.

Hundreds of people have flocked to the Kennedy Expressway underpass since last month to see the image. So many came that traffic was blocked. Barricades and understanding officers, though, turned the street into a shrine of sorts, reports Vince Gerasole of CBS station WBBM-TV. Many prayed and placed flowers and candles near the image.

Police were initially reluctant to release Gonzalez's name because of concerns that outrage over the defacement might jeopardize his safety. "This could be a nasty thing," Banks told the Chicago Tribune.

The Illinois Department of Transportation has said the stain was likely the result of salt run-off.

Worldwide, people have been drawn to images believed to resemble the Virgin Mary seen on windows, fence posts and walls.

Among the best-known in the United States was an image seen in office windows in Clearwater, Fla. Within weeks, a half million people had been to the site. Glass experts believe the image was created by a chemical reaction and corrosion of the metallic elements in the glass coating, but they could not explain why it took the shape it did. The windows were broken last year.