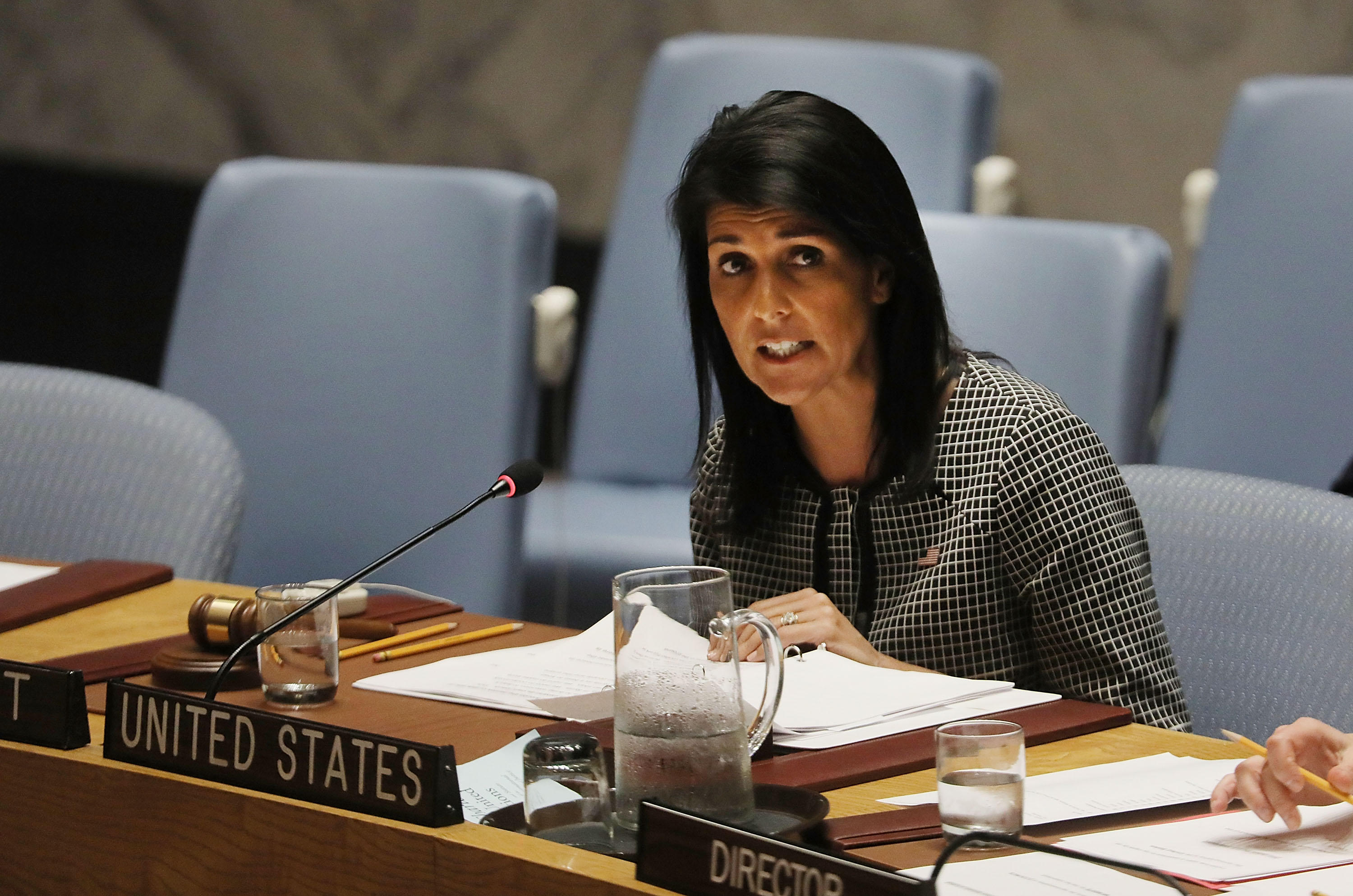 UNITED NATIONS -- The Security Council threatened new sanctions against North Korea Thursday in a strongly worded condemnation of its latest missile launch after the U.S. agreed to a Russian request to include a call for “dialogue” with Pyongyang.

The council said North Korea’s illegal missile and nuclear activities “are greatly increasing tension in the region and beyond” and expressed “utmost concern” at its “highly destabilizing behavior and flagrant and provocative defiance” of six U.N. sanctions resolutions.

The U.N.’s most powerful body demanded an immediate end to the North’s nuclear and missile tests and threatened to take “further significant measures” -- U.N. code for new sanctions. The non-binding statement was significant in part due to support by China, North Korea’s closest ally.

The U.S. had accused Russia of blocking the statement Wednesday, CBS News’ Pamela Falk reported. Russia insisted on including language from previous council statements calling for “dialogue” with Pyongyang.

Russia said they had requested the change and took issue with U.S. claims that they were blocking the statement.

“When we requested to restore the agreed language that was of political importance and expressed commitment to continue to work on the draft with the penholder, the U.S. delegation without providing any explanations cancelled the work on the draft claiming that is was Russia who had ‘blocked’ the statement,” a Russian diplomat told CBS News.

Russia’s deputy ambassador Petr Iliichev told reporters Thursday morning that the U.S. acted in an “abrupt manner” and insisted that Moscow didn’t block the statement and was open to discussions.

The statement issued later Thursday by the council includes the language Russia wanted.

It expresses the Security Council’s commitment “to a peaceful, diplomatic and political solution to the situation” and welcomes efforts by council members and other countries “to facilitate a peaceful and comprehensive solution through dialogue.”

Council diplomats, speaking anonymously because discussions were private, said the U.S., which is in charge of drafting council statements and resolutions on North Korea, had dropped the call for “dialogue” as part of its effort to toughen the text.

“Everyone came together,” U.S. Ambassador Nikki Haley told reporters. “I think at the end of the day we realized North Korea is a problem and no one on the council wants to see North Korea move forward with any sort of testing or strikes ... and if we have to start looking at sanctions or other actions we will.”

Tensions have escalated over North Korean moves to accelerate its arms programs, including developing an intercontinental ballistic missile that could reach the United States and announcing that a declared priority is to develop a hydrogen bomb.

When asked by CBS News if she considers ballistic missile tests to be a provocation, Haley said Wednesday the U.S. evaluates North Korean action based on whether the country “violates Security Council resolutions, so they definitely have done that.”

The North conducted two nuclear bomb tests and 24 ballistic missile tests last year, defying Security Council sanctions resolutions banning any testing, and it has conducted additional missile tests this year, including the latest one on April 15 that failed.

They also emphasized “the vital importance” of North Korea “immediately showing sincere commitment to denuclearization. To that end, they urged Pyongyang to end nuclear tests and called on all countries to fully implement sanctions against the country.