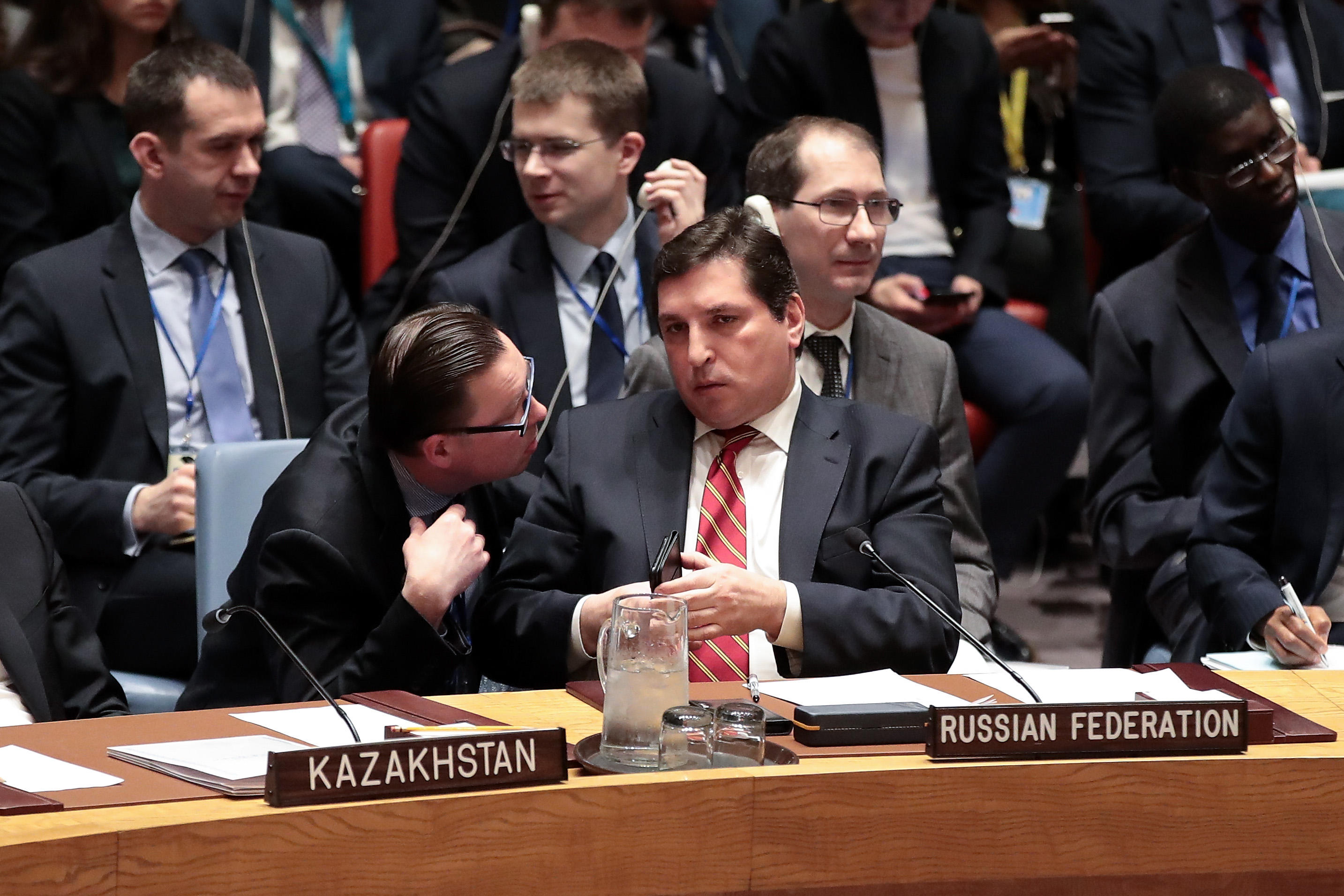 UNITED NATIONS -- Russia objected to a Security Council statement proposed by the U.S. on Wednesday that would have condemned North Korea’s missile tests, despite China’s support of the measure, CBS News’ Pamela Falk reports.

A Security Council diplomat familiar with the negotiations confirmed that the draft press statement was approved by China, the North’s closest ally, as well as the other permanent members of the Security Council. Russia was the lone dissenter.

“Russia is slowing this down, and it is not clear why,” the diplomat told CBS News. “The U.S. wanted to get the message out.”

Falk reports that the Russian Mission to the U.N. responded to the delay late Wednesday, conceding that they wanted language from earlier statements included.

“When we requested to restore the agreed language that was of political importance and expressed commitment to continue to work on the draft with the penholder, the U.S. delegation without providing any explanations cancelled the work on the draft claiming that is was Russia who had ‘blocked’ the statement,” a Russian diplomat told CBS News.

The statement includes a Security Council demand that “the Democratic People’s Republic of Korea conduct no further tests.” It also states that North Korea’s “illegal ballistic missile activities are contributing to its development of nuclear weapons.”

China has been slow to support statements condemning North Korea in the past, but signed off on the message Wednesday. U.S. Ambassador Nikki Haley circulated the missive in her role as president of the Security Council for the month of April.

Diplomats speaking on condition of anonymity told The Associated Press that Russia objected because a sentence in the draft expressing the council’s commitment “to a peaceful, diplomatic and political solution to the situation” dropped the words “through dialogue” that had been in previous statements.

Earlier in the day on Wednesday, Haley told reporters, “It is important that North Korea know we are not trying to pick a fight, so don’t try to give us one.”

“We have said it as clearly as we can possibly say it: The ball is in their court. They shouldn’t try and play it,” she said.

Asked by CBS News if she considers ballistic missile tests to be a provocation, she said the U.S. evaluates North Korean action based on whether the country “violates Security Council resolutions, so they definitely have done that.”

North Korea will definitely be in the U.N. spotlight on April 28 when U.S. Secretary of State Rex Tillerson presides at a Security Council meeting where U.N. Secretary-General Antonio Guterres will brief members on the North’s nuclear program. The U.S. has invited foreign ministers from the 14 other council nations and many are expected to attend.

Vice President Mike Pence visited South Korea over the weekend in a show of support for the U.S. ally. The U.S. carrier group that includes the USS Carl Vinson is scheduled to arrive off the Korean coast by the end of April, CBS News’ David Martin reports.