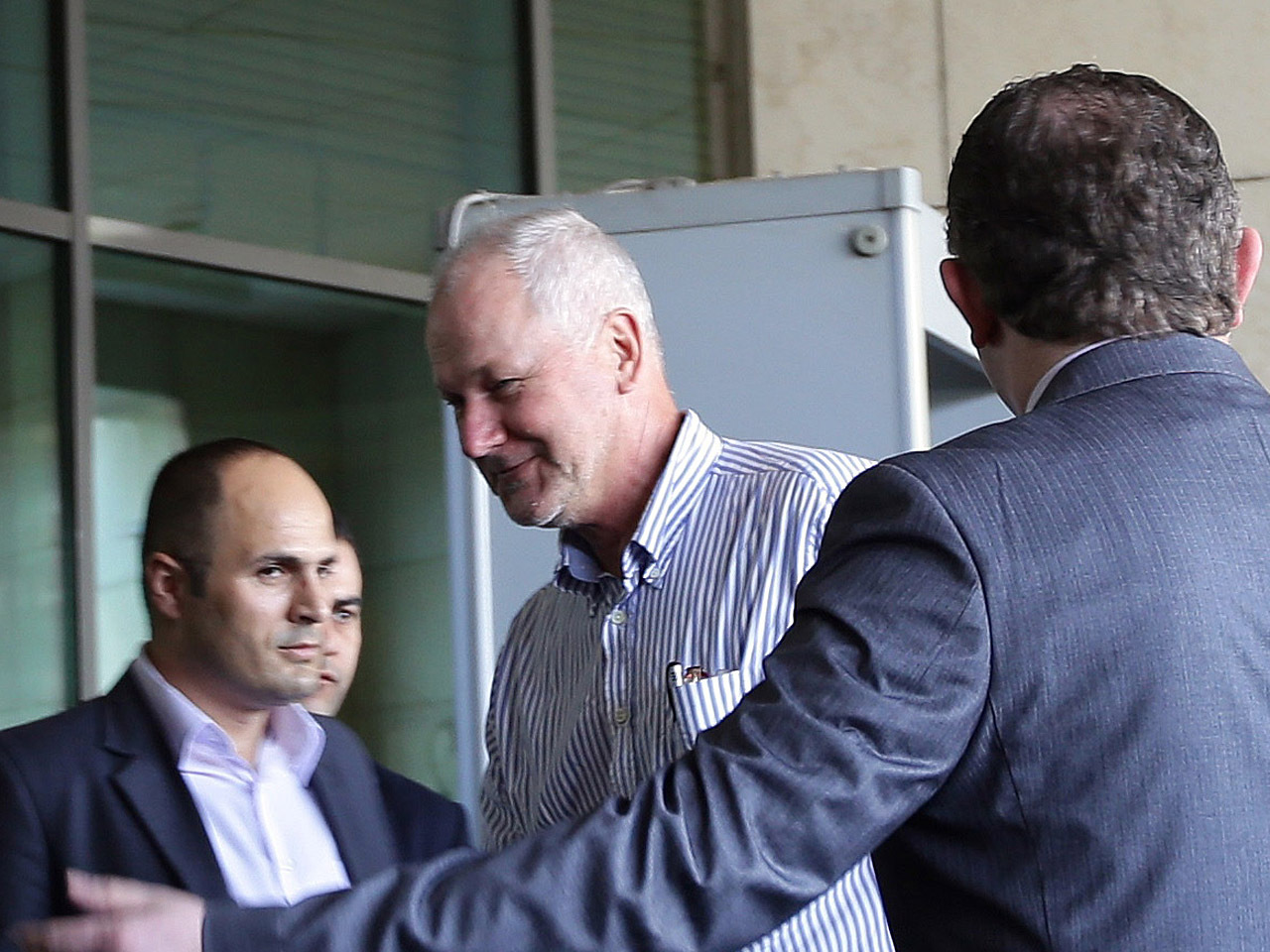 UNITED NATIONS The U.N. Security Council called Wednesday for "a thorough, impartial and prompt investigation" of the latest allegation of chemical weapons use in Syria.

The council backed Secretary-General Ban Ki-moon's determination to ensure a "thorough investigation" of the alleged attack on the eastern suburbs of Damascus which may have left hundreds dead.

U.N. deputy spokesman Eduardo del Buey said earlier that the secretary-general was "shocked" at Wednesday's alleged use of chemical weapons and wants all reported incidents investigated.

During a two-hour closed-door meeting, diplomats said Russia and China, which support the Syrian government, blocked a stronger press statement supported by Britain, France, the United States and others.

But Russia and China agreed that the council president could sum up the session with "press elements" — close to the weakest response from the U.N.'s most powerful body, the diplomats said, speaking on condition of anonymity because the discussions were private.

Argentina's U.N. Ambassador Maria Cristina Perceval, the current council president, told reporters that there was "strong concern" about the latest allegations of alleged chemical weapons use "and a general sense that there must be clarity on what happened."

The Western-backed opposition Syrian National Council accused President Bashar Assad's regime of carrying out a toxic gas attack that killed at least 1,300 people, including many children as they slept. The government denied using chemical weapons.

Perceval said council members "welcomed the determination of the secretary-general to ensure a thorough, impartial and prompt investigation."

"All council members agreed that any use of chemical weapons by any side under any circumstances is a violation of international law," she said. "There was also an agreement for a strong call for a cessation of hostilities and a cease-fire ... (and) the need for immediate humanitarian assistance to the victims."

Before the council meeting, a letter drafted by Britain and France was sent to the secretary-general requesting that the team launch "an urgent investigation ... as expeditiously as possible" into Wednesday's incident as well.

The letter, obtained by The Associated Press, cited "credible reports of the use of chemical weapons" and urged the secretary-general "to do all you can to ensure that the mission has urgent access to all relevant sites and sources of information."

U.N. Deputy Secretary-General Jan Eliasson, who briefed the council, expressed hope that the Syrian government will give the team access to the site as soon as possible, though he cautioned that "the security situation right now does not allow such access."

"This represents, no matter what conclusions are, a serious escalation with grave humanitarian consequences and human consequences," Eliasson stressed.

He called for a cessation of hostilities not only in the area of the alleged attack but throughout Syria, where the U.N. says more than 100,000 people have been killed in the 2 1/2 year conflict.

"What this incident has shown is, of course, that we must contain this conflict," Eliasson said. "We have already seen effects on the regional implications, and now, the possibility of the use of chemical weapons which is to be investigated."

A White House spokesman said the U.S. supported a U.N. investigation and a Security Council debate.

The Obama administration had earlier in the conflict called the use of chemical weapons a "red line," but several reported previous incidents have blurred what that meant.

"If the Syrian government has nothing to hide and is truly committed to an impartial and credible investigation of chemical weapons use in Syria, it will facilitate the U.N. team's immediate and unfettered access to this site," White House spokesman Josh Earnest told reporters Wednesday.

Under the terms of an agreement between the U.N. and the Syrian government, the U.N. team will investigate an alleged chemical weapons attack on March 19 on the village of Khan al Assal outside the city of Aleppo, which was captured by the rebels last month. It will investigate two other sites of alleged attacks, which are being kept secret for security reasons.

Chemical weapons experts have raised doubts about whether anything will be found at the three sites because the alleged attacks took place months ago.

But if chemical weapons were used Wednesday, a prompt investigation would be much more likely to produce evidence.

Del Buey said the head of the U.N. team, Swedish professor Ake Sellstrom, "is in discussions with the Syrian government on all issues pertaining to the alleged use of chemical weapons, including this most recent reported incident."

He said the secretary-general was aware that a number of member states, the Arab League and the European Union have expressed "grave concern" about the latest alleged attack.

"The secretary-general reaffirms his determination to ensure a thorough investigation of the reported alleged incidents that are brought to his attention by member states," del Buey said.

Diplomats cautioned that the mandate for the current investigation is limited.

The U.N. team will report on whether chemical weapons were used, and if so which ones, but it will not determine the responsibility for an attack. This has led some commentators to question the value of the investigation.

On June 13, the United States said it had conclusive evidence that Assad's regime had used chemical weapons against opposition forces. That crossed what President Obama had called a "red line" and prompted a U.S. decision to send arms and ammunition to the opposition, though reports say none have arrived yet.