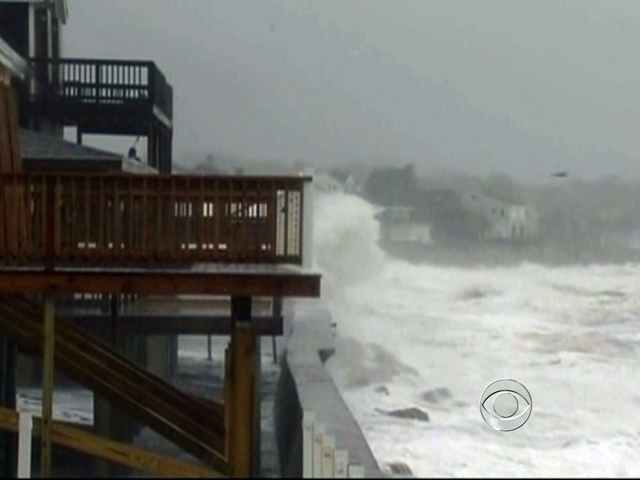 (CBS News) CHICAGO - The United Nations issued a report saying the planet saw "unprecedented climate extremes" in the last decade with every spot on the globe affected in some way.

At Chicago's Shedd Aquarium, research biologist Phil Willink worries about what he sees when he looks at Lake Michigan.

"What's most disturbing," he said, "is that when we look at the average lake level over the past decade, it has dropped down and has not gone back up substantially. Not like it has in the past."

So is it evaporation that's causing these low lake levels? "Evaporation rates are going up," said Willink, "and that seems to be due to climate change."

But low lake levels seem a minor irritant compared to the devastation charted in Wednesday's report.

The last decade, it said, produced hurricanes in the Gulf of Mexico and typhoons in the Pacific that caused $380 billion in damage.

Global temperatures have risen so steeply since the 1980s, that Arctic sea ice is now melting twice as fast as it once did.

About 370,000 people were killed by extreme weather, with many of the casualties blamed on paralyzing heat waves that gripped Europe in 2003, and Russia in 2010.

The last decade was the warmest since the 1880's. Almost half the nations on Earth broke 50-year old records for high temperatures.

The report said the extreme weather between 2001 and 2010 was not driven by any persistent weather phenomenon such as El Nino.

And indications are that neither the extremes nor their consequences are evening out. For example, Lake Michigan is predicted to drop two feet by the end of this century with untold effects on wildlife, tourism and commerce.

And that, he said, is cause for concern.