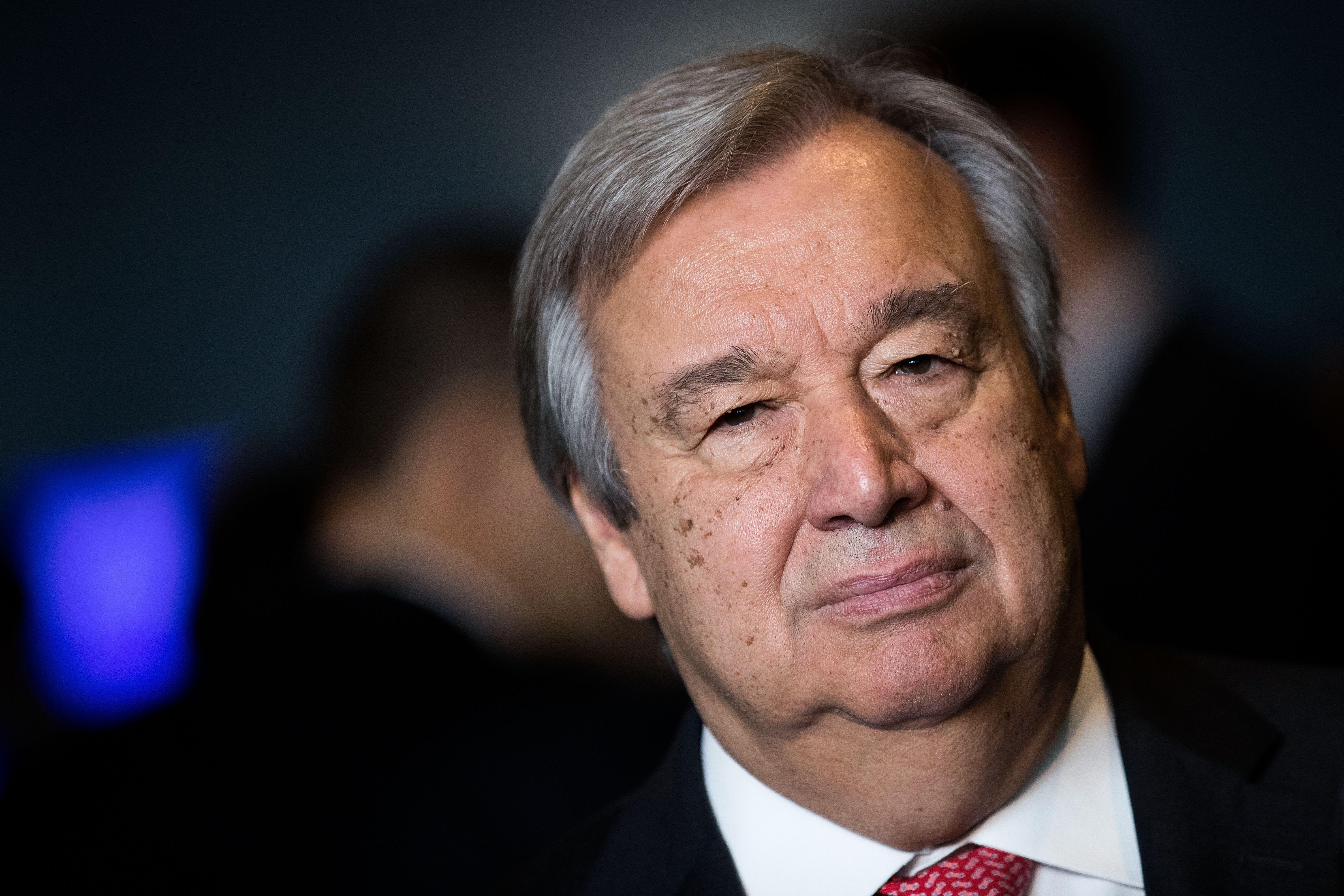 With the bang of a gavel, the United Nations General Assembly elected, by acclamation, Antonio Guterres as its ninth secretary-general. The former prime minister of Portugal and former U.N. refugee chief will take office in 2017, when two-term South Korean U.N. chief Ban Ki-moon departs.

Vowing to do his best to end the suffering of the people of Syria, which he said “breaks my heart,” Guterres added: “I have witnessed, first-hand, the suffering of the most vulnerable people on earth. I have visited war zones and refugee camps where one might legitimately ask: What has happened to the dignity and worth of the human person?”

With an effort to help mend divisions, he said, “I believe that diversity in all its forms is a tremendous asset and not a threat, that in societies that are more and more multi-ethnic, multicultural and multireligious, diversity can bring us together, not drive us apart.”

Guterres was a consensus candidate, supported by Russia and the U.S., after months of voting and public hearings and the vetting of 13 candidates, including seven women, in which Guterres led all six polls.

General Assembly President Peter Thomson introduced the resolution and paused for applause after he announced the result. Ban said that Guterres is “best known where it counts most, on the front lines of armed conflict and humanitarian suffering.”

With the U.N. stunned by world crises that seem intractable, the hope of diplomats is that Guterres can mend fences and help find negotiated solutions to the war in Syria and the global migration crisis.

In a statement, President Obama pledged to give support to the new secretary-general.

“We have every confidence that, as a former prime minister of Portugal and U.N. high commissioner for refugees, Mr. Guterres has the character, vision and skills needed to lead the United Nations at this critical moment and to reform its organizations and operations to better meet these unprecedented challenges,” Mr. Obama said.

U.S. Ambassador to the U.N. Samantha Power said, “In Mr. Guterres we have a candidate with both head and heart,” and joked that, although he is not a woman, which several civil society groups had pressed for, he has all the qualities needed.

At 67, Guterres’ career has covered a lot of ground: He began as a student of physics and became an activist during the years of the dictatorship in Portugal and was elected prime minister in 1995; after serving two terms, he was elected by the U.N. General Assembly to be the high commissioner for refugees.

U.K. Ambassador Matthew Rycroft said, “The world needs a strong United Nations, and he is the best possible leader to build on the work of his predecessors to provide that leadership.”

Russian Ambassador Vitaly Churkin, this month’s president of the Security Council, hailed the moment as “historic.”

In a wide-ranging interview by phone from Lisbon before his election, Guterres told CBS News, “The highest priority must be a surge in diplomacy for peace.”

Guterres has the experience of a decade as high commissioner of the U.N. agency perhaps most in the hot seat, the U.N. Refugee Agency, and he is likely, diplomats said, to bring with him a team of communicators: Melissa Fleming, the chief communications director and spokesperson at the refugee agency; Carlos Lopez, the executive secretary of the U.N. Economic Commission for Africa; and Alicia Barcena, the executive secretary of the Economic Commission for Latin America and the Caribbean, while drawing on the current Department of Public Information team.

Most diplomats in the U.S. and around the world are focused squarely on the U.S. presidential campaign while the quieter race was taking place to find a new leader for the largest international organization on earth with a budget of $5.4 billion for 2016-17. In the end, the choice became clear: a seasoned Portuguese former prime minister won widespread support – António Manuel de Oliviera Guterres.

Guterres studied at the Instituto Superior Técnico, an elite engineering school of the public University of Lisbon, where his first major was theoretical physics, and his first job was teaching physics to university students. But his college years – 1966 to 1971 - were turbulent.

Midway through Guterres’ college years, Portugal’s politics began to shift; for 35 years, it had been under the thumb of authoritarianism, and Guterres’ interests shifted as well, to politics and diplomacy.

Guterres told CBS News that his first objective in life, when he was a student in high school, was to become a doctor in physics, and in college he taught physics to younger students, which was “the most fantastic intellectual passion of my life.”

Because physics was Guterres’ first calling and his continuing passion is the study of physics, CBS News asked if he wants the job because he considers the U.N. a “black hole.”

“No, I don’t think so,” he said. “The U.N. is still the pillar of multilateralism. So many people see their lives rescued thanks to the U.N. The fact that many times the U.N. fails is also because member states themselves are not able to come together and create conditions for the U.N. to be more effective.”

The U.S. contribution remains the largest at 22 percent of the regular budget ($5.4 billion) and 28.5 percent of the peacekeeping budget ($8.27 billion) -- significantly higher than other countries.

Rocked by unresolved conflicts, sexual assaults by peacekeepers and a bribery scandal, the hope expressed by many diplomats is that the next chief will restore credibility to the 71-year-old organization and, perhaps, help to warm relations that have soured between the U.S. and Russia.

More than 1,300 dead after major earthquake rocks Syria and Turkey