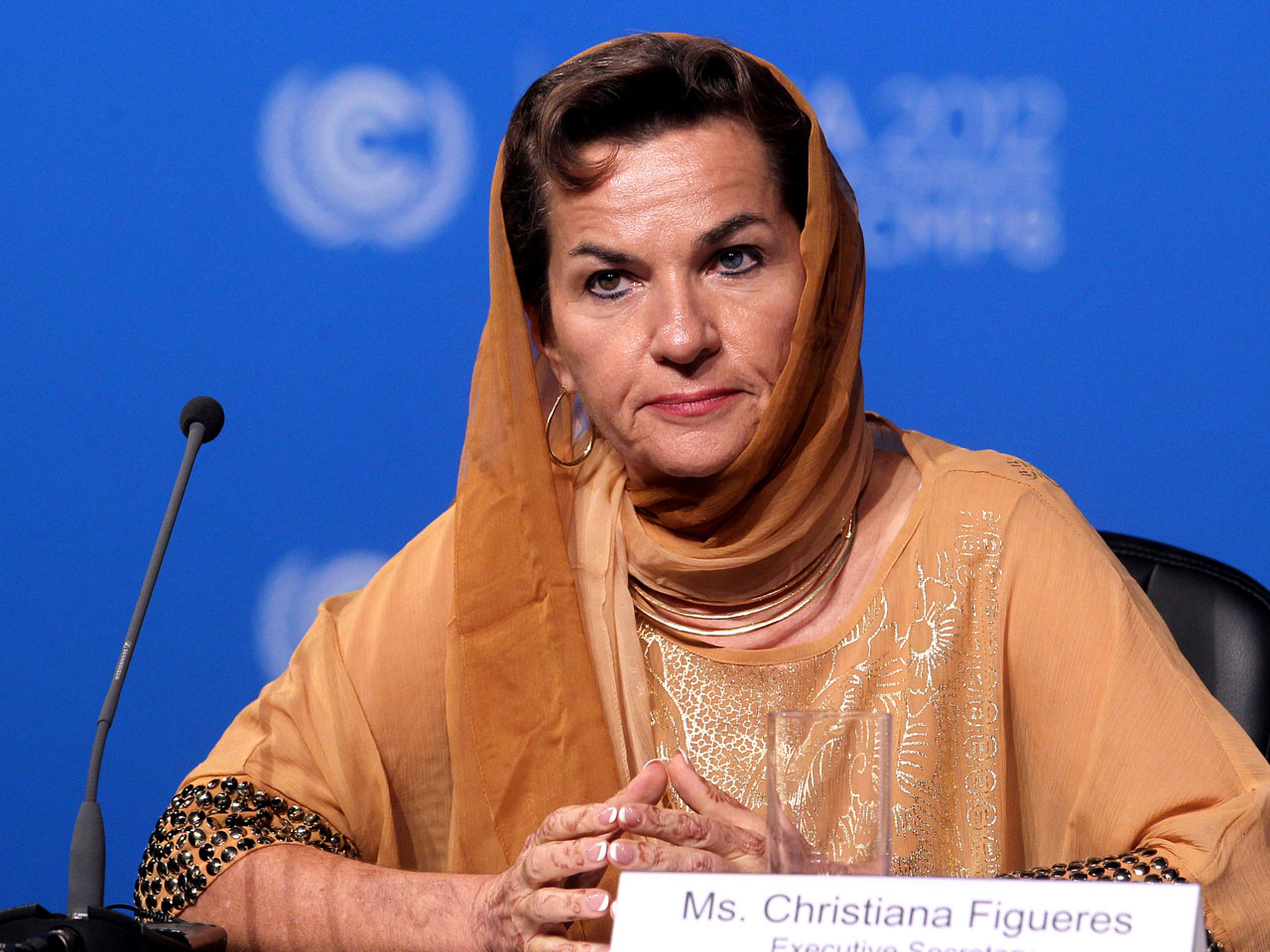 DOHA, Qatar The United Nations climate chief is urging people not to look solely to their governments to make tough decisions to slow climate change, and instead to consider their own role in solving the problem.

Approaching the half-way point of two-week climate talks in Doha, Christiana Figueres, the head of the U.N.'s climate change secretariat, said Friday that she didn't see "much public interest, support, for governments to take on more ambitious and more courageous decisions."

"Each one of us needs to assume responsibility. It's not just about domestic governments," she said.

Her comments came as negotiators from nearly 200 countries were struggling to prepare draft agreements on how to move forward on greenhouse emissions cuts and climate aid for poor countries.

Some delegates worried that gains made at last year's climate talks in Durban, South Africa, were at risk of unraveling, as rich and poor nations bickered over how to pull the world away from a path of potentially dangerous warming.

Most of the struggles surround whether industrial countries will continue their efforts to lower carbon emissions after their current agreements end next year. Wealthier countries are demanding that developing nations like China, India and Brazil also adopt the harsher environmental standards.

"There is a mutual mistrust that is very clear," said Brazil's chief negotiator Andre Aranha Correa do Lago. "We need to get back to the spirit of Durban."

On the opening day of the two-week conference, South African president Jacob Zuma urged deligates put their own personal national interests aside as they looked for a way to solve the climate crisis. He added that Sudan's drought, the drought and famine in Somalia and the extensive flooding in South Africa have all been caused by climate change.

"For most people in the developing countries and Africa, climate change is a matter of life and death," he said.

The slow-moving U.N. process has failed to deliver a global pact to rein emissions of carbon dioxide and other heat-trapping gases.

Such emissions, primarily from the burning of fossil fuels, have grown 20 percent since 2000, according to a recent U.N. report, which showed the gap is growing between what governments are doing and what science indicates must be done to contain warming.

Research presented on the sidelines of the conference Friday indicated that some countries, including the U.S., are unlikely to meet their current, voluntary, emissions pledges unless they step up their climate efforts.

The Obama administration has already taken some steps to rein in emissions, such as sharply increasing fuel efficiency standards for cars and trucks and investing in green energy.

But the study from Climate Analytics, Ecofys and the Potsdam Institute for Climate Impact Research said U.S. policies won't be enough to meet its stated goal of reducing emissions by 17 percent by 2020, compared to 2005 levels.

Others said the U.S. will come pretty close to that goal with new standards affecting emissions from coal-fired power plants.

"I think we can get within spitting distance of the 17 percent," said Jake Schmidt, of the Natural Resources Defense Council.

In Doha, delegates are expected to extend the expiring Kyoto Protocol, an agreement limiting greenhouse emissions of some industrialized countries. The U.S. never ratified that agreement because it didn't include fast-growing developing countries including India and China, the world's top carbon emitter.

Delegates are also supposed to agree on a work plan for a wider pact that would include all countries. It's supposed to be adopted in 2015 and take effect five years later.

Figueres predicted that the conference would end with countries agreeing on a package of compromise decisions, "fully recognizing that whatever comes out of Doha is not at the level of ambition that we need."

Climate activists urged governments, especially from developed countries, to increase their commitments to fight climate change, which scientists say already is melting ice in the Arctic, raising sea levels and shifting weather patterns with impacts on floods and droughts.

"No developed country has come here and raised its emission-target as the science requires," said Mohamed Adow of Christian Aid.

Artur Runge-Metzger, the chief negotiator for the European Union, defended the EU's record on climate action, but admitted the pace of the talks was too slow.

"I'm often frustrated at the slow process," he said. "Still, I think it's worth investing (in these talks), because we invest for future generations."