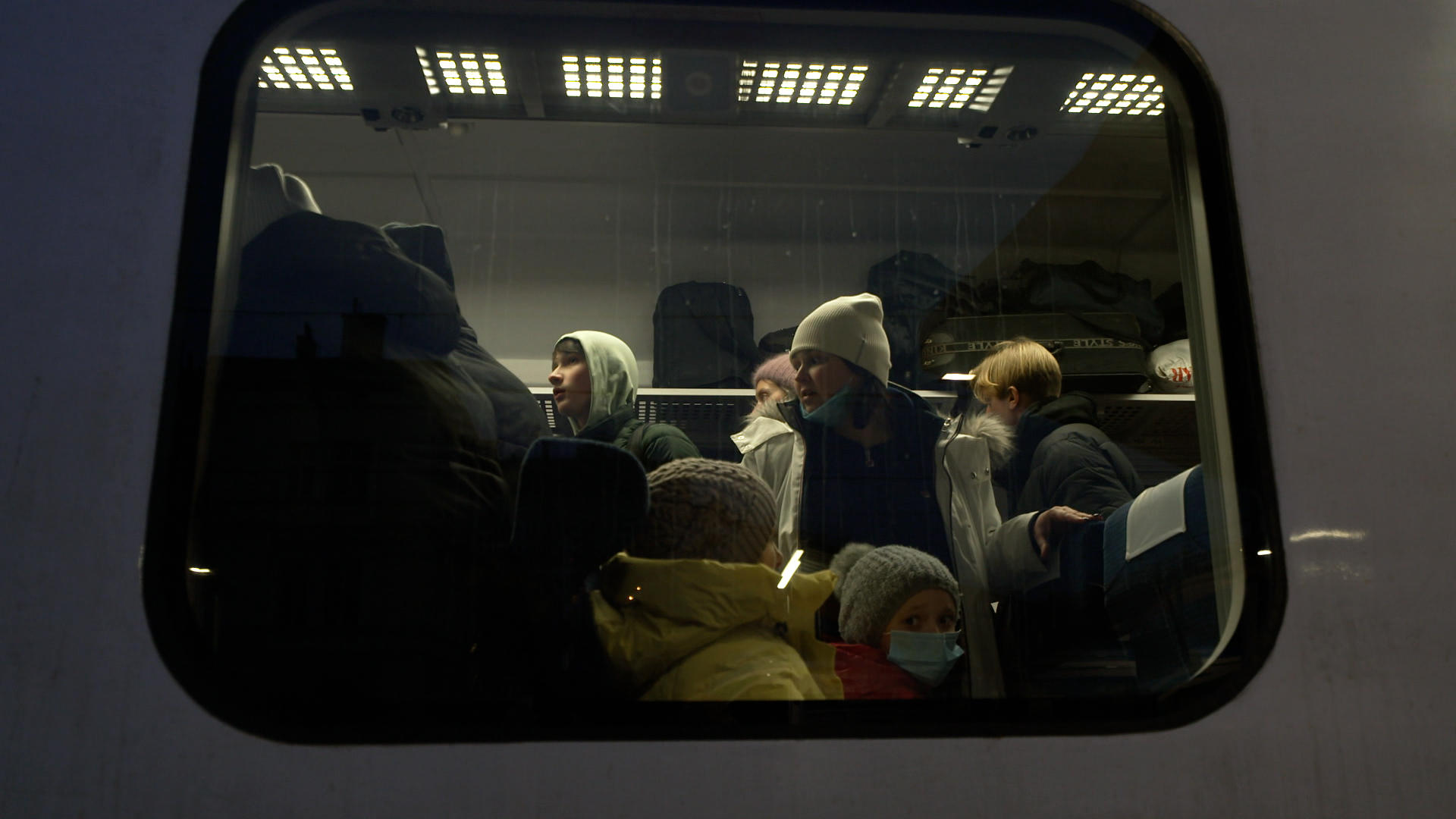 A 19th-century train station in Poland has become the first stop of refuge for thousands of people fleeing war in Ukraine.

At the Przemyśl train station in southeast Poland, trains pull into platform four, unloading some 10,000 to 20,000 people escaping the Russian army each day. Because Ukraine has banned male citizens aged 18 to 60 from leaving, most incoming passengers are women and children. Many have left behind family.

One of those women was Mersanna, who came to Poland from Kryvyi Rih in central Ukraine. "People were not expecting it," Mersanna told 60 Minutes. "So we made a decision to leave. My daughter was not able to leave Kyiv. My mom was not able to travel because my daughter stayed in Ukraine. [My mother] can't travel by herself."

Tatyana, a woman from Vinnytsia in central Ukraine, said she left behind three sons, each of whom has three children. "I am very worried about them," she said. "When I call them now, they say it's still ok to stay there for now. They are patrolling the city in the evening, preparing sandbags, Molotov cocktails."

Once the passengers disembark in Przemyśl, a team of volunteers cares for them. Polish citizens offer soup, hot drinks, free rides — even SIM cards that give cellular access in the European Union and back to Ukraine.

The welcome effort is remarkably organized, particularly given the sheer number of people who are coming through the small town of 60,000. The exodus from Ukraine is one of the fastest human migrations in decades and the fastest in Europe since World War II. Since the war began, more than 1.5 million people have fled Ukraine, according to an estimate by the United Nation refugee agency. More than half of those refugees have gone to Poland.

Despite the hospitality, those arriving by train to Przemyśl described an arduous trip from Ukraine.

"It was hell. It was tiring," said Ali, an Iraqi who had been attending dental school in Kyiv. "Imagine standing for two days. No access to normal things like hygienic products, food, water half the time. Like, toilet — we haven't been to a toilet for four days. What can I do as a human being?"

The UN estimates up to four million refugees may ultimately leave Ukraine. Przemyśl's mayor, Wojciech Bakun, said he is prepared to greet them for the long haul: "We will be here for months, or years, if they need."

Yuval Noah Harari on how he met his husband
Thanks for reading CBS NEWS.
Create your free account or log in
for more features.
View CBS News In
CBS News App Open
Chrome Safari Continue
Be the first to know
Get browser notifications for breaking news, live events, and exclusive reporting.