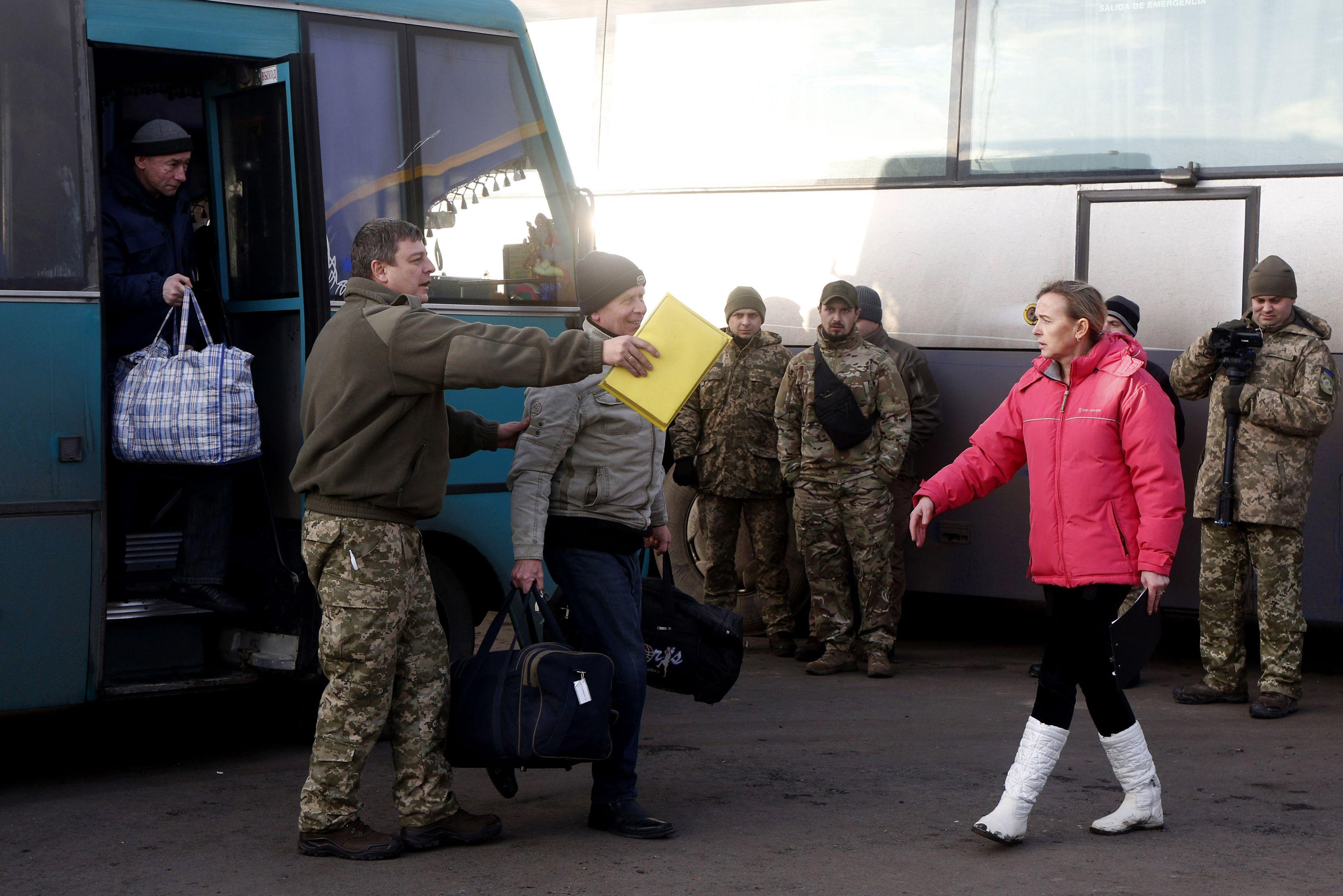 In the first major prisoner exchange in months, separatists from the self-proclaimed Luhansk People's Republic bused 16 captives to the no-man's land on Wednesday while Ukrainian government representatives delivered 99 people.

A simmering conflict in eastern Ukraine between Russia-backed separatists and government troops has killed more than 10,000 since 2014. A truce signed in 2015 stipulated an exchange of all prisoners but both sides are believed to keep dozens, if not hundreds, captive for use as bargaining tools.

Separatist leaders and a Ukrainian government representative agreed on the prisoner exchange last week with the mediation by the head of the Russian Orthodox Church. Ukraine is supposed to release 306 people, and the separatists 74.