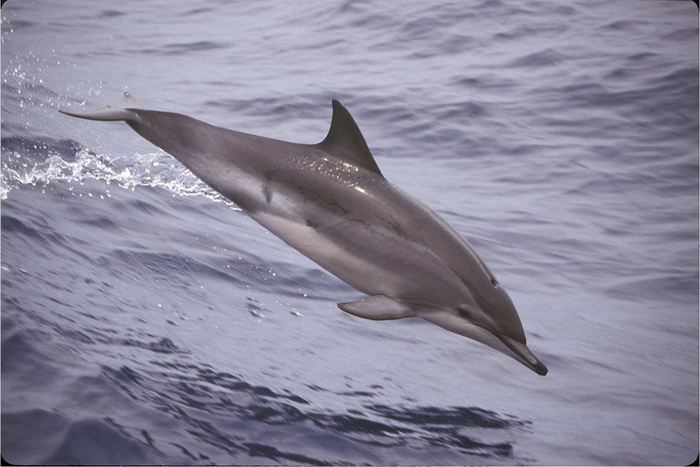 Following the Russian takeover of Crimea this month, a lot of residents of Crimea are being asked to switch sides -- but not all of those residents are human.

Crimea -- formerly a part of Ukraine -- was formally annexed by Russian President Vladimir Putin after Russian troops took control of military bases, ports and other facilities located on the Crimean peninsula.

And now, in addition to millions of people who find that they're new citizens of Russia, the combat dolphins that were once part of the Ukrainian navy have new masters: the Russian Emergencies Ministry, according to state-run news service RIA Novosti. [10 Animal Recruits in War]

Remnant of the Cold War

"We plan on using our dolphins to train together with Emergencies Ministry divers to search for submerged items or arms," an employee of the Sevastopol State Oceanarium told RIA Novosti.

"This means the search for items on the seafloor, patrolling the marine area [and] locating submarines," the employee said on condition of anonymity. "We expect that this will become a separate sphere for military training for the Russian Navy."

The military dolphin program was started in the 1960s during the Cold War, when Russia and Ukraine were part of the Soviet Union. After the fall of the Soviet empire, control of the program was handed over to Ukraine.

The dolphin program was scheduled to be shuttered in April by Ukrainian authorities, but it will now continue under the auspices of the Russian navy. Ukraine -- and the Crimean peninsula in particular -- remain strategically important as one of the region's only warm-water ports, located on the Black Sea.

Russia is one of only two nations known to have dolphins working under military control. The U.S. Navy also has a dolphin-training program at its marine mammal center in San Diego.

In addition to bottlenose dolphins (Tursiops truncatus), the U.S. program also uses California sea lions (Zalophus californianus). The mammals are used to find underwater mines and locate divers or "frogmen" through the use of sonar (dolphins) or keen underwater nighttime vision (sea lions).

"One sea lion, two handlers and a rubber boat searching for objects on the ocean floor can effectively replace a full-sized naval vessel and its crew, a group of human divers and the doctors and machinery necessary to support the divers operating onboard the vessel," according to the program's website.

In 2013, a Navy dolphin made a rare find: a brass torpedo from the late 1800s, recovered from the sea floor off the coast of Southern California.

Though it's not known whether the dolphins in the Russian program have been or will be trained to attack humans or ships, U.S. officials have indicated that offensive maneuvers are not part of their marine mammal program.

"The Navy does not now train, nor has it ever trained, its marine mammals to harm or injure humans in any fashion, or to carry weapons to destroy ships," the program's website states.