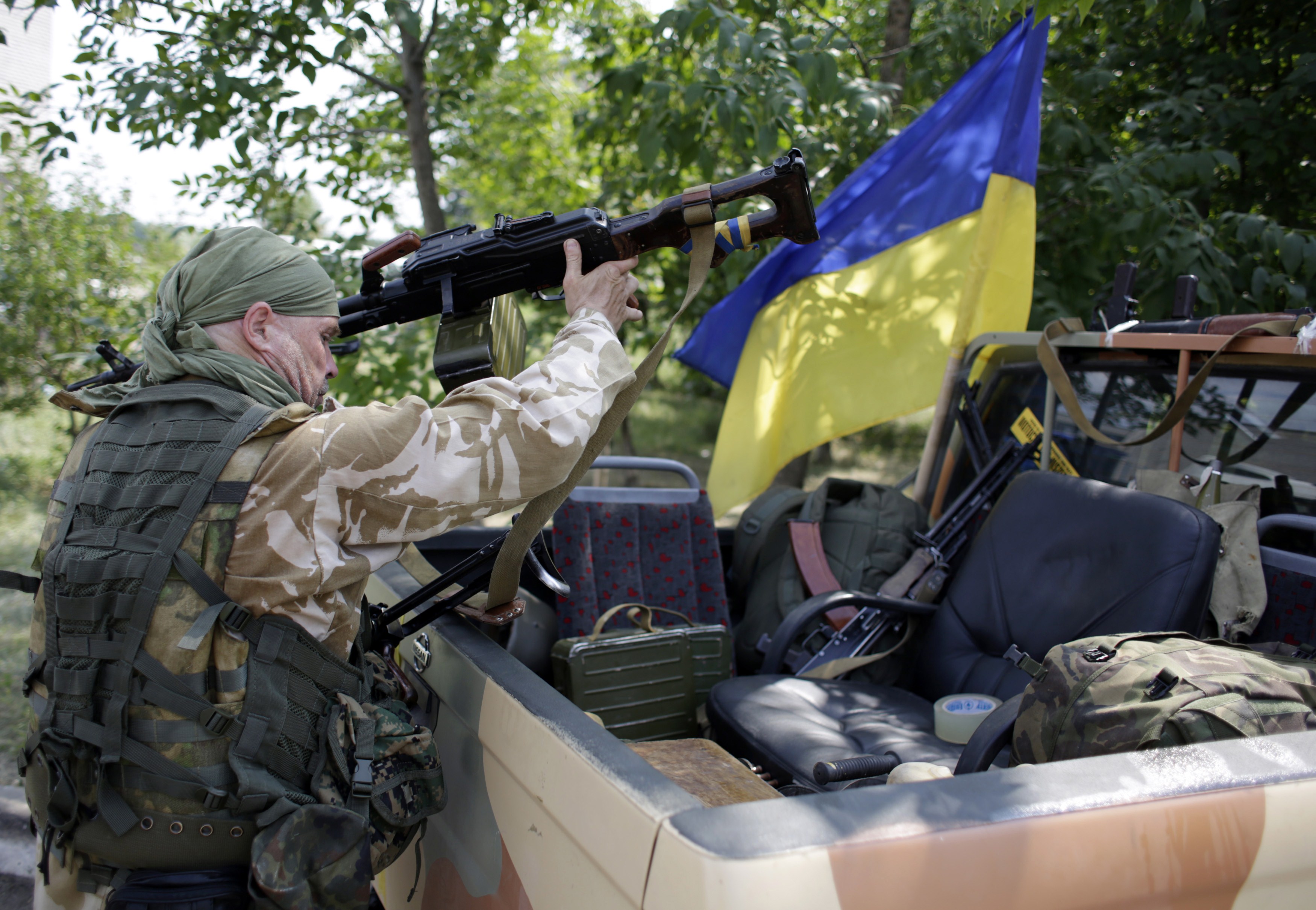 DONETSK, Ukraine -- Ukrainian troops took control of a key checkpoint on the western edge of Donetsk, the biggest city in the rebellious east, and were making gradual advances Tuesday to quash pro-Russian separatist forces.

An Associated Press reporter saw a tank carrying the blue-and-yellow Ukrainian flag Tuesday morning in the suburb of Marinka, which lies on a key road into Donetsk. Rebel combatants could still be seen in sniper positions in a nearby area closer to the city center.

A spokesman for the Ukrainian military operation in the east, Oleksiy Dmitrashkovsky, said further fighting was expected to ensure full control over Marinka.

Donetsk, a city of 1 million people, has largely been spared of fighting earlier during the rebellion that erupted in April but come under shelling in recent weeks.

Meanwhile, Ukraine accused rebels of firing on a group of unarmed Ukrainian soldiers as they returned from the Russian side of the border on Tuesday.

Officials in Kiev said Monday that hundreds of troops engaged in a fire-fight near the border were forced to flee into Russia when they ran out of ammunition. Russian media reported that the soldiers had defected, a claim Ukraine denied.

There were no immediate reports on the number of casualties.