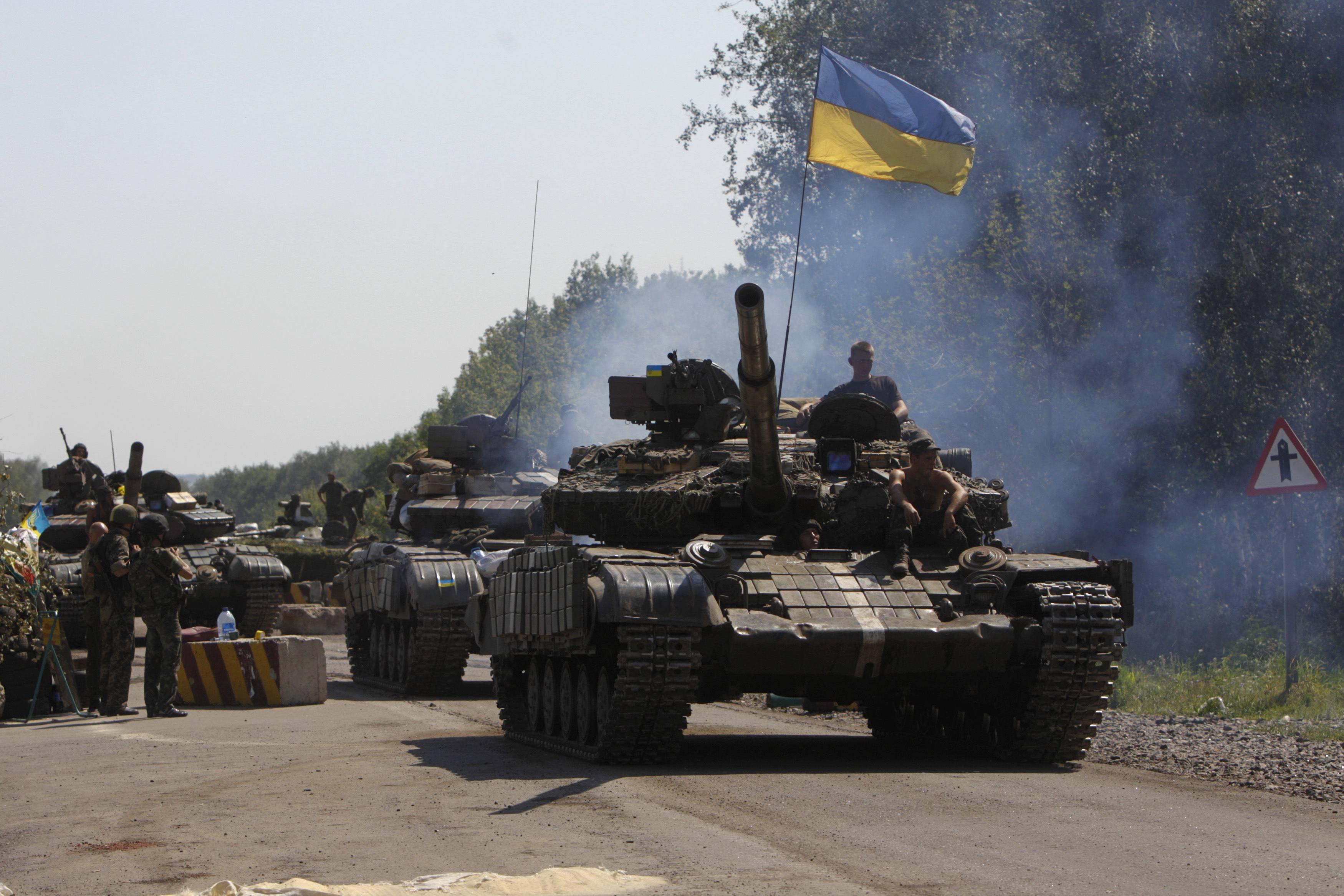 MOSCOW -- More than 400 Ukrainian soldiers have crossed the border into Russia and deserted the Kiev government, news agency Interfax quoted a border security official as saying Monday. Ukraine confirmed the crossing but said the soldiers were forced into Russian territory by rebel fire.

Vasily Malayev, head of the Federal Security Service's border patrol in the Rostov region, told Interfax that 438 Ukrainian soldiers had reached Russia on Monday. He said the Russian side had opened a safe corridor for the soldiers into Russia.

The Ukrainian military confirmed that part of a brigade had most likely crossed into Russian territory, although it disputed Russia's version of events and would not say how many soldiers had crossed the border.

A spokesman for the Ukrainian military operation in the east, Oleksiy Dmitrashkovsky, said troops from the army's 72nd brigade were penned into their position and came under a sustained barrage of rocket attacks from separatist forces. Rebel fighters fired for four hours from multiple heavy weapons, including tanks, mortars, artillery and Grad missile launchers, Dmitrashkovsky said, and eventually the brigade was forced to divide up into two sections to break out.

"One was meant to break out and join forces with a support unit. The other unit had the task of providing fire cover," Dmitrashkovsky said. "In doing that they fired their weapons until no ammunition remained, after which they abandoned their position and reached a place near a border crossing on Russian territory."

Dmitrashkovsky said it was too early to confirm how many soldiers had crossed into Russia.

"We do not have such information. The Russians are capable of claiming anything they want," he said.

Earlier Monday, Interfax reported that Russia's air force began military drills in central and western regions of the country, a move that could spark further fears that Moscow is ready to flex its military muscle in Ukraine. Russian media -- all of which operate under tight government scrutiny -- said the scale of the exercise would be unprecedented.

The drills will start Monday and last through Friday, air force chief Igor Klimov was reported as saying, and will involve more than 100 fighter jets and helicopters. Among the weapons being used in the drills, according to Russian news outlets, were surface-to-air missiles.

Russia's Ministry of Defense could not be reached for comment.

Washington -- and much of the international community -- accuses the pro-Russian separatists fighting in eastern Ukraine downed Malaysia Airlines Flight 17 using a Buk surface-to-air missile system, possibly provided by Moscow. Russia has denied any role in the plane's downing, and insists it does not support the rebels.

The separatists in eastern Ukraine have been battling the Kiev government since April, a conflict that has claimed at least 1,129 civilian casualties, according to a U.N. estimate.

Diplomatic efforts to end the conflict have stalled, and while clashes continued nearby, investigators using sniffer dogs were able to recover more human remains and personal belongings at the Flight 17 crash site on Saturday, the head of an international recovery mission said.

Speaking from the Ukrainian capital Kiev, Pieter-Jaap Aalbersberg said 70 Dutch and Australian investigators were able to reach the site for the second consecutive day.

Aalbersberg did not give details of the remains recovered. His team is searching for decomposing remains of approximately 80 victims spread over an area of 8 square miles - a process expected to take weeks.

He thanked the warring sides for allowing the mission to proceed, after being delayed most of the week by fighting.

"This is of great importance to the international police officers, the experts and, especially, the victims' families," he said.