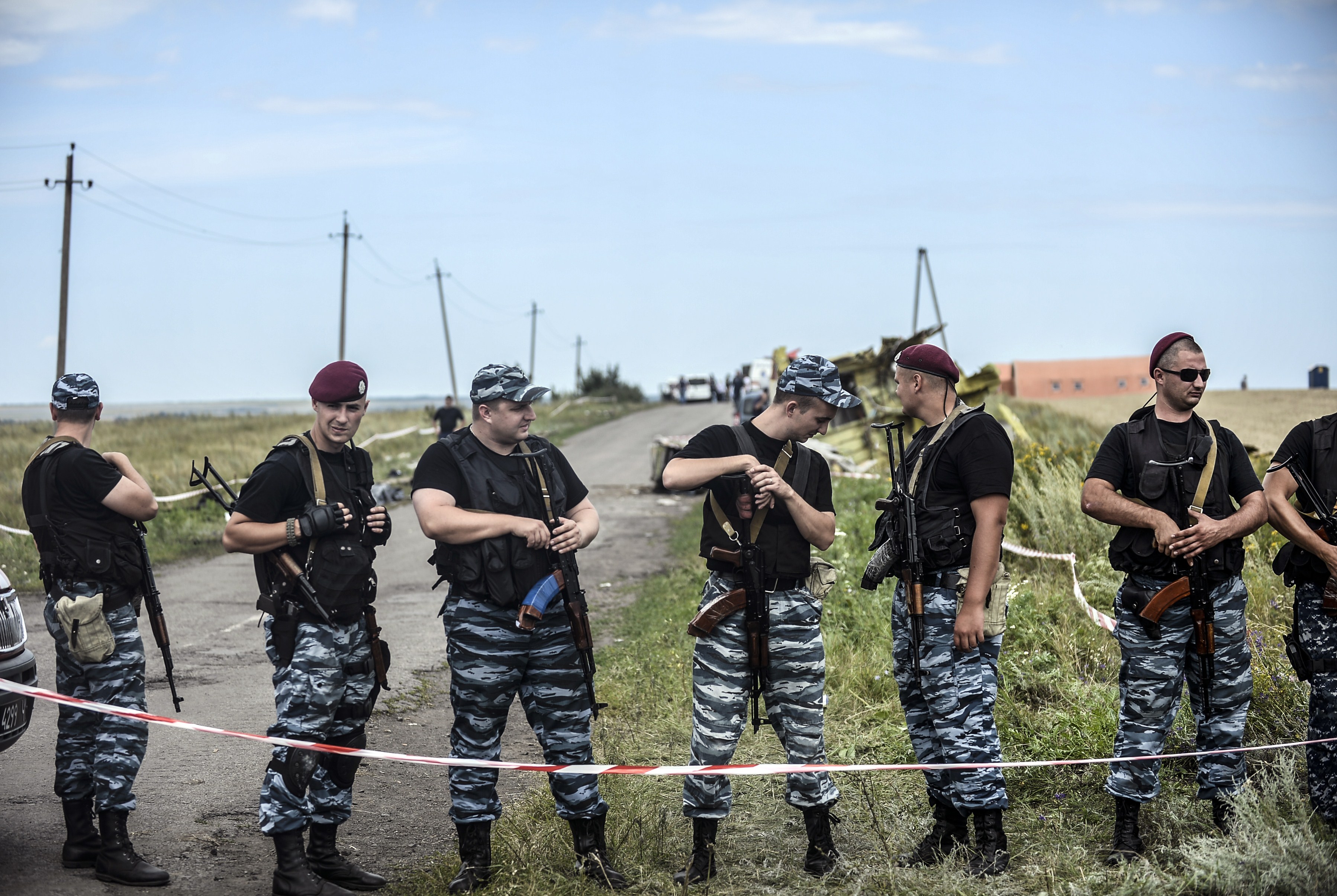 KIEV, Ukraine -- Just 20 miles from the site of the Malaysia Airlines plane wreckage, pro-Russia rebels said they shot down two Ukrainian fighter jets Wednesday. The separatist group Donetsk People's Republic said in a statement on its website that one of the pilots was killed and another was being sought by rebel fighters.

However, later Wednesday, Reuters reported that Ukraine's Security Council said that preliminary information indicated that missiles were fired from Russia.

"Two of our jets were hit at an altitude of 5,200 meters. According to preliminary information, the missiles were launched from the territory of the Russian Federation," the council said in a statement cited by Reuters.

The Sukhoi-25 fighters were shot down 1:30 p.m. local time Wednesday over an area called Savur Mogila, according to the country's Defense Ministry. Defense Ministry spokesman Oleksiy Dmitrashkovsky says the planes may have been carrying up to two crew members each.

MANPADS are a considerably less-advanced weapon with far shorter reach and power than the multiple-vehicle "Buk" or SA-11 system that U.S. intelligence agencies believe the pro-Russian separatists likely used to down Flight 17, possibly believing it was a Ukrainian military aircraft.

In fighting on the ground, meanwhile, a rebel leader writes on Facebook that his men have retreated from two villages on the Russian border about 30 miles from the scene of the crash. He says 30 rebels have been injured.