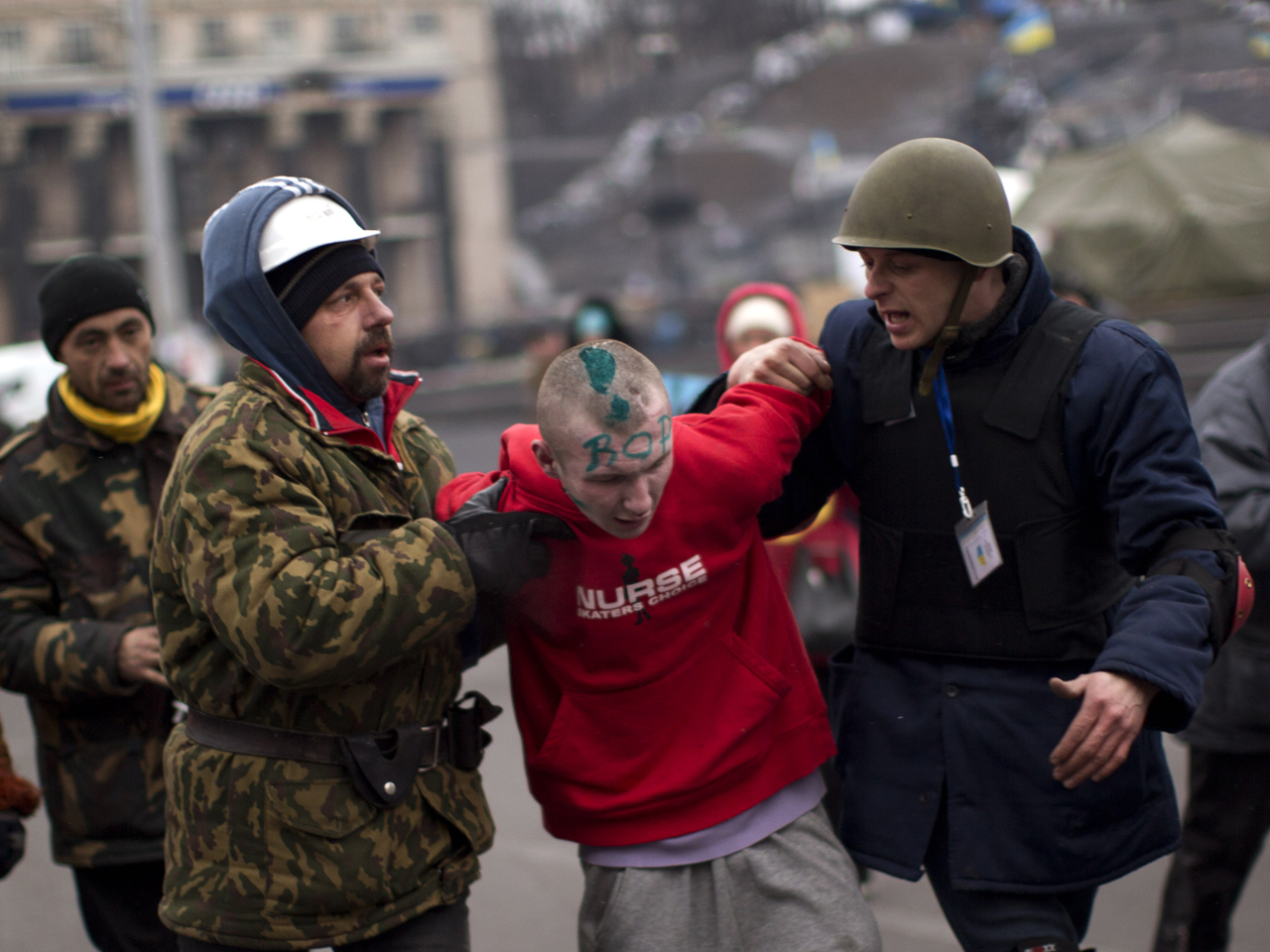 KIEV, Ukraine -- Parliament speaker says that a new government should be in place by Thursday, a delay reflecting intense ongoing consultations.

Oleksandr Turchinov has previously said the new government could be formed on Tuesday.

Turchinov was named Ukraine's interim leader after President Viktor Yanukovich fled the capital after signing a peace deal with opposition leaders to end violent clashes between police and protesters and Kiev.

Law enforcement agencies have issued an arrest warrant for Yanukovich over the killing of 82 people, mainly protesters. Yanukovich's whereabouts are unknown. He was last reportedly seen in the Crimea, a pro-Russia area.

The parliament sacked some of Yanukovich's lieutenants and named their replacement, but it has yet to appoint the new premier and fill all posts.

Turchinov said he would meet law enforcement agencies later Tuesday to discuss what he described as "dangerous signs of separatism" in some regions following Yanukovich's overthrow. He gave no details in his remarks to deputies.

Some members of parliament have warned that Ukraine could be split because of concerns about Yanukovich's ouster in pro-Russian regions in the east and south of the country.

In Russia, meanwhile, Foreign Minister Sergei Lavrov warned against putting the Ukrainian people in a position of choosing between Moscow and the West.

"It is dangerous and counter-productive to try to force upon Ukraine a choice on the principle: 'You are either with us or against us,'" he said. "We are interested in Ukraine being a part of a common European family in all meanings of this word."

After meeting with the foreign minister from Luxembourg, Lavrov said he and his European counterpart had, "confirmed our underlying position of non interference in internal Ukrainian matters and expect that everybody will follow a similar logic and use contact with different political forces in Ukraine to influence them to calm the situation down rather than to try and gain unilateral opportunistic advantage."

As CBS News correspondent Holly Williams reports, however, Ukraine is deeply divided, and many of the hardcore protesters who fought to see Yanukovich forced from office are still on Kiev's streets, and they want to see the ousted leader face justice -- at the very least.

"He will die, Yanukovich must die," one man told Williams as he stood guard outside the parliament building. "He killed Ukrainian people. He killed Ukrainian boys." Williams said that with no police on Kiev's streets, and young men bent on revenge standing guard in their place, there are fears of a power vacuum in the country.

In the country's south -- one of the areas alluded to by Turchinov on Tuesday morning in his remarks about "signs of separatism," there have already been clashes between those who helped topple the former leader, and others who still support him.

Inside parliament in Kiev, opposition leader Arseniy Yatsenyuk assured Williams on Monday that there wouldn't be any mob justice if Yanukovich was caught, and he insisted that parliament was in control of the nation, saying that Ukraine had just undergone a "revolution, and revolution always has complications and repercussions."

After months of violent protests that claimed dozens of lives, the only thing that looked certain Tuesday in Kiev was that Ukraine's troubles were far from over.