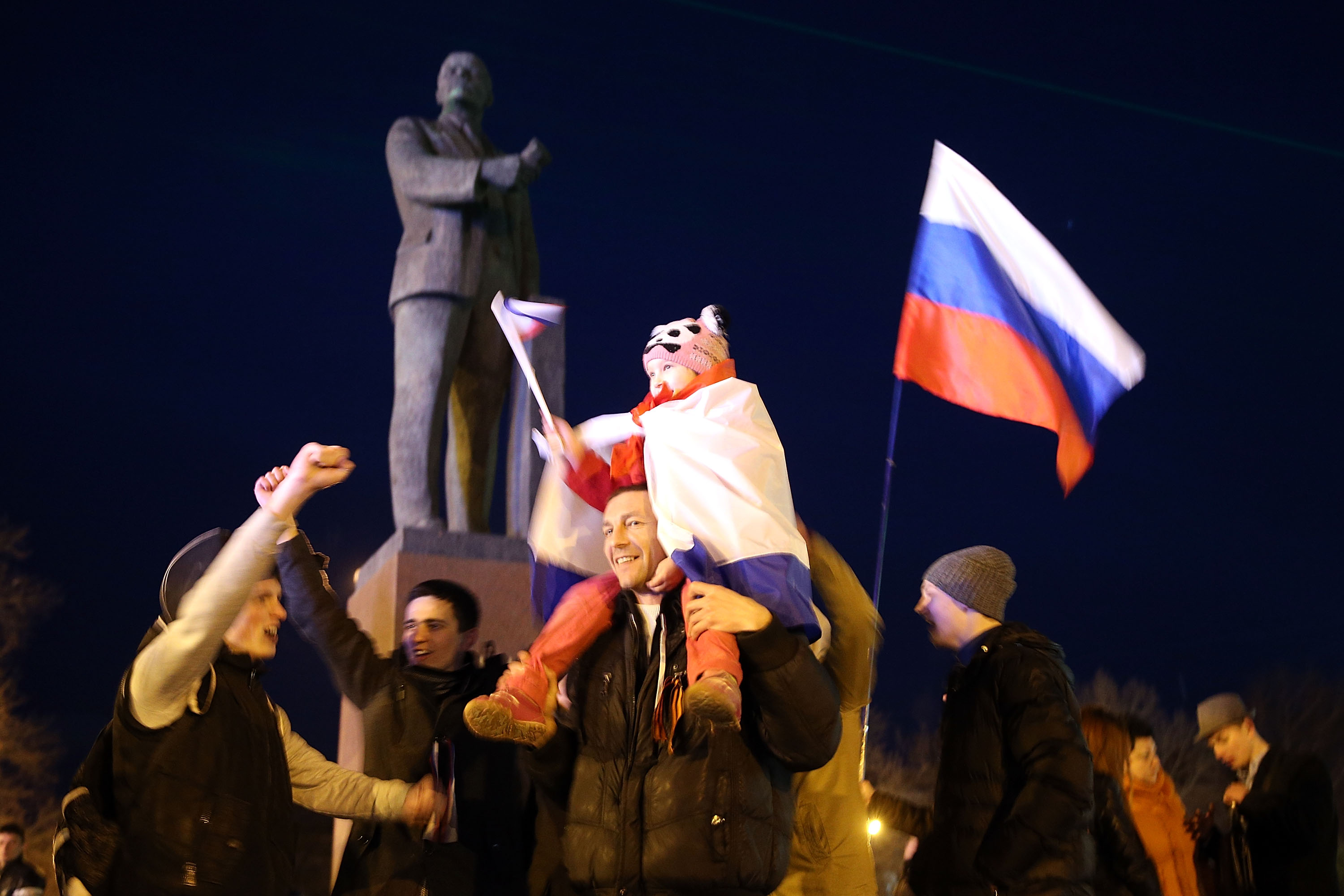 As residents of Ukraine's Crimean peninsula vote Sunday on whether the region should maintain ties with Ukraine or secede -- and with early exit polls suggesting a strong inclination toward secession -- U.S. lawmakers and administration officials rejected the legitimacy of the ballot referendum, vowing not to recognize any result that violates Ukraine's territorial integrity or sanctions Russia's incursion into the peninsula.

"We reject the 'referendum' that took place today in the Crimean region of Ukraine," explained a statement from the White House on Sunday. "This referendum is contrary to Ukraine's constitution, and the international community will not recognize the results of a poll administered under threats of violence and intimidation from a Russian military intervention that violates international law."

"In this century, we are long past the days when the international community will stand quietly by while one country forcibly seizes the territory of another," the statement added.

President Obama personally weighed in on the secession vote on Wednesday during a meeting with Ukraine's interim Prime Minister, saying the U.S. would not recognize the "slapdash" referendum and vowing to "stand firmly behind the Ukrainian government."

Sen. John McCain, R-Ariz., who led a bipartisan group of senators to meet with the new government in Ukraine this week, similarly dismissed Sunday's vote in Crimea as "bogus," but he added that the probable result - a vote to secede - is not very much in doubt.

"I think in the short term, clearly now with the overwhelming military superiority and the actions that Putin has taken, you can't say that there is anything but a fait accompli," he said on CNN. "But having said that, that doesn't mean that we somehow say, 'OK...you, Vladimir Putin, can have a major part of a country...that your country itself signed an agreement in return for Ukraine's returning their nuclear capabilities, that they guaranteed the territorial integrity of it.'"

"Look, it is a bogus thing," McCain added. "We used to call it 'plebicide' in the days of Hitler and Stalin."

Sen. Chris Murphy, D-Conn., who accompanied McCain to Ukraine, said the mood was "tense" in the region.

"Clearly, they were watching events in Crimea," he explained on ABC's "This Week." "This sham referendum isn't fooling anyone."

Murphy predicted the region would vote to secede, but he warned that Russia was already fixing its sights beyond Crimea to the remainder of Ukraine.

"I don't think that Putin's ambition is Crimea here. Ultimately, his ambition is to try to keep control of the entirety of Ukraine. If he controls Crimea and loses the rest of Ukraine, which is 95 percent of the population, that's a loss for Russia's world power and prestige," Murphy said. "So I think he may stop after this referendum and try to negotiate something with Ukraine that would pull them away from the European Union."

As the standoff continues, President Obama's administration and some in Congress have been pushing for an aid package that would provide some relief to Ukraine's ailing economy and sanction Russia for its military incursion in Crimea.

On Sunday, the top lawmakers on the Senate Foreign Relations Committee, which passed such a bill on Wednesday before Congress left D.C. for a week, described the aid package as a step in the right direction during an interview on "Fox News Sunday."

"The sanctions that we passed out of the foreign relations committee the other day are very biting, one of a kind," said Sen. Bob Corker, R-Tenn., the top Republican on the committee. "We've never done this before where economic extortion and corruption are a part of those."

Committee chairman Sen. Bob Menendez, D-N.J., said threat of sanctions would put some muscle behind U.S. negotiators as they seek to defuse the crisis and prevent further Russian aggression.

"Having those sanctions ready, whether it be against the defense minister, the federal security service, the secretary of the Security Council, possibly the executives of Gazprom, and Rosneft, which are their oil and gas companies, send a very clear message," he said. "Now, if Russia doesn't act in the Duma, their congress, to go ahead and accept annexation, that's one thing. But if they move towards that goal, then I think ultimately, the sanctions need to be enforced, along with our European allies, because that will have the biggest bite."