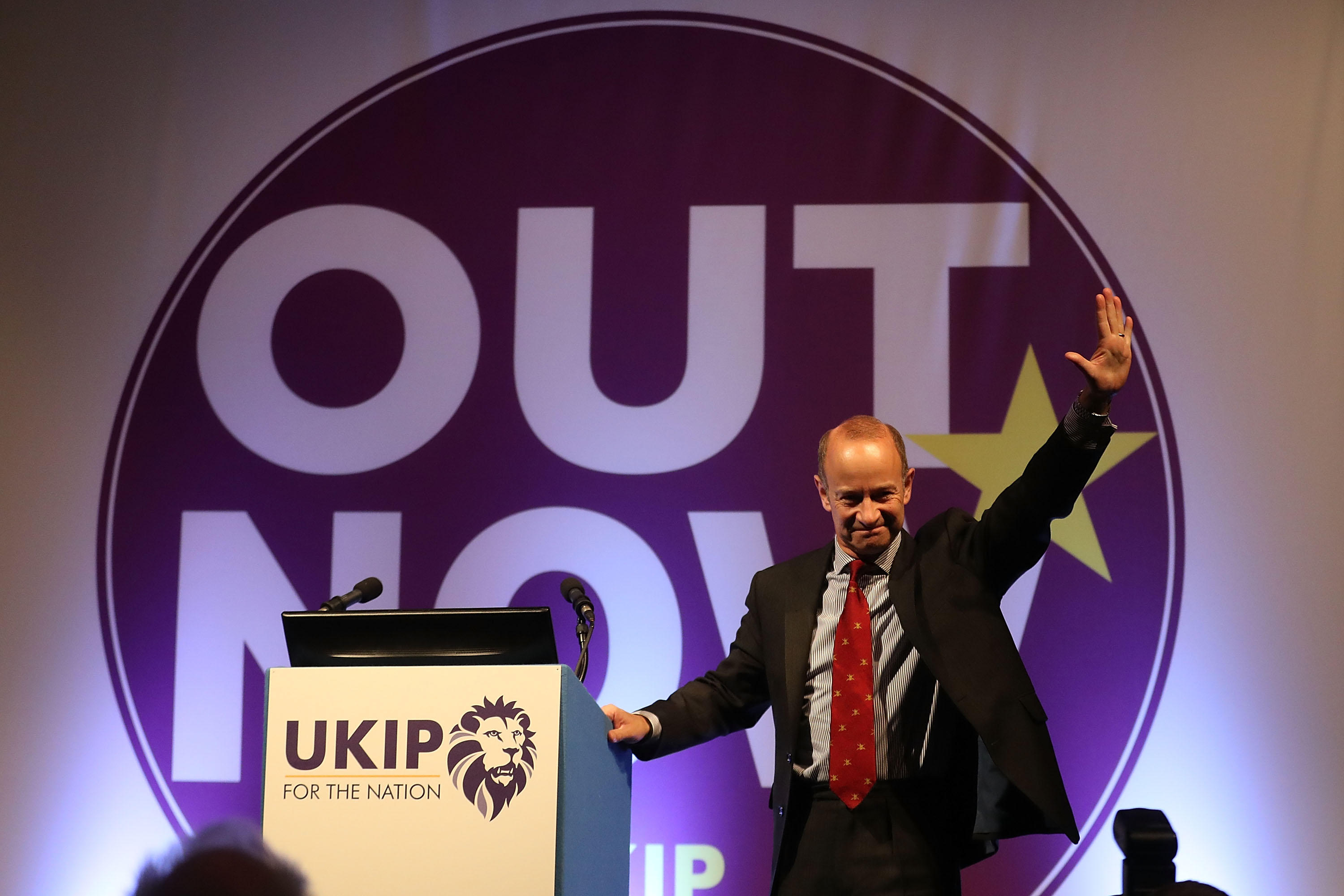 LONDON -- The leader of the anti-EU U.K. Independence Party says he has broken up with his girlfriend after she made racist remarks about Prince Harry's fiancee, Meghan Markle. Henry Bolton said Monday that "the romantic side" of his relationship with 25-year-old Jo Marney was over.

But the 54-year-old former soldier told ITV that he would not resign as party chief.

Marney, who describes herself as a model and actor, was suspended from UKIP after the Mail on Sunday newspaper published text messages to a friend in which she said Markle would "taint" the royal family.

Marney has apologized for the "shocking language," but says her words were taken out of context.

UKIP helped drive Britain's decision in 2016 to leave the European Union, but has struggled since then to retain support.