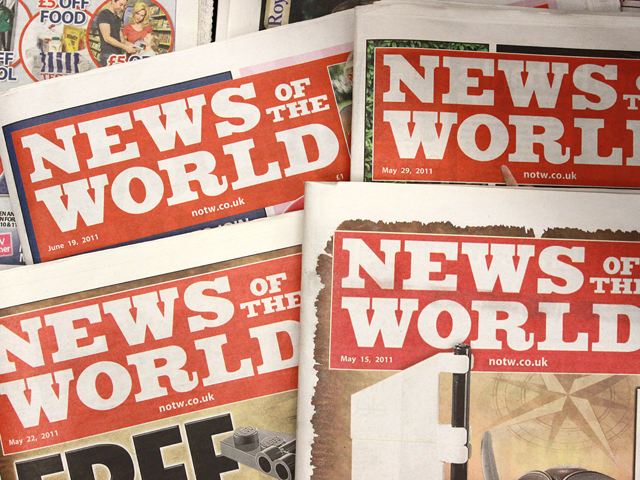 LONDON - London's police force said Tuesday it was dropping a demand that The Guardian newspaper reveal the confidential sources for its stories about Britain's phone-hacking scandal. The decision follows a chorus of unified criticism from the country's hyper-competitive media outlets.

The Metropolitan Police said that after taking legal advice it "has decided not to pursue, at this time, the application for production orders" against the paper.

"We would have fought this assault on public interest journalism all the way," he said. "We're happy that good sense has prevailed."

The Guardian has been at the forefront of reporting on the hacking scandal, running stories that exposed the Rupert Murdoch-owned News of the World tabloid for routinely intercepting the voicemails of those in the public eye in its quest for scoops.

The Guardian said last week that police were seeking a court order that would force it to unveil source material for several stories about the scandal that has shaken the Murdoch media empire. It vowed to fight the demand, and rival papers joined it in condemning the police move to uncover reporters' sources.

The outcry was especially strong because the police demand referred to breaches of the Official Secrets Act, which is generally associated with espionage and national security cases.

The stories in question included a July 4 article that revealed the now-defunct News of the World hacked into the voicemail messages of missing British schoolgirl Milly Dowler, who was later found murdered.

That revelation horrified Britain, and sparked the still-unfolding scandal. Already, the 168-year-old newspaper has been shut and several top executives from Murdoch's News Corp. have been ousted.

The furor also has tarnished London's police force, which failed to uncover the scale of the tabloid's wrongdoing in its initial investigation. The force's chief and one of his most senior lieutenants resigned in July amid allegations of too-cozy professional and social links to Murdoch journalists.

A police officer has been arrested on suspicion of passing information about the force's hacking investigation to the newspaper, and a Guardian reporter, Amelia Hill, has been questioned by police about the alleged leak.

Rusbridger said that "threatening reporters with the Official Secrets Act was a sinister new device to get round the protection of journalists' confidential sources."

But the police said it Tuesday that it was only its officer who was suspected of breaching the act; the demand against The Guardian was made under another law, the Police and Criminal Evidence Act.

It said in a statement that "despite recent media reports there was no intention to target journalists or disregard journalists' obligations to protect their sources."