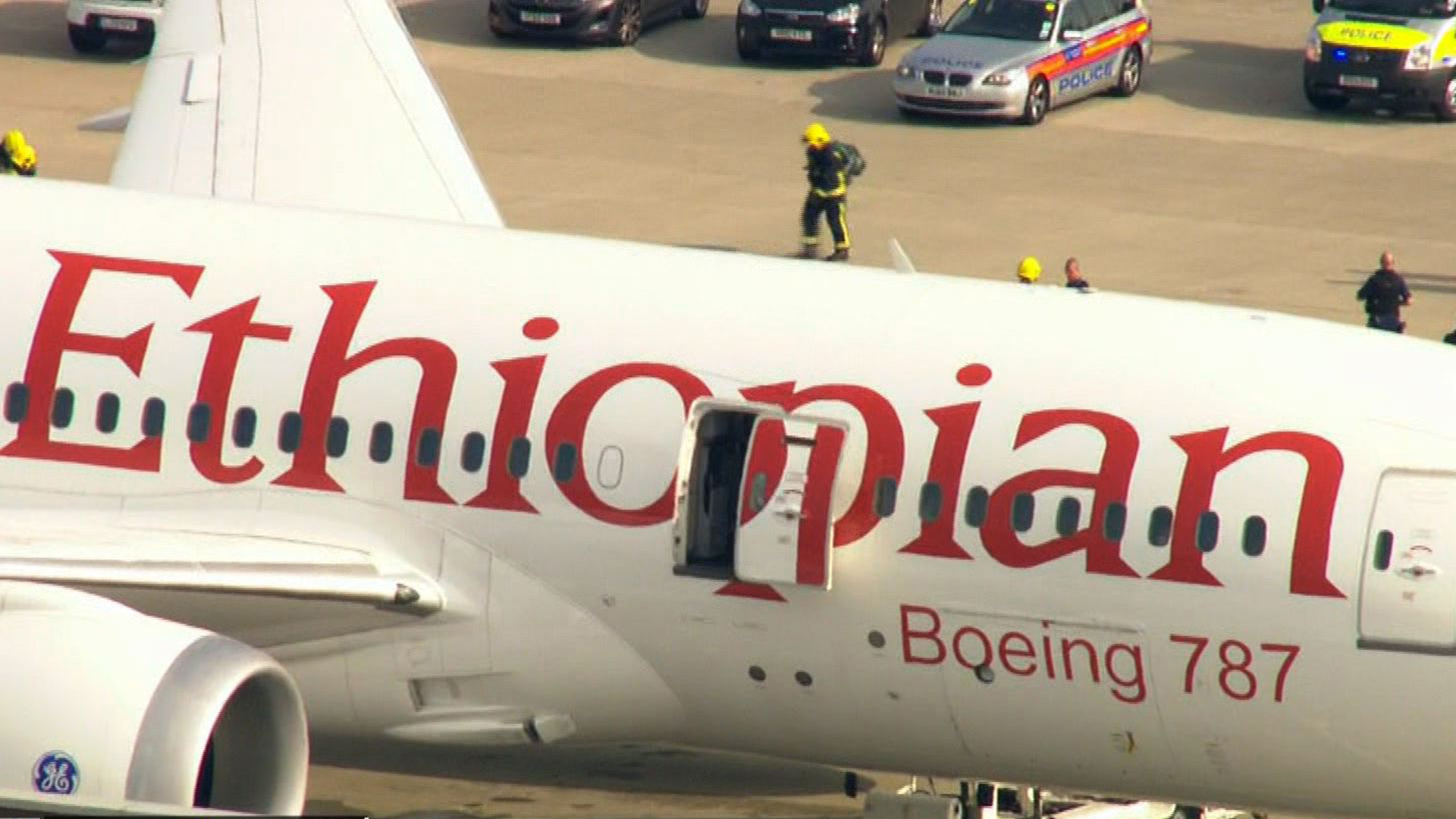 The Air Accidents Investigation Branch also recommended that the FAA and other regulators carry out a safety review of lithium-battery powered emergency locator transmitter systems in other types of aircrafts.

In a report issued Thursday, the investigators said that the greatest damage to the parked Ethiopian Airlines Dreamliner occurred around the aircraft's Rescu406AFN emergency locator transmitter - or ELT - near the tail section of the plane.

Investigators said it was not clear if the fire was caused by the transmitter's lithium-manganese dioxide batteries or a short near or around the transmitter, but recommended that the Federal Aviation Administration switch off the Honeywell transmitter in all Boeing 787s "until appropriate airworthiness actions" can be carried out.

A spokeswoman for the investigation branch said the easiest way to make the transmitter systems "inert" - as set out in their recommendations - would be to take out their batteries.

Investigators acknowledged that the Honeywell ELT model is fitted in a wide range of planes and previously had experienced no similar issues.

"However, large transport aircraft do not typically carry the means of fire detection or suppression in the space above the cabin ceilings and had this event occurred in flight it could pose a significant safety concern and raise challenges for the cabin crew in tackling the resulting fire," the report said.

Boeing spokesman Marc Birtel noted that the transmitter isn't required by U.S. federal aviation laws, but is required by some foreign regulators for their airlines or their airspace.

Birtel said the transmitter, which helps with search and rescue operations, takes about an hour to remove from a 787.

A spokesperson for the Federal Aviation Administration did not immediately respond to requests for comment.

When news of the Ethiopian Airlines' blaze at first broke last week, investors in Boeing were worried that the lithium ion battery problem that had grounded the whole 787 fleet in January for four months had not been fixed. However, the AAIB said early on there was no evidence that was the case in the Heathrow incident.

On Thursday, Boeing Co. said it supported the British investigators' recommendations - which it called "reasonable precautionary measures" - and was working with regulators to take appropriate action in response.

"We are confident the 787 is safe and we stand behind its overall integrity," the company added.

Honeywell, the maker of the ELTs for 787s and other aircraft, says it supports the recommendations as well.

"As a safety-first focused company, we support the AAIB's proposal and will offer assistance to Boeing and the airlines if needed," the company said in a statement. "The investigation continues, and it's premature to jump to conclusions."