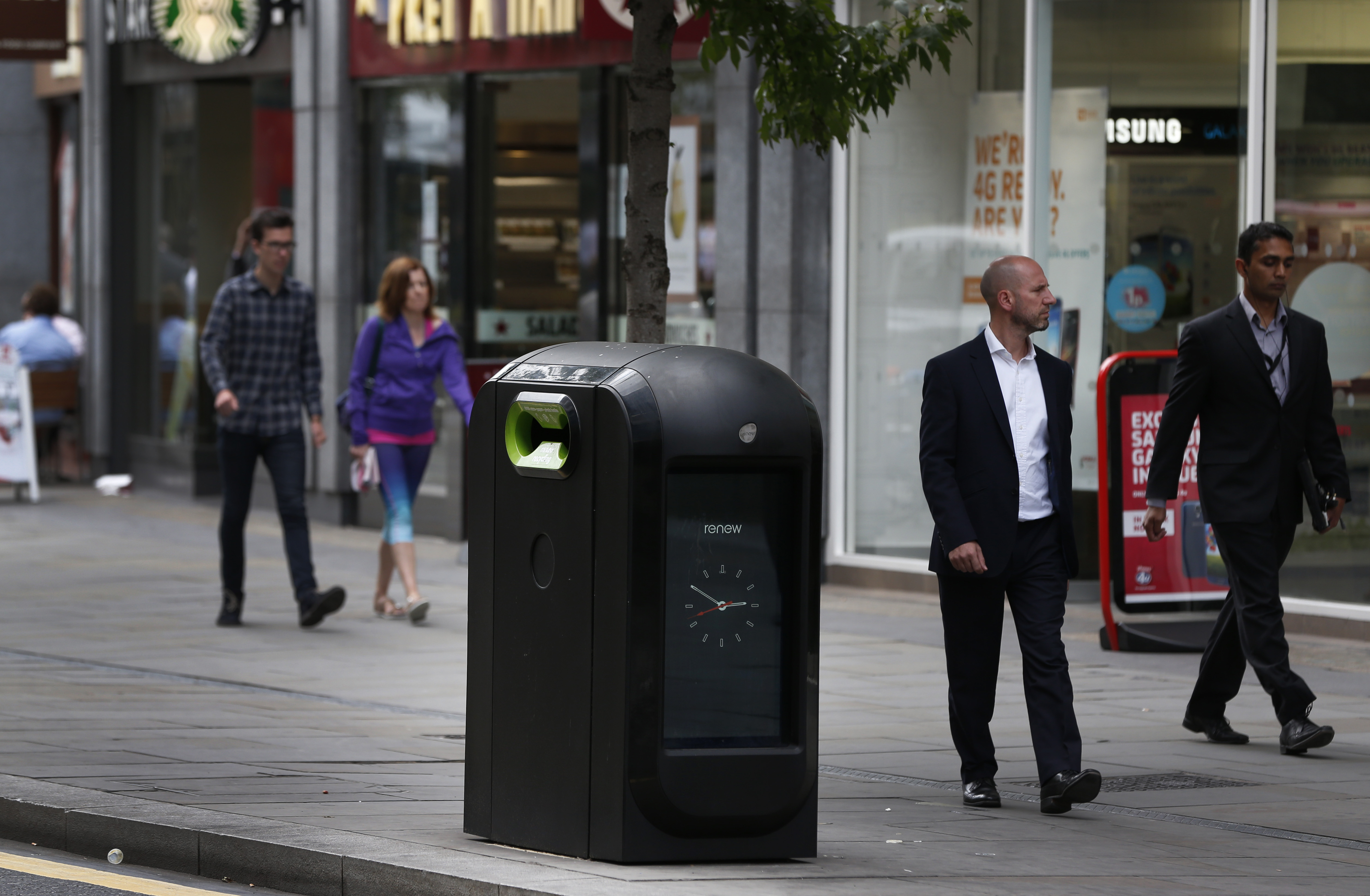 The Renew ad firm has been using technology embedded in the hulking receptacles to measure the Wi-Fi signals emitted by smartphones, and suggested that it would apply the concept of "cookies" -- tracking files that follow Internet users across the Web -- to the physical world.

"We will cookie the street," Renew Chief Executive Kaveh Memari said in June.

But the City of London Corporation insisted that Renew pull the plug on the program, which captures smartphones' serial numbers and analyzes signal strength to follow people up and down the street.

"We've pulled the plugs. We're done with the trial," Memari told CBSNews.com, and added that the program was a two-month trial that ended in June.

The trash cans join a host of everyday objects from televisions to toilets that are being manufactured with the ability to send and receive data, opening up new potential for interaction -- and surveillance.

It's unclear how Renew had to use the data, which were gathered by its reinforced, shoulder-height pods stationed near St. Paul's Cathedral and Liverpool Street Station. Memari says the company has no plans for the data because the trial was meant to only test the merit of the technology.

But if a company could see that a certain smartphone user spent 20 minutes in a McDonald's every day, it could approach Burger King about airing an ad on the bin's video display whenever that user walks by at lunchtime. Or it could target its commercials in real time by distinguishing between people who work in the area and visiting tourists.

Renew first tested the technology using 12 trash cans in May, but the story didn't get traction until last week when a sudden burst of publicity surrounding the "spy bins" put authorities on the defensive.

"Anything that happens like this on the streets needs to be done carefully, with the backing of an informed public," read a statement from the City of London Corporation, which is responsible for the city's historic "square mile," home to financial institutions, law firms and tourist landmarks.

A spokesman for the body said it had been blindsided the tests, which he said it learned about through the press only last week.

Britain's data protection watchdog said it would investigate, while Nick Pickles of the privacy advocacy group Big Brother Watch said questions need to be asked "about how such a blatant attack on people's privacy was able to occur."

Memari defended the program, saying it was collecting anonymous and aggregated media access control (MAC) addresses, but could not gather personal data from devices.

"We're not really following an individual MAC address," Memari said. "It can't tell the difference between a people and devices or people and cars. There's a lot of noise in the data."

He added that the company is planning to evaluate the technology and if it deems worthy of development, the company will work with privacy groups to ease concerns over surveillance.