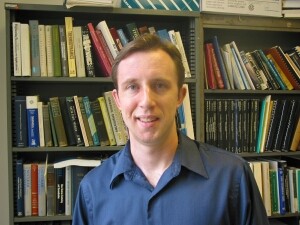 Investigators in Los Angeles are still searching for a motive in Wednesday's murder-suicide at the UCLA campus.

Sources identify the gunman as Mainak Sarkar. CBS News has confirmed that he used a 9mm semi-automatic pistol to kill 39-year-old engineering professor William Scott Klug in an office, before taking his own life.

Students in the midst of finals week filed out of classrooms and buildings with their hands raised.

"Then there was a police officer and he was like yelling at us to get out, get out, with a machine gun," said a witness.

One student posted images of police inside the building, going door to door with guns drawn.

Students and staff were instructed to find a secure place as hundreds of LAPD officers, the FBI and the ATF responded to the 30,000-student campus. But without proper locks, students were forced to improvise, using chairs, power chords and a foosball table to make sure no one could enter.

"But our doors open outward so it was very hard to try to lock it because it didn't have a lock," said UCLA student Lauren Robinson.

UCLA Provost Scott Waugh said the school is now aware of the issue and and plans on addressing.

"We'll review the locks on the doors and any security issue that has arisen during the course of today," Waugh said.

Police recovered at least one gun and a note at the scene.

"There is evidence there... that could be a suicide note but we do not know that at this point," said LAPD Police Chief Charlie Beck.

Friends and family are remembering the victim, William Klug - a professor of mechanical and aerospace engineering and a husband and father of two young children, who coached his son's little league team.

The team took the field Wednesday without their coach. Parents said it's what Klug would have wanted.

"It's hard to even fathom to have your... son grow up without a dad, is rough," said Lance Giroux, Klug's friend. "So I'm hoping the community here can kind of rally around that."

The college students were not the only ones in danger Wednesday - 19 second graders were reportedly visiting the campus when the lockdown happened.

Role of power in sex misconduct