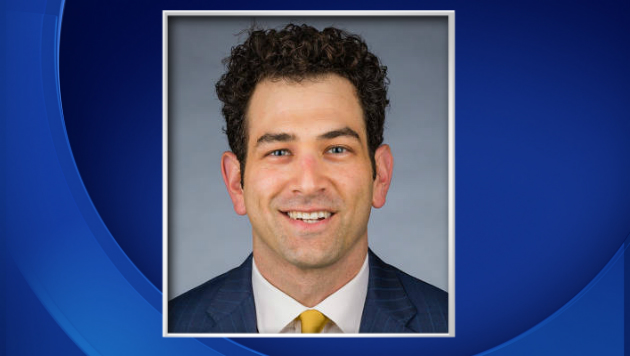 SAN FRANCISCO -- An assistant men's basketball coach at the University of California, Berkeley, was fired for violating the school's sexual harassment policy, the fourth campus employee in the last year to face sexual harassment allegations that were substantiated during campus investigations.

"You're talking about a guy who's part of your staff and a family member," Martin, who is in his second year coaching at California, told reporters during a conference call. "We continue to push forward. It's not an easy thing, but we'll find our way."

The woman who accused Hufnagel of sexual harassment, a female journalist, is not affiliated with the school, university spokesman Dan Mogulof said. It opened an investigation in August after she complained about a "detailed series of communications and behaviors" from Hufnagel between November 2014 and May 2015, Mogulof said.

The woman was in touch with Hufnagel as part of her work, and campus investigators concluded in a report issued Monday that some or all of the behavior she reported violated the university's sexual harassment rules, Mogulof said.

A report on the investigation showed Hufnagel sent the woman text messages filled with sexual innuendo and once tried to trick her into going to his apartment.

The reporter who complained about Hufnagel's actions told investigators she felt trapped into tolerating his unwelcome advances because she relied on him as a news source.

The report states Hufnagel acknowledged wanting to have sex with her but that he did not think his behavior was inappropriate because she did not work for the university.

Posts on Facebook and Twitter pages that appear to belong to Hufnagel say the charges are unfounded and that he planned on being cleared.

"My time to exonerate myself of a fruitless claim by a reporter will come," posts on both sites said Monday.

He told ESPN that he was hiring lawyers and said he was surprised by the attempt to fire him.

"I'm crushed," Hufnagel told the TV network. "I can't believe it. I'm blindsided. I never imagined this would be the outcome."

He didn't reply to several emails from The Associated Press seeking comment. A public phone listing for him rang unanswered.

The university has faced criticism for what some saw as its light-handed discipline in the three earlier cases, involving the campus' vice chancellor for research, a prominent astronomer and the dean of the law school. All three men initially were allowed to keep their jobs but ended up resigning under pressure.

In response to the mounting disclosures, University of California President Janet Napolitano announced on Friday that she is appointing a system-wide committee to review and approve all proposed penalties for high-level administrators who violate sexual assault and harassment policies. Previously, it had been up to individual campuses to impose sanctions on their own officials.

Choudhry, whose former executive assistant sued him over sexual harassment, resigned as dean on Friday, according to KPIX. He remains on the faculty because the university's tenure rules say faculty members only can be fired by that panel.

Napolitano also ordered Dirks to remove former Vice Chancellor of Research Graham Fleming from the administrative position he has held since he resigned last April amid harassment allegations from the top assistant vice chancellor in his department.

"Prompt and effective responses to findings of sexual harassment and sexual violence are key to changing behavior," Napolitano wrote to Dirks.

She also is awaiting recommendations for strengthening the process for reporting, investigating and issuing sanctions in sexual misconduct cases involving faculty members.

Hufnagel's was in his second year as an assistant coach. He worked with the university's guards last year and the team's backcourt was considered one of the best in the Pac 12 conference, the school said.

Before UC Berkeley and a year at Vanderbilt University, Hufnagel spent four years as an assistant basketball at Harvard University. He was credited with helping develop guard Jeremy Lin, who now plays for the NBA's Charlotte Hornets.