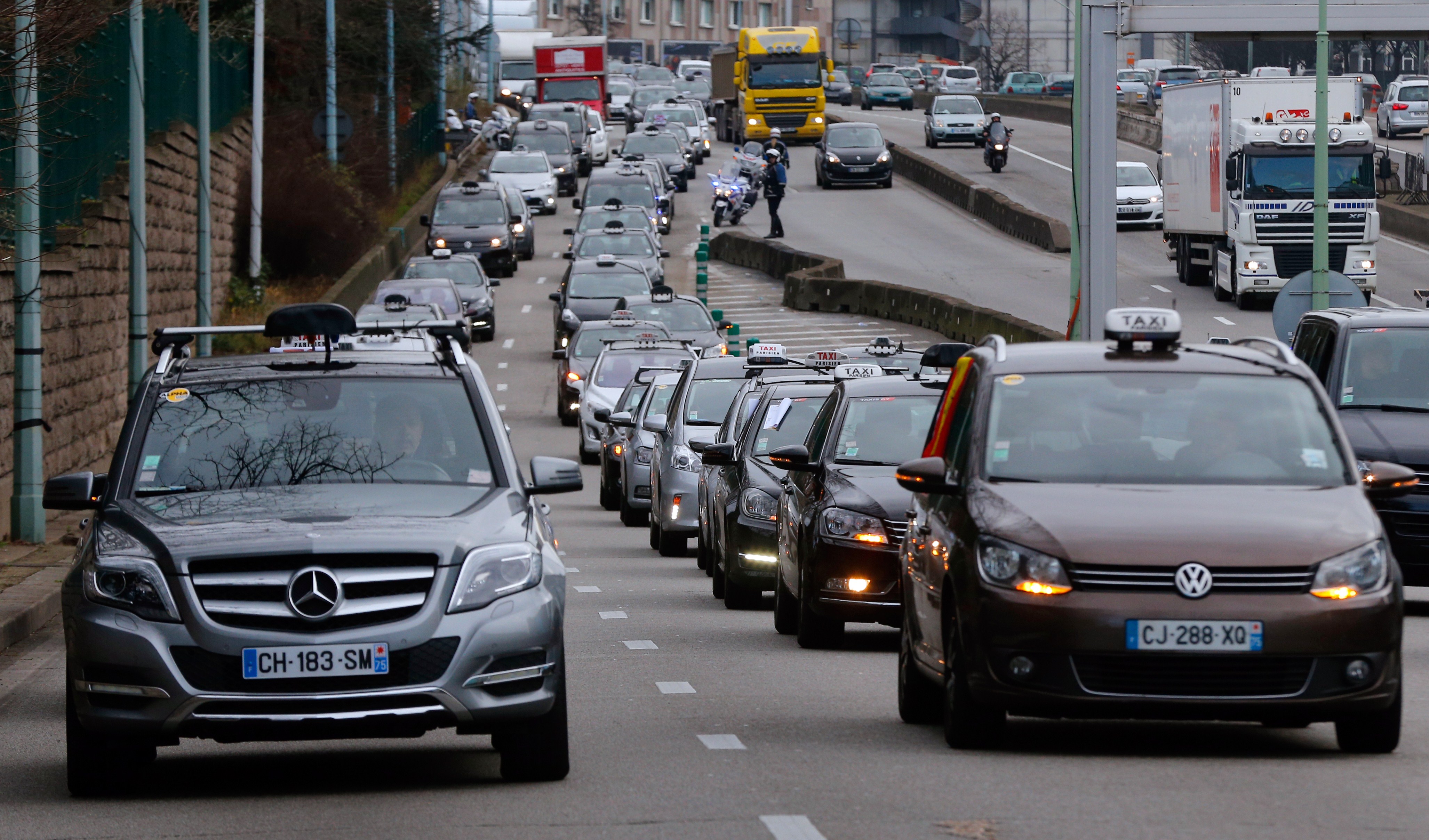 The idea behind the Uber car service -- use a smartphone app to easily summon a car, inform the driver about your destination, and pay -- got its start in Paris. But resistance in the French capital turned ugly Monday when an attack left an Uber car with slashed tires and a broken window.

"Got attacked in an Uber by cab drivers on strike near Paris airport: smashed windows, flat tires, vandalized vehicle, and bleeding hands," tweeted Kat Borlongan, co-founder of Five by Five, a firm specializing in the idea of open data.

"Attackers tried to get in the car, but our brave Uber driver maneuvered us to safety, changed the tire on the freeway, and got us home," she said. "We're fine. Grateful that our Uber driver was cool-headed and that the doors were locked," she added.

Eventbrite chief technology officer Renaud Visage also was in the car, French tech blog Rude Baguette reported. Visage confirmed to CNET that he was in the car, traveling with Borlongan after a flight from Manila, Philippines, to Paris.

Also on Monday, Uber rival Allocar reported an attack. Allocar Marketing Manager Christophe Amalric said in a tweet that a driver in the company's network had been assaulted and that the car was damaged.

A taxi strike, involving a road-clogging drive from Paris' two major airports to central Paris, is protesting "VTC" (voiture de tourisme avec chauffeur) services such as Uber, LeCab, SnapCar and AlloCab -- and a tax increase. The protest was contentious, involving pepper spray and thrown eggs, according to Le Parisien's account, but apparently some conflicts are between taxi drivers who are striking and those who are trying to work.

Traditional taxi businesses have often been hostile toward Uber and similar rivals, and many cities are also imposing obstacles. In France, the resistance took the form of a rule starting January 1 that requires a minimum 15-minute wait before an Uber-like service can actually pick up a passenger.

Uber is fighting back by rallying its customer base, said Uber CEO Travis Kalanick in a December appearance at the LeWeb conference in Paris.

Allocab is fighting the 15-minute wait rule with an appeal, FrenchWeb.fr reported, and it also has launched a Twitter campaign against the VTC rule.

France has a strong reputation for protecting its workers -- something that established businesses and startups don't like. Employees and union leaders held executives captive in labor negotiations involving a Goodyear tire plant early this year, and venture capitalists tussled with a French minister at LeWeb over regulatory difficulties.

Uber confirmed the report Monday and released this statement in a blog post:

Unfortunately, we can confirm this morning’s incidents in Paris. We strongly condemn this severe violence with which Uber riders and partners were confronted.

First and foremost, we are relieved that all involved are safe and ok. Uber’s partner-drivers showed great courage and professionalism, focusing on getting customers out of very challenging situations as swiftly as possible.

That taxis chose to use violence today is unacceptable, that they chose to strike is their business. However, Parisians also have a choice when it comes to moving around in their city, and today’s incident certainly discourages Parisians from choosing a taxi for their next ride. Safety, reliability and choice, not violence, are what continue to draw customers towards private hire vehicles (VTCs).

This article originally appeared on CNET under the headline "Taxi dispute gets physical in France with attack on Uber car."