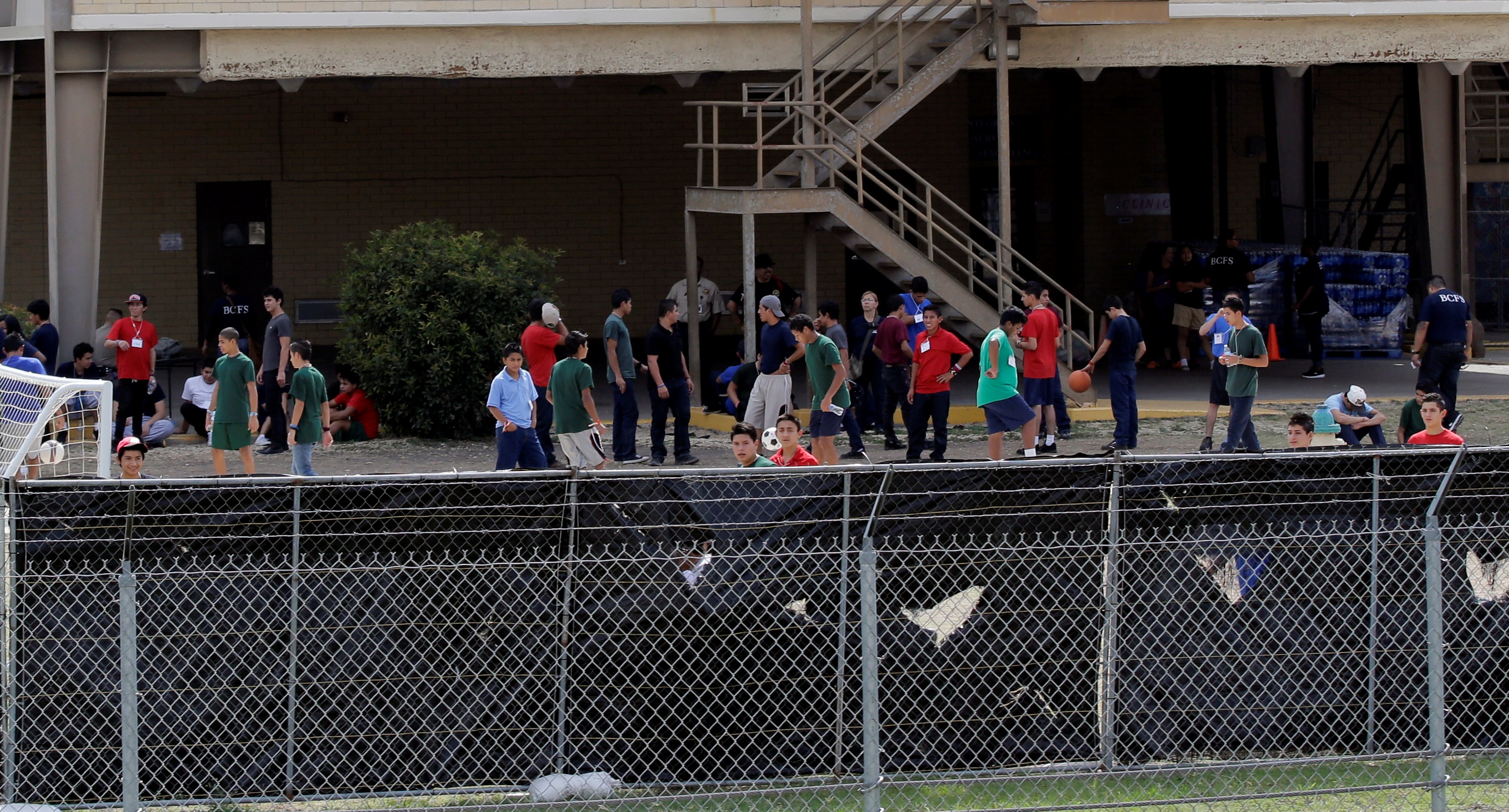 WASHINGTON - The government said Monday it will soon close three emergency shelters it established at U.S. military bases to temporarily house children caught crossing the Mexican border alone. It said fewer children were being caught and other shelters will be adequate.

A shelter in Oklahoma at Fort Sill is expected to close as early as Friday, the Health and Human Services Department (HHS) said. Shelters in Texas at Joint Base San Antonio-Lackland and in California at Naval Base Ventura County-Port Hueneme will wrap up operations in the next two to eight weeks, agency spokesman Kenneth Wolfe said. About 7,700 children had been housed at the three military bases since shelters there opened in May and early June. They stayed an average of 35 days.

"To prudently manage its resources, HHS's Administration for Children and Families will be suspending these temporary facilities," HHS said in a statement. "We are able to take this step because we have proactively expanded capacity to care for children in standard shelters, which are significantly less costly facilities. At the same time, we have seen a decrease in the number of children crossing the southwest border."

Since Oct. 1 more than 57,000 unaccompanied children, mostly from Honduras, El Salvador and Guatemala, have been caught crossing the Mexican border illegally.

A 2008 law requires that unaccompanied child immigrants from countries that don't border the United States be handed over to the Health and Human Services Department within 72 hours of being apprehended. The children are cared for by the government until they can be reunited with a relative or another sponsor in the United States while they await a deportation hearing in immigration court.

across the government and prompted President Barack Obama to ask Congress to approve an emergency $3.7 billion spending bill to deal with what he described as a humanitarian crisis. Just before leaving town for the August recess, the House approved a pair of bills that would provide the administration with $694 million and end a program that protects some young immigrants from deportation for up to two years.

Obama objected, saying Republican lawmakers are "not even trying to solve the problem."

The Senate had blocked its version of the border bill, leaving the problem unresolved before Congress left Washington for its five-week summer recess.

Last month, the Homeland Security Department reported that the number of child immigrants crossing the border alone had started to decline, from as many as 2,000 each week in June to about 500 each week in mid-July. Administration officials said at the time that multiple factors likely contributed to the decline.

The number of people caught crossing the border illegally typically declines during the hottest summer months.

Administration officials have said as many 90,000 child immigrants could cross the border by the end of the budget year in September.

The military base shelters could reopen if the number of young border crossers spikes again in the near future, Wolfe said.